AG Xavier Becerra stopped short of backing proposals to have his office investigate police uses of force and sidestepped questions about nationwide calls to reduce funding for police departments.

Attorney General Xavier Becerra on Monday called for California to create a way to end the law enforcement careers of police officers who engage in serious misconduct, along with other changes in tactics and training in the wake of weeks of national protests over police brutality.

The California state attorney general is calling for police reforms in all departments, a day before President Trump is expected to sign an executive order on policing, following nationwide protests and calls for action. Ian Cull reports.

But he stopped short of backing proposals to have his office investigate police uses of force and sidestepped questions about nationwide calls to reduce funding for police departments.

Becerra, a Democrat, supported stripping away officers’ training certifications if they’ve been fired from one agency so that they can’t be hired by other agencies. He also said agencies should have to complete their investigations into alleged misconduct even if officers quit, forestalling a practice that has allowed some to go to work elsewhere.

“At this stage, California does not have a system in place to decertify a peace officer,” Becerra said. “It could take any number of forms .... Certainly there would be a due process requirement in any decertification. There would be collection of the facts and evidence. There would be presentation so that an arbiter on this would be able to reach a decision.”

Many of his other proposals on use-of-force mirror national proposals, he said. Others date back 18 months, to when his office recommended changes to the Sacramento police department after two officers fatally shot Stephon Clark, a black vandalism suspect, when they said they thought the cellphone he was holding was a gun.

They include requiring officers to intervene if they see a colleague using excessive force; training officers to de-escalate conflicts and use force as a last resort; and barring the use of any physical holds that choke off suspects’ blood or oxygen supply.

Becerra further said there should be restrictions on when officers can use rubber bullets, tear gas, pepper spray or and batons to control mass protests like the ones that roiled the nation in the wake of the death of George Floyd, a black man who died in May after a white Minneapolis police officer pressed his knee on Floyd’s neck. 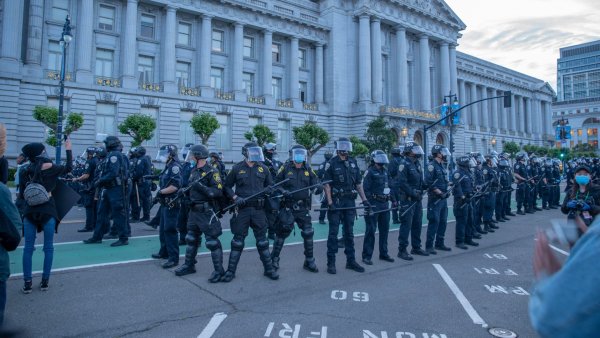 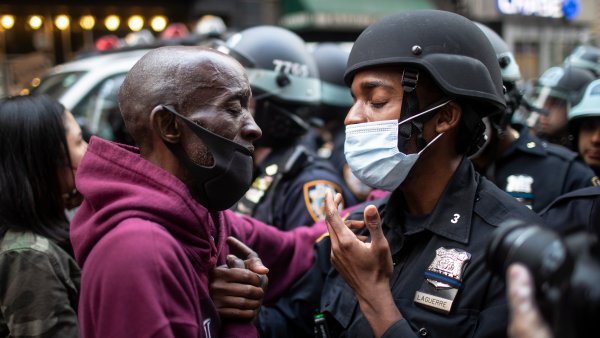 He joined calls by some California civic leaders to reconsider the role of police in responding to reports that do not involve criminal behavior.

“It should surprise no one that when you call someone who is trained to enforce the law, including by the use of force, then there could be an outcome where force is used in a situation where it may not even involve criminal conduct,” Becerra said.

Sacramento Mayor Darrell Steinberg on Monday proposed having the capital city over the next two years create a new civilian department to answer such calls instead of having police respond.

Sacramento also will appoint an inspector general to independently investigate officer-involved shootings and the use of force that results in serious bodily injury or death, Steinberg said. He endorsed legislation by Assemblyman Kevin McCarty, a Democrat from Sacramento, that would create an independent review unit within Becerra’s office to review use-of-force cases and pursue criminal charges.

Becerra himself didn’t go that far, saying only that he supports enhancing his office’s existing capacity for “collaborative reviews” of local agencies’ policies and practices.

Los Angeles District Attorney Jackie Lacey said the big barriers preventing prosecution of police officers are the law allowing the use of lethal force and a propensity of jurors to give officers’ the benefit of the doubt.

But she said she is again considering having a group of investigators handle police shootings that are not from the officers’ own agency.

“What George Floyd has done and what this discussion has done is make me think, ‘Is there a better way?’ Because people seem to have written off the process,” she told The Associated Press in an interview on Friday. “We should look at are there other ways so the public has more faith in it. Because clearly some in the public don’t.”

Three large California police unions on Sunday announced their support for reforms, countering recent criticism that such unions nationwide have been a roadblock to firing dangerous or racist officers and other changes.

“Police unions must root out racism wherever it rears its ugly head and root out any racist individual from our profession,” said the Los Angeles Police Protective League, San Jose Police Officers Association and the San Francisco Police Officers Association in a joint statement. “There are also some people who don’t possess the temperament to be members of law enforcement.”

They called for creating a national database of officers fired for gross misconduct so other agencies won’t hire them; a national use-of-force standard; and de-escalation training for officers.