Coronavirus Testing Will Be Available When In-Person Classes Resume: Officials

The state's acting public health officer reassured educators across the state Wednesday that they will have access to testing for the novel coronavirus whenever their county allows in-person classes to resume.

Schools will not be allowed to open for in-person classes until their county has been out of the highest tier on the state's color-coded reopening framework for at least 14 days.

However, some schools in the highest tier will still be able to submit waiver requests to resume in-person classes for "small cohorts" of students with disabilities. 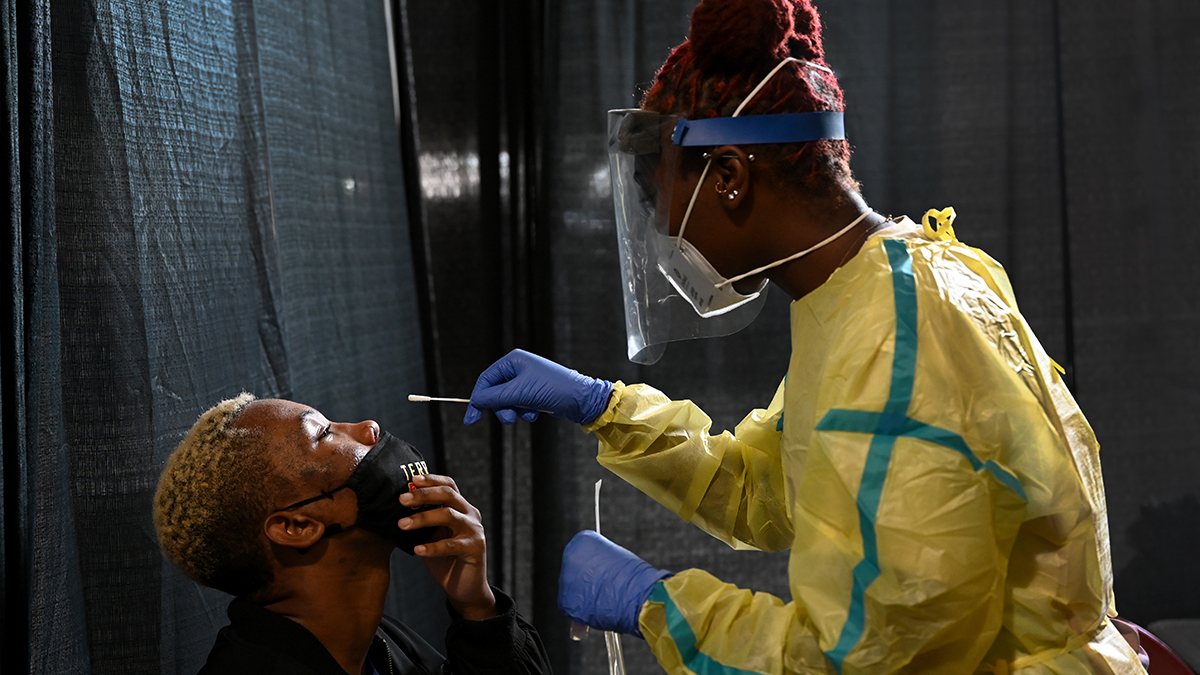 California Teachers Association Legislative Relations Manager Lori asterling expressed concern that even with the preparations school districts and counties are making to eventually resume in-person classes, they could still be stuck competing with each other for coronavirus tests.

"As far as supply and demand, we are seeing not as (many) people seeking testing and lots of testing capacity in the state now, so I think there are a lot of resources," for teachers, Pan said.

Pan also added that health insurance companies are supposed to pay for testing for essential workers such as teachers and school staff.

Nationwide, half a million children have been diagnosed with COVID-19, according to the American Academy of Pediatrics. That news comes as some Bay Area classrooms reopened Tuesday for in-person teaching. Jessica Aguirre spoke to Dr. Naomi Bardach, associate professor of pediatrics at UCSF, for her take.

Pan suggested school staff members and their labor representatives reach out to their local health departments to collaborate on a routine testing plan.

"I just want to really emphasize and underscore the point that local collaboration is really, really, really the hinge in a lot of these cases," Chida added.

State Superintendent of Public Instruction Tony Thurmond lauded the state's teachers and school staff for their efforts to resume in-person classes amid the pandemic as well as the recent wildfires and poor air quality across the state and the nationwide reckoning with police brutality and racial justice.

"All of these things take a toll on us," Thurmond said. "And they add to the many questions that we continue to ask about what we must do to move forward safely."