Gwyneth, a kitten who got stuck on a ledge on a freeway overpass near San Francisco International Airport in June, has found her forever home.

A local family quickly adopted Gwyneth after she became available. She seems to be fitting in perfectly.

"She was skittish for probably the first week she was here, but after that, I think she thinks she runs the house now," Bill Fraser said. "The 3-year-old cat, she chases around the house. She keeps the dog in line. She thinks she's the master of this house now."

While Gwyneth was trapped on the overpass, someone heard her cries for help. Peninsula Humane Society workers responded and used a net to scoop her to safety.

NBC Bay Area and Telemundo 48 are teaming up with Bay Area animal shelters and rescue organizations to find animals forever homes during the month-long "Adopt & Donate" effort from Aug. 23 to Sept. 19, 2021. Learn more about the Clear the Shelters effort here.

Kitten Trapped on Freeway Overpass Near SFO Rescued, Up for Adoption 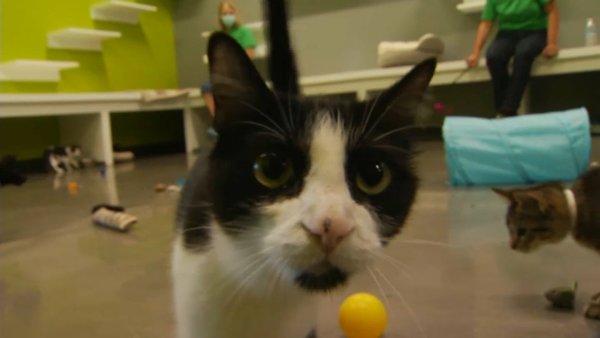