On May 1, 2015, 20 VIP riders, including Mayor Sam Liccardo, Carl Guardino of the Silicon Valley Leadership Group, and executives from major Habitat for Humanity supporters like Cisco Systems, SanDisk, Thrivent Financial, Charles Schwab, Google and others will partake in the Ride for Affordable Housing, a 10-mile bike ride through the heart of San Jose. This ride comes as a preview of the national efforts of Bob Frick, a Habitat board member, and volunteer rider, Len Holmes, who will be biking 3,000 miles across the country to raise funding and awareness for the local Habitat affiliate, Habitat for Humanity East Bay/Silicon Valley.

Bob Frick and Len Holmes will join Habitat EBSV for a special dedication ceremony prior to the 10-mile ride where the keys to a new home in San Jose will be given to the new homeowners. The route will begin at 1081 Palm Street in San Jose and will pass the Habitat ReStore at the Environmental Innovation Center as well as two Victorian homes already housing Habitat families at 13th and Julian streets. The ride is designed to raise awareness for the Cycle of Hope 2015 and the need for affordable homeownership in Silicon Valley. 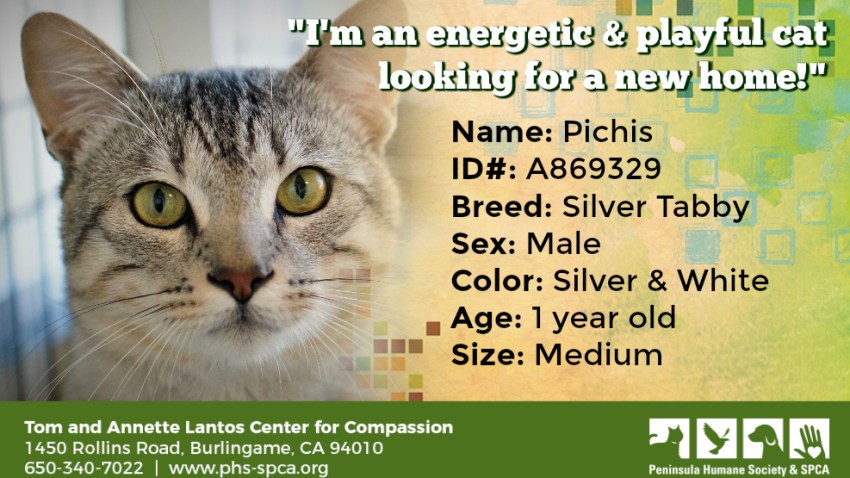 clear the shelters 14 hours ago

Pet of the Week – Pichis