Al Roker ‘Relieved' to Be Home After Surgery for Prostate Cancer

The "TODAY" weatherman posted a photo of himself and his wife, ABC News reporter Deborah Roberts, Thursday on Instagram to reveal he'd undergone the procedure and was now back at home.

"Relieved to let you all know that my #prostatecancer surgery is done and back home," he wrote. "... Big shoutout to everyone at the #josierobertsonsurgerycenter and so appreciate all the thoughts and wishes from our viewers and the wonderful care packages from my co-workers. Hope to see you all soon."

The 66-year-old TV personality also included a second photo showing him giving a thumbs-up sign while standing next to his 18-year-old son, Nick. 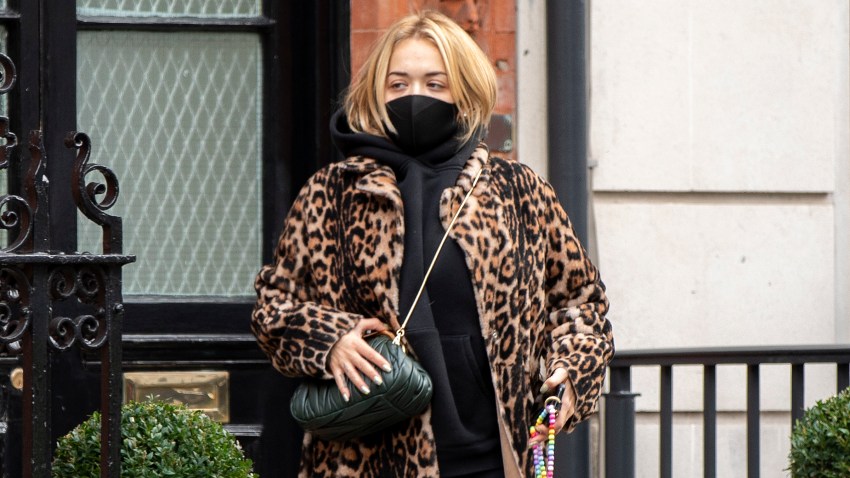 Halsey Slams the Grammys After Snub and Makes Accusations of ‘Bribes'

Roker revealed he'd been diagnosed with prostate cancer last week during an episode of TODAY, telling viewers he planned to undergo surgery to have his prostate removed.

"It's a good news-bad news kind of thing," Roker said. "Good news is we caught it early. Not great news is that it's a little aggressive, so I'm going to be taking some time off to take care of this."

"We'll just wait and see, and hopefully in about two weeks, I'll be back (on TODAY)," he added.

Laudone also appeared on TODAY to explain why he believed Roker's surgery was necessary.

"Fortunately his cancer appears somewhat limited or confined to the prostate, but because it's more aggressive, we wanted to treat it, and after discussion regarding all of the different options — surgery, radiation, focal therapy — we settled on removing the prostate," Laudone said.

Roker shared news about his diagnosis and treatment to urge others at risk, particularly Black men, to make sure they see a doctor to get the proper checkups to stop a cancer that is very treatable if detected early.

"The problem for African American men is that any number of reasons from genetics to access to health care, and so we want to make it available and let people know they got to get checked," Roker said.

The detection of Roker's prostate cancer began in late September with a routine physical when his doctor discovered he had an elevated prostate-specific antigen (PSA) in his bloodwork. That led to him getting an MRI, followed by a biopsy, to confirm his diagnosis.

Roker opened up about the moment his doctor told him he had prostate cancer.

"When he started, he closed his door and said, 'I always like to have these discussions face to face,'" Roker said. "And I was like, 'Uh-oh. Well, that doesn't sound good.'"

"You hear the word 'cancer' and your mind goes, it's the next level, you know?"

Laudone said he believed Roker would be back to his old self in no time after the surgery.

"The goal is to get him back to normal activity," he said. "And so the fact that he walks a lot now, that he keeps himself in good shape, that he eats healthy, all of those things are really a plus when it comes to how he will recover after surgery."

As for Roker, he was gung-ho to undergo the procedure. He's gone under the knife several times before, enduring surgeries on his right shoulder, left hip and right knee in the last four years with excellent results.