After giving up on trying for a third child, the TODAY meteorologist and co-host is pregnant

Dylan Dreyer is expecting baby No. 3!

The TODAY co-anchor and meteorologist announced Tuesday morning that she and her husband, Brian Fichera, are expecting their third child this November — and it’s a boy!

“It’s fun to add another boy to the mix!” Dylan told TODAY. “I don’t have to add any toys!”

Although Fichera is planning on adding some new clothes to the mix. He told Dylan he “can’t look at these another round.” 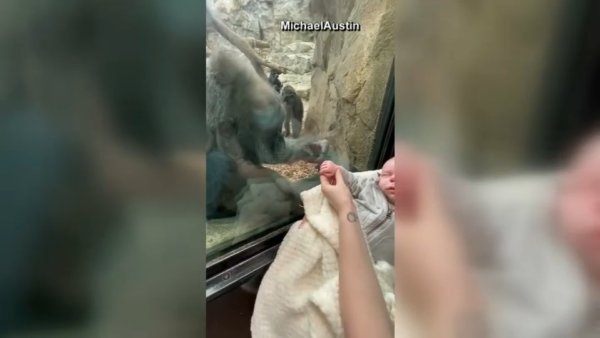 The new little one will be joining big brothers 4-year-old Calvin and 1-year-old Oliver, whose birthdays are in December and January.

“The holidays are going to be bananas!” Dylan told said.

This pregnancy did not come easily. Dylan revealed in 2019 when she and her husband were trying to have their second child that they had experienced a miscarriage and struggled with secondary infertility. About 10 percent of couples face secondary infertility, or struggles conceiving after a past pregnancy.

This time around, Dylan told TODAY that she and Brian tried to have another child for nearly six months before deciding it wasn’t going to happen.

“We were trying and it wasn’t really happening and just kind of gave up,” Dylan said. “We were ready for the next phase.”

Dylan had consulted with her doctor to see if anything was wrong and got a clean bill of health. Her doctor suggested she relax and stop thinking about it so much. “Sure enough, that’s what we did!”

Not long after they decided to move on, Dylan found out she was pregnant. And the family of four — soon to be five — could not be happier.

“When we first got married, we thought maybe one day we’d have kids,” Dylan said. “But then we became obsessed with them….You just realize they’re the best things in the world.”

While Oliver has no idea “his world is about to be rocked,” Calvin has taken the baby news very seriously and has kept himself from sharing the news with anyone - not even his preschool teacher.

“I almost told my teacher but I didn’t. I didn’t tell her! I kept the secret,” he told his mom one day after school.

This pregnancy has felt different than her first two, with the nausea hitting her more strongly and her belly growing a bit earlier than she expected.

“You feel it a lot sooner with the third!” she said.

Here’s to hoping it’s smooth sailing from here on out. Congratulations, Dylan!