Harry Styles' long-awaited third record is finally here. Released on May 20, "Harry's House" features 13 new songs that each capture a unique, singular moment within the 28-year-old's life over the past three years since the release of his 2019 album "Fine Line."

In an Apple Music interview with Zane Lowe, Harry shared that the idea for the album came to him while living in Japan and listening to Haruomi Hosono's 1973 album "Hosono House" (like "Harry's House" -- get it?)

"It started as an idea," Styles said. "I wanted to make like an acoustic EP or something and make it all in my house and make it really intimate."

However, as the album began to find its distinctive, slow-grooving, Laurel Canyon-inspired '70s sound, its title slowly took on a deeper, more personal meaning for the "Watermelon Sugar" singer.

"As I started making the album, I realized it wasn't about the geographical locations. It was much more of an internal thing," Styles explained. "When I took that title, put it to the songs we were making, it felt like it took on this whole new meaning. It was about, 'OK, imagine, it's a day in my house. What do I go through? A day in my mind? What do I go through?'"

"This is like my favorite album at the moment," he shared. "I love it so much." 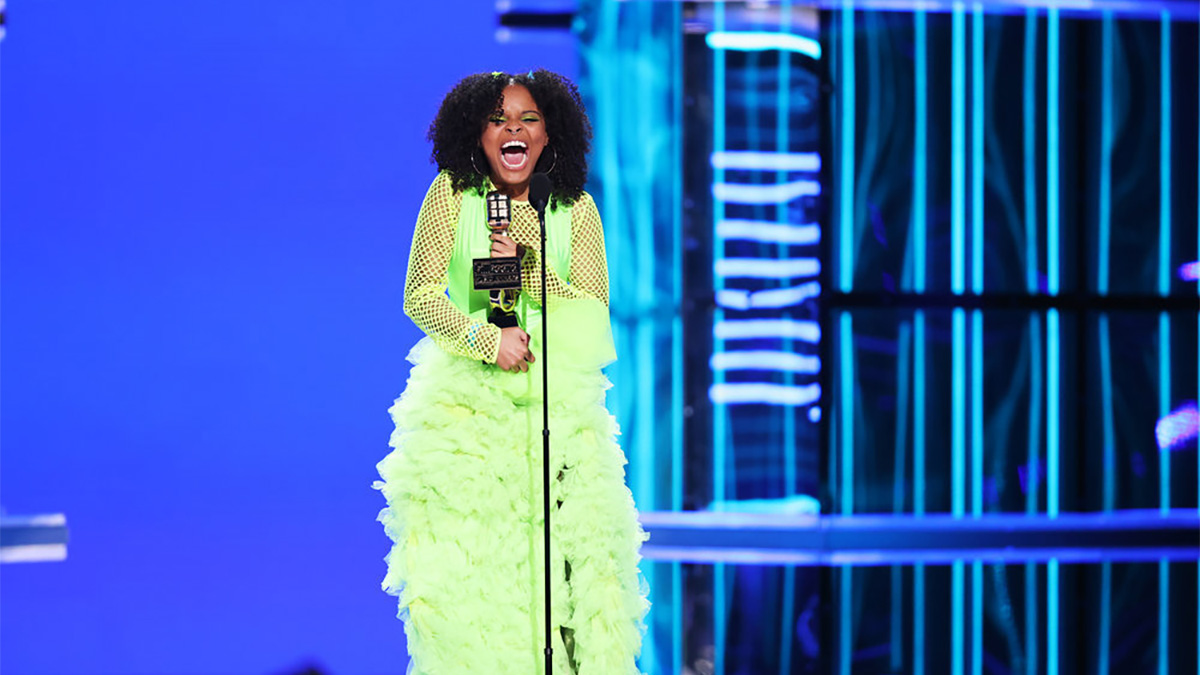 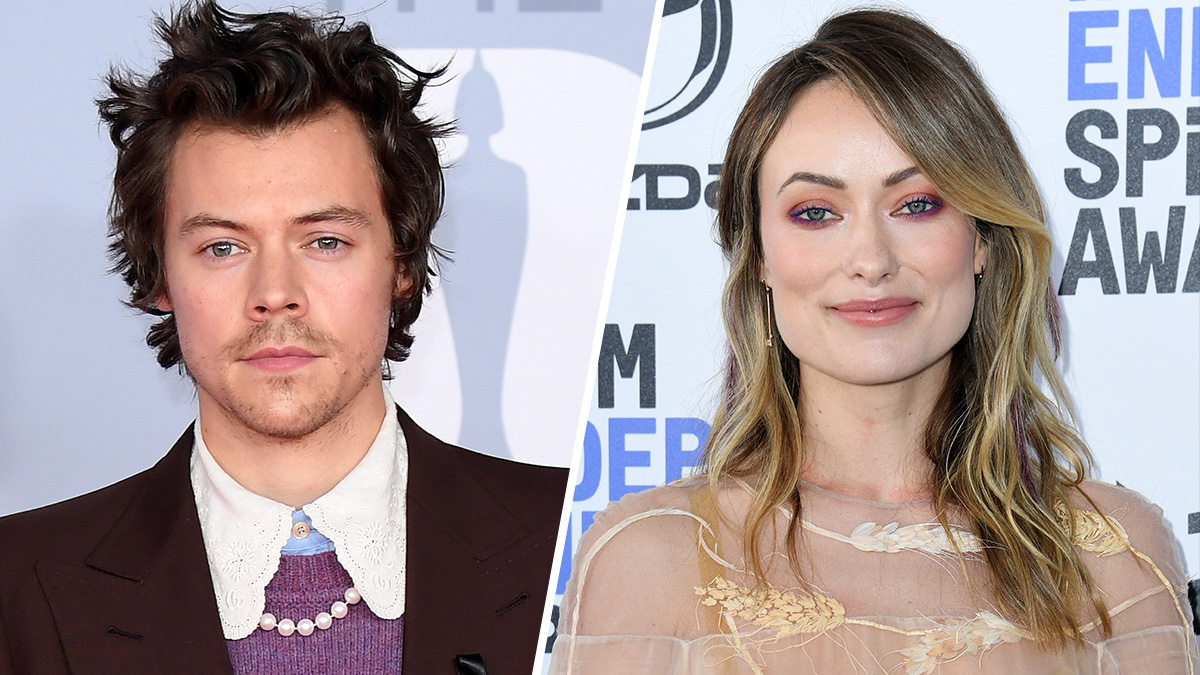 In honor of "Harry's House," let's break down its entire track list below.

“Music For A Sushi Restaurant”

Blending soft jazz with funky, '70s soul, Harry's feel-good album opener "Music For A Sushi Restaurant" is an eclectic, imaginative take on a date at its titular locale. "Green eyes / Fried Rice / I could cook an egg on you," Styles sings. His feelings only go stronger throughout the evening as he adds, "It's cause I love you babe / in every kind of way / Just a little taste."

First unveiled during his headlining performance at Coachella in April, "Late Night Talking" is a glittering, disco fever dream that encapsulates the fluttery feeling of being completely infatuated with someone and wanting to spend every waking moment with them. Whether that requires staying up all night talking or traveling from "Hollywood to Bishopsgate," no feat seems too large as Harry sings, "Now you're in my life / I can't get you off my mind."

"Grapejuice" is about a physical and emotional hangover. Its constantly pounding bassline is juxtaposed with Harry's breathy, distant vocals as he laments a love lost over a few bottles of wine. "I pay for it more than I did back then," Styles shares about his growing headache. "There's just no getting through / Without you / A bottle of rouge / Just me and you."

The first single from "Harry's House," "As It Was," is deceptively sweet ear candy. While its upbeat synths, chimes and soft vocals paint a picture of a feel-good moment, its lyrics are some of the darkest on the record. When speaking with Zane Lowe, Styles called the track "really devastating" and shared that it's "about a kind of metamorphosis and a perspective change" that you don't know fully understand is happening until it's too late. Now, nothing will ever be, as Harry sings, "the same as it was."

In an interview with Howard Stern, Styles described "Daylight" as a "stream of consciousness" song about being infatuated with someone. The playful, yet poignant electronic track depicts having a crush on someone who, as Styles sings, "ain't got time for me right now." Still, should they ever change their mind, Styles' still waiting and ready to "Dip you in honey / So I could be sticking to you." The singer Styles also confirmed that the song is not connected to Taylor Swift's song "Daylight."

Late-night longing comes into play in "Little Freak," a soft, melodic track about a relationship that slipped through Harry's fingers before it could ever start. "I disrespected you / Jumped in feet first and I landed too hard," he confesses during the song's middle eight. "You never saw my birthmark." Now, as he reflects on what could have been, he sings, "I'm not worried about where you are / Or who you will go home to / I'm just thinking about you."

On "Matilda," Styles imagines the advice he'd give the protagonist from Roald Dahl's 1988 novel as an adult. Backed by delicately fingerpicked guitar, Styles weaves a story about dealing with family trauma, growing up and starting anew. "You can let it go / You can throw a party full of everyone you know / And not invite your family," he explains. "You don't have to be sorry for leaving and growing up." And, while he acknowledges that "it's none of my business" (a subtle reference to his 2017 track "Kiwi"), he shares, "it's just been on my mind."

Sultry, silky, smooth. "Cinema" centers around the sensual side of a new relationship and piecing together where you both stand (and features some very NSFW lyrics too). "I just think you're cool / I dig your cinema," he sings. "Do you think I'm cool too? Or am I too into you?" The singer's fans believe this track to be about his girlfriend, actress and director Olivia Wilde.

With its horn section and peppy drums, "Daydreaming" feels like the older brother to Harry's 2019 hit "Treat People With Kindness." Written in part by Quincy Jones and featuring John Mayer on guitar, "Daydreaming" is a sizzling, soulful track about looking at life with rose-colored glasses while dating someone new. When they must leave town, Styles asks for a memento to remember them by, singing, "So give me all of your love / Give me something to dream about."

"Keep Driving" chronicles a sweet escape between lovers from the craziness of the world. Styles details sweet moments on their vacation and suggests that they "just keep driving" away from their problems. However, backed by heavy, distorted bass lines, reality slowly creeps in as Styles' list grows darker, "Tea with cyborgs / Riot America / Science and edibles / Life hacks going viral in the bathroom." Instead, Harry turns away from the madness and asks, "Should we just keep driving?"

"Satellite" is going to be the showstopper at Styles' upcoming Love On Tour concerts. While it begins a light and airy track about "spinning out waiting" for someone to realize that you're meant to be together, it explodes with life at the end with bombastic drums, synths and echoing vocals. "I can see you're lonely down there," Styles sings. "Don't you know that I am right here?"

Alongside "Late Night Talking," Styles also debuted the harmony-driven hit "Boyfriends" during his Coachella performances. In the song, Styles soulfully and painfully observes all the complex feelings of loss, loneliness, anxiety and grief that surround a failing relationship. "Boyfriends, they think you're so easy," he sings. "They take you for granted / They don't know, they're just misunderstanding / You."

"It's both acknowledging my own behavior. It's looking at behavior that I've witnessed," he told Apple Music about the song. "I grew up with a sister, so it's watching her date people and watching friends date people, and people don't treat each other very nicely sometimes."

“Love of My Life”

While speaking with Apple Music, Styles explained that "Love of My Life" is "a song about home" that initially felt "terrifying" because of its minimal musical accompaniment. On the track, Styles shares the "unfortunate" side of his bustling life on the road as he sorrowfully sings, "It's not what I wanted / To leave you behind / Don't know where you'll land when you fly."