Kim Kardashian is undoubtedly a style legend. And now she's got the award to prove it.

The "Keeping Up With the Kardashians" star was presented with the Fashion Icon Award at the 2021 People's Choice Awards on Tuesday, Dec. 7.

"I am honestly so humbled to be here," Kardashian said. "I mean, I started off as a closet organizer and a stylist. So, the fact that I am winning a Fashion Icon Award, it's like a pinch-me moment." 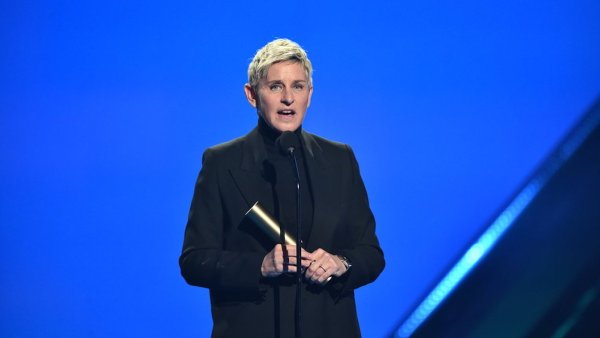 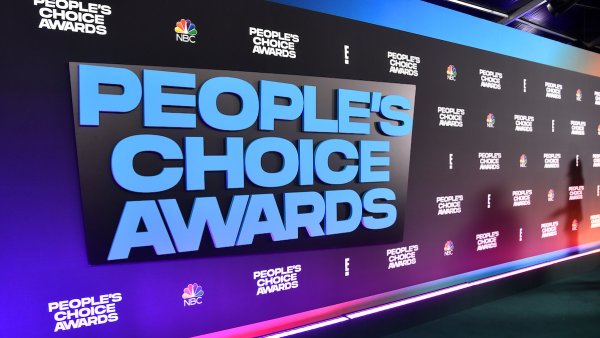 Kardashian also took the opportunity to thank her ex, Ye (formerly Kanye West), for his keen sense of style and influence.

"Thank you to Kanye for really introducing me to the fashion world," she praised the "Donda" rapper, whom she filed for divorce from in February after six years of marriage.

She noted that there was a time when designers didn't want to work with her and joked that big names like Ricardo Tisci and Olivier Rousteing "probably [were] talked into it by getting a call from Kanye.”

"And I fell in love with fashion," she continued, "and I'm so inspired by so many people. But again, this is like a dream that I get to wake up and wear these amazing clothes and just try new things, you know, take a risk."

She concluded, "I'm so humbled thank you so much."

The KKW Beauty founder made sure to drop jaws with her one-of-a-kind look.

Similar to her buzzy 2021 Met Gala ensemble, Kardashian sported a head-to-toe black outfit, with thick black sunglasses that she paired with a matching catsuit worn under a mini-dress, tights and pointed heels.

The star was spotted attending the event solo. However, her family members showed their support in the crowd, including Kris Jenner and Khloe Kardashian.

All the Best Looks From the 2021 People's Choice Awards

Over the years, Kardashian has continued to make fans swoon with her daring and dazzling fashion. Whether she's pushing the boundaries on the red carpet or running errands in full glam, she never misses a beat in the style department.

It's no wonder she launched her own clothing line in 2018: SKIMS.

"This is what I've needed," she told E! News in 2019. "I've been obsessed with traditional shapewear for about 15 years but I've always been cutting it up and making my own styles because every brand that I found just wouldn't really, they just didn't have some of the things I really needed."

Her influence on the fashion industry is just one of the many reasons she was honored with the Fashion Icon Award.

"For nearly two decades, Kim Kardashian West's style evolution has disrupted and influenced trends on a global level and cemented herself as a force to be reckoned with within the fashion industry," Jen Neal, Executive Vice President of Entertainment Live Events, Specials & E! News, previously said in a statement. "For being a cultural inspiration, trailblazer and so much more, we can't wait to honor Kim with this year's People's Fashion Icon Award."

Check out the list of People's Choice Award 2021 winners here.