Meghan Markle recalled her early days as a mother of two in a letter to House Speaker Nancy Pelosi and Senate Majority Leader Chuck Schumer.

In a letter to the Democratic lawmakers shared Wednesday, the former "Suits" actress advocated for paid parental leave. Markle said she wasn't writing as a politician or elected official, but rather as "an engaged citizen and a parent."

The Duchess of Sussex highlighted the issues facing parents in the country, some of which were "exacerbated" by the ongoing coronavirus pandemic. She acknowledged in her letter, "The working mom or parent is facing the conflict of being present or being paid. The sacrifice of either comes at a great cost."

She opened up about her own upbringing, recalling how her mother, Doria Ragland, and father, Thomas Markle, scrounged to pay $5 for the Sizzler salad bar: "I knew how hard my parents worked to afford this because even at five bucks, eating out was something special, and I felt lucky."

Meghan Markle Through the Years

"And as a Girl Scout, when my troop would go to dinner for a big celebration, it was back to that same salad bar or The Old Spaghetti Factory--because that's what those families could afford to do too," she continued.

Later on in life, Markle worked to support herself as she worked towards a career in acting. The 40-year-old royal shared, "I worked all my life and saved when and where I could--but even that was a luxury--because usually it was about making ends meet and having enough to pay my rent and put gas in my car."

Markle acknowledged that she's not alone in her experience, saying, "I expect many of your constituents have their own version of that story. Perhaps you do too. People in our country work incredibly hard, and yet the ask is soft: for a level playing field to achieve their version of a common dream--what is fair, and equal, and right."

Now, the Duchess is a mother of two, having made Archie Harrison a big brother to Lilibet "Lili" Diana in April. She said that "like many parents" she and Prince Harry were simultaneously "overjoyed" and "overwhelmed" by the expansion of their family. 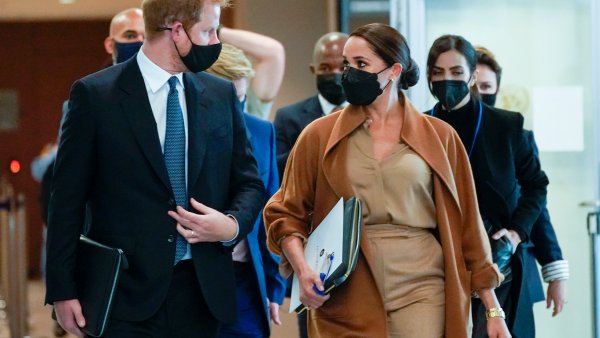 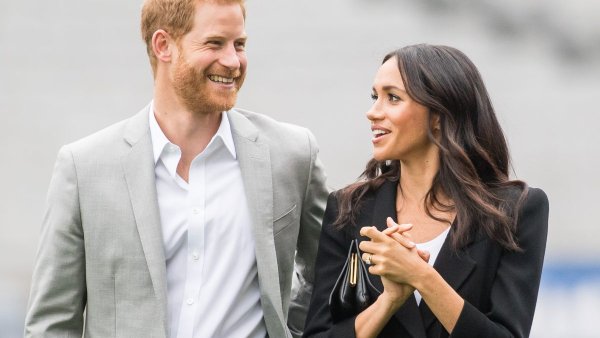 She then admitted that their experience differs from most, saying, "Like fewer parents, we weren't confronted with the harsh reality of either spending those first few critical months with our baby or going back to work."

"We knew we could take her home, and in that vital (and sacred) stage, devote any and everything to our kids and to our family," Meghan continued. "We knew that by doing so we wouldn't have to make impossible choices about childcare, work, and medical care that so many have to make every single day."

In light of these challenges, Meghan implored, "No family should be faced with these decisions. No family should have to choose between earning a living and having the freedom to take care of their child (or a loved one, or themselves, as we would see with a comprehensive paid leave plan)."

The Duchess implored Speaker Pelosi and Schumer to support President Joe Biden's policy plan, which includes a proposal to give parents 12 weeks of paid leave. She wrote, "This is about putting families above politics. And for a refreshing change, it's something we all seem to agree on. At a point when everything feels so divisive, let this be a shared goal that unites us."

"So, on behalf of my family, Archie and Lili and Harry, I thank you for considering this letter, and on behalf of all families, I ask you to ensure this consequential moment is not lost," Meghan concluded.

Meghan's letter comes as President Joe Biden's Build Back Better agenda, which includes paid parental and family leave policies, faces pushback in the Senate. Sources tell NBC News that Biden is an eyeing a price range of $1.75 trillion to $1.9 trillion for the final package, about a third in cuts from the original spending plan.