Prince William and Prince Harry won’t walk side-by-side Saturday as they follow their grandfather’s coffin into the church ahead of Prince Philip’s funeral, minimizing the chances of any awkward moments between the brothers who are grappling with strained relations since Harry’s decision to step away from royal duties last year.

Buckingham Palace on Thursday released the broad outlines of the funeral program for Queen Elizabeth II's husband, who died April 9 at 99. The palace revealed that William and Harry’s cousin, Peter Phillips, will walk between the princes as they escort the coffin to St. George’s Chapel at Windsor Castle, west of London.

Prince Charles, the heir to the throne and the father of the princes, together with his sister, Princess Anne, will lead the 15-member procession. 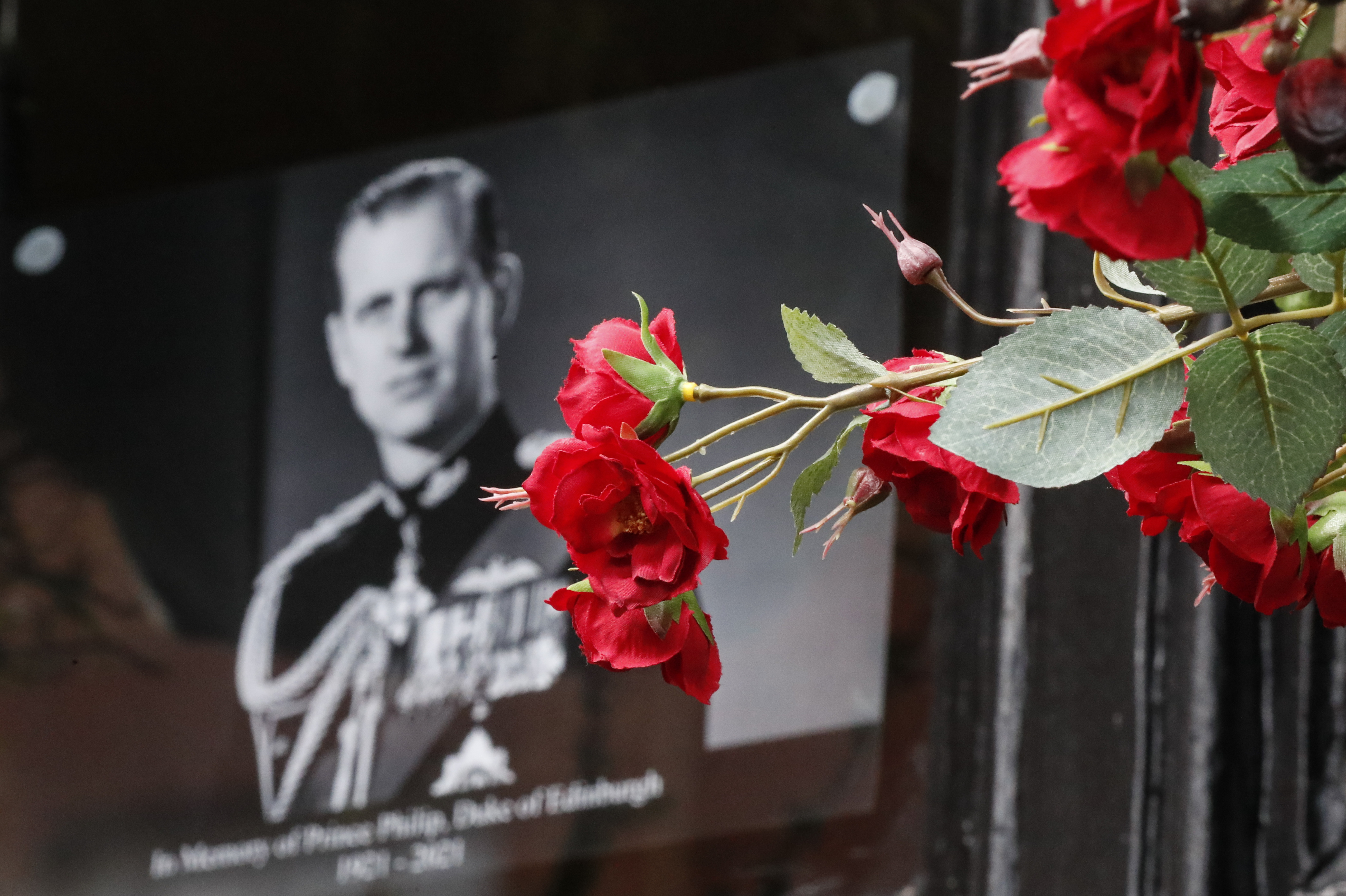 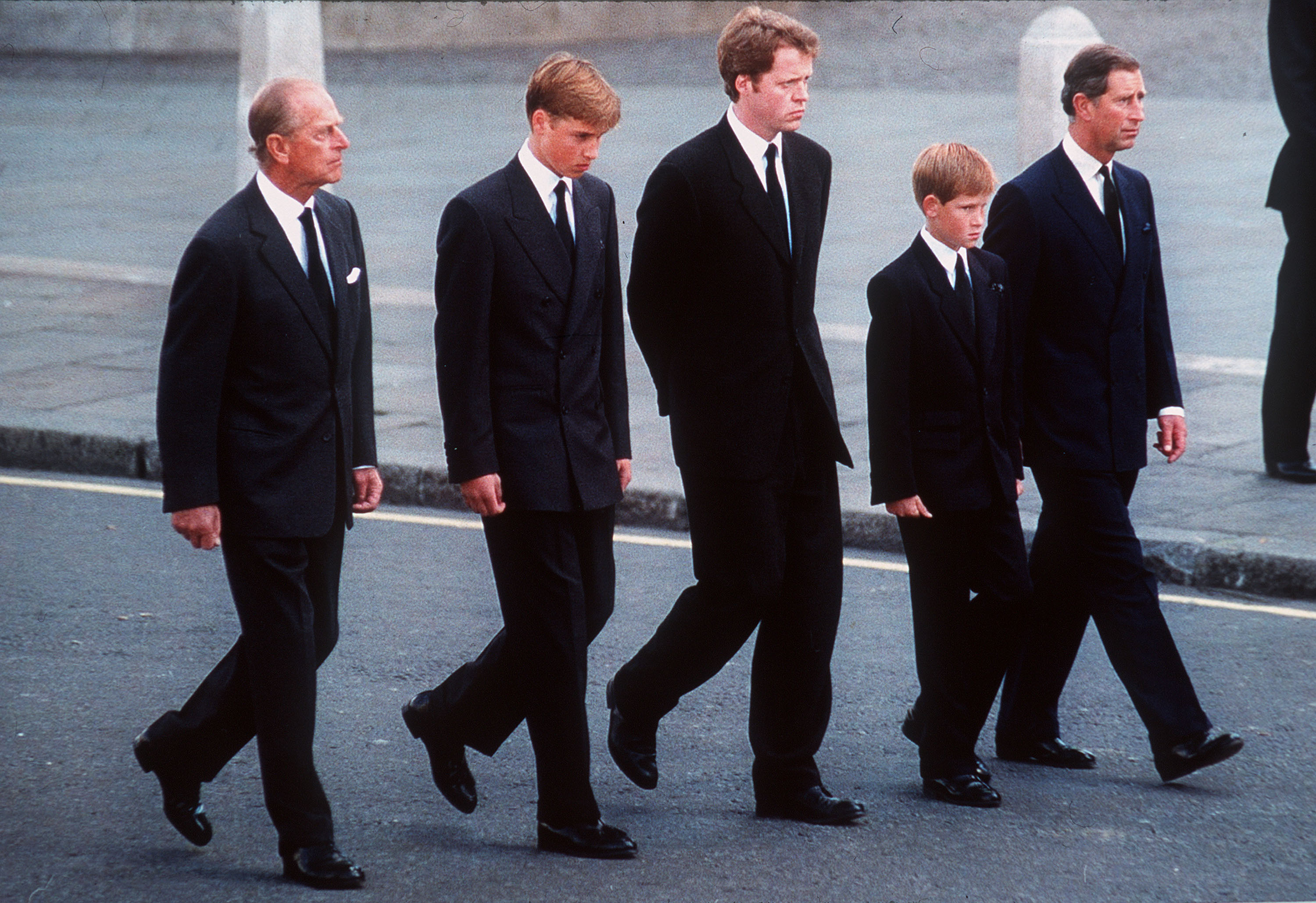 The brothers had been closely watched as Saturday’s funeral will almost certainly remind the pair of their shared grief at another royal funeral more than two decades ago. As young boys, both walked behind their mother Princess Diana’s coffin in 1997 in London in a ceremony watched around the world.

Palace officials refused to comment when asked whether the positioning of William and Harry was an effort to minimize family tensions, which have grown after Harry and his wife Meghan, the Duchess of Sussex, gave an explosive interview to Oprah Winfrey that suggested an unnamed member of the royal family had made a racist comment to Harry before the birth of their child Archie.

Prince William is breaking his silence about the death of his grandfather Prince Philip. The 38-year-old took to Instagram to share a photo of the Duke of Edinburgh writing in part, “My grandfather’s century of life was defined by service – to his country and Commonwealth, to his wife and Queen, and to our family.” Buckingham Palace announced on Friday that Prince Philip had passed away at the age of 99.

Meghan, who is pregnant and living in California with Harry, is not coming to the funeral on the advice of her doctor.

“We’re not going to be drawn into those perceptions of drama or anything like that,’’ a palace spokesman said while speaking on condition of anonymity in line with policy. “This is a funeral and the arrangements have been agreed and they represent Her Majesty’s wishes.”

In another effort to preserve family unity, the palace said senior royals would wear civilian clothes to the funeral. The decision, signed off by the queen, means that Harry won’t risk being the only member of the royal family not in uniform during the funeral.

Prince Harry is remembering his late grandfather. Just days after Prince Philip passed away, the Duke of Sussex described his late grandfather as the "master of the barbecue, legend of banter, and cheeky right ‘til the end" in a new statement. "Grandpa, thank you for your service, your dedication to Granny, and for always being yourself. You will be sorely missed, but always remembered—by the nation and the world. Meghan, Archie, and I (as well as your future great-granddaughter) will always hold a special place for you in our hearts," he shared.

Members of the royal family often wear uniforms to public events by virtue of their honorary roles with the British Army, Royal Navy and Royal Air Force, but Harry lost his honorary military titles when he decided to give up frontline royal duties last year. As a result, protocol suggests that Harry, an army veteran who served two tours of duty in Afghanistan, would only wear a suit with medals at royal functions.

The decision also sidesteps another potential controversy after reports that Prince Andrew, the queen's second-oldest son, considered wearing an admiral’s uniform to his father’s funeral. Andrew retains his military titles even though he was forced to step away from royal duties after a disastrous interview with the BBC about his acquaintance with convicted sex offender Jeffrey Epstein.

Attendance at the funeral will be limited to 30 people because of the coronavirus restrictions in England. The list will include several of Philip’s relatives from Germany, together with immediate members of the royal family. The children in the family will not attend.

Guests will wear masks inside the chapel and observe social distancing. The queen, always the first to set an example, will also wear a mask.

In other details released about the funeral, Royal Marine buglers will play “Action Stations,” an alarm that alerts sailors to prepare for battle.

Prince Philip, Queen Elizabeth II’s husband, has died at the age of 99.

Philip, also known as the Duke of Edinburgh, served in the Royal Navy for 12 years and maintained close ties to the armed forces throughout his life. Military personnel will have a large role in honoring him Saturday despite the attendance limit.

Members of the Royal Navy, the Royal Marines, the Royal Air Force and the British Army will take part in the funeral procession. Philip’s coffin will be carried to St. George’s Chapel on a specially adapted Land Rover that he designed himself.