The rapper was admitted to a New York hospital on April 2 following a heart attack and had been on life support since; an autopsy will be conducted to determine his cause of death

DMX, the raspy-voiced hip-hop artist who produced the songs “Ruff Ryders’ Anthem” and “Party Up (Up in Here)” and who rapped with a trademark delivery that was often paired with growls, barks and “What!” as an ad-lib, has died, according to a statement his family released Friday. He was 50 years old.

The Grammy-nominated performer, whose real name is Earl Simmons, had been on life support at a hospital in White Plains, New York, since suffering “catastrophic cardiac arrest" on April 2. His longtime lawyer, Murray Richman, has said a cause remains under investigation. The rapper's family was by his side when he died.

"Earl was a warrior who fought till the very end. He loved his family with all of his heart and we cherish the times we spent with him. Earl’s music inspired countless fans across the world and his iconic legacy will live on forever," his family said in a statement Friday. "We appreciate all of the love and support during this incredibly difficult time. Please respect our privacy as we grieve the loss of our brother, father, uncle and the man the world knew as DMX."

The family said they would share information on memorial services for him once the details are finalized.

In a separate statement, White Plains Hospital extended its "deepest condolences to the family of Mr. Simmons, as well as his friends and legions of fans who expressed their unwavering support during this difficult time. Earl Simmons passed away peacefully with family present after suffering a catastrophic cardiac arrest."

An autopsy will be conducted to determine DMX's cause of death. The rapper had struggled with drug addiction since his teenage years, first becoming addicted to crack cocaine when he was just 14. Richman would not confirm previous reports that an overdose may have contributed to his heart attack.

Premature rumors about the rapper's death swirled on social media since his hospitalization. As recently as Thursday night, DMX's manager denied those rumors and asked people to stop spreading them out of respect for the rapper's family.

The rapper suffered a heart attack on April 2 and has been on life support for the past few days prior to his passing.

Meanwhile, outpourings of love and support from the music and entertainment worlds have been flowing in since news of his hospitalization broke -- and more flooded social media feeds Friday upon news of his death.

Hundreds of supporters and family members held a vigil outside the hospital earlier this week. The crowd called “DMX! DMX!" and when urged to by the main speaker, crossed their arms in the shape of an X. A woman's sobs reverberated as a popular recording by him was placed before the audience.

“His message of triumph over struggle, his search for the light out of darkness, his pursuit of truth and grace brought us closer to our own humanity,” his record label, Def Jam Recordings, said in a statement describing him as “nothing less than a giant.”

DMX released seven albums, earned three Grammy nominations and was named favorite rap/hip-hop artist at the 2000 American Music Awards over the course of his storied musical career. He made a splash in 1998 with his first studio album, “It’s Dark and Hell is Hot,” which debuted No. 1 on the Billboard 200 albums chart. The multiplatinum-selling album was anchored by several hits including “Ruff Ryders’ Anthem,” “Get At Me Dog,” “Stop Being Greedy” and “How It’s Goin’ Down.”

He followed up with four straight chart-topping albums including “... And Then There Was X,” “Flesh of My Flesh, Blood of My Blood,” “The Great Depression” and “Grand Champ.”

DMX arrived on the rap scene around the same time as Jay-Z, Ja Rule and others who dominated the charts and emerged as platinum-selling acts. They were all part of rap crews, too: DMX fronted the Ruff Ryders collective, which helped launch the careers of Grammy winners Eve and Swizz Beatz.

His distinctively gruff voice and thoughtful messages in his rhymes quickly made him one of rap’s biggest stars. That trademark raspy delivery that was often paired with growls, barks and “What!” as an ad-lib in his music.

Along with his musical career, DMX paved his way as an actor. He starred in the 1998 film “Belly” and appeared in 2000′s “Romeo Must Die” with Jet Li and Aaliyah. DMX and Aaliyah teamed up for “Come Back in One Piece” on the film’s soundtrack.

The rapper would later open Aaliyah’s tribute music video, “Miss You,” alongside her other friends and collaborators, including Missy Elliott, Lil’ Kim and Queen Latifah, after Aaliyah’s 2001 death in a plane crash at age 22. 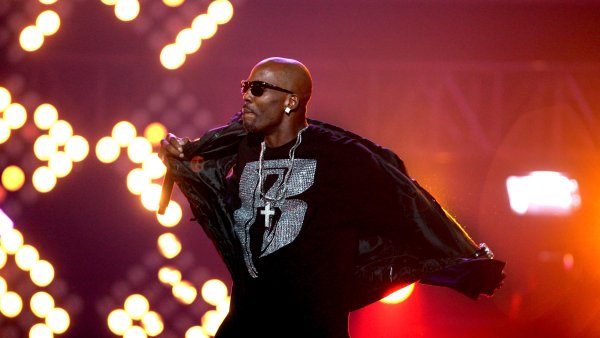 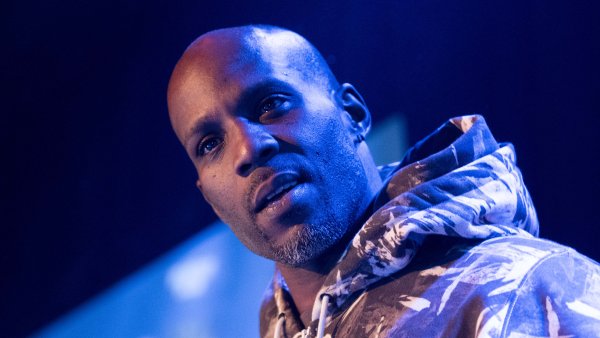 A Storied Musical Career -- and a Troubled Life

DMX was born in Mount Vernon, New York, on Dec. 18, 1970. He was raised in nearby Yonkers and endured a difficult childhood, including suffering beatings at the hands of his mother, according to reports. A father of 15, his longstanding battle with addiction has been well documented. DMX said he got addicted to crack cocaine when he was just 14 years old after smoking a joint laced with it.

In one of his final interview, DMX fought back tears while speaking with UPROXX, opening up about overcoming a difficult childhood.

"Talking about your problem is usually (seen as) a sign of weakness, but it's one of the bravest things you can do," he said.

While DMX made his mark as one of hip-hop’s most recognizable names for his rap artistry and as an actor, the rapper was personally stifled by his legal battles -- was repeatedly arrested and jailed within a decade — and drug addiction.

DMX pleaded guilty in 2004 after he posed as an undercover federal agent and crashed his SUV through a security gate at John F. Kennedy International Airport. He was arrested in 2008 on drug and animal cruelty charges following an overnight raid on his house in Phoenix. He tried to barricade himself in his bedroom but emerged when a SWAT team entered his home.

In 2010, he was sentenced to a year in prison for violating terms of his probation. After he was admitted to rehab numerous times over the next year, he said he had finally beat his drug addiction.

First responders helped bring DMX back to life after he was found unresponsive in a hotel parking lot in Yonkers in 2016. The rapper said he suffered from asthma.

A few years later, DMX was sentenced to a year in prison for tax fraud. Prosecutors said he concocted a multiyear scheme to hide millions of dollars in income from the IRS and get around nearly $2 million in tax liabilities.

After his release, DMX planned a 32-date tour to mark the 20th anniversary of “It’s Dark and Hell is Hot.” But the rapper canceled a series of shows to check himself into a rehab facility in 2019. In an Instagram post, his team said he apologized for the canceled shows and thanked his fans for the continued support.

Besides his legal troubles, DMX took the initiative to help the less fortunate. He gave a group of Philadelphia men advice during a surprise appearance at a homeless support group meeting in 2017, and helped a Maine family with its back-to-school purchases some years later.

Last year, DMX faced off against Snoop Dogg in a Verzuz battle, which drew more than 500,000 viewers.