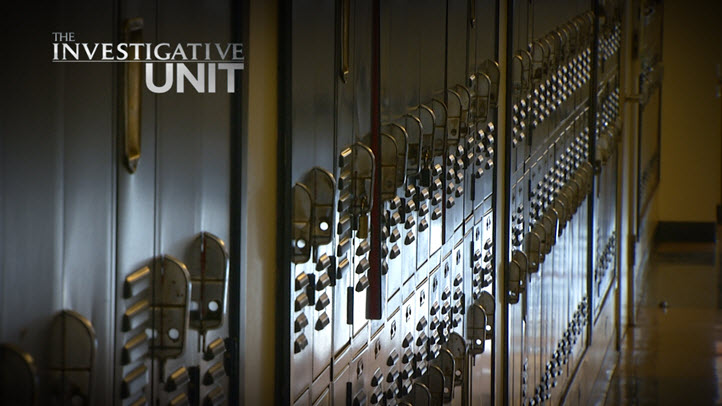 In the San Francisco Bay Area, children are landing criminal records before they even hit puberty. A nearly two-year long NBC Bay Area investigation exposes serious concerns over the use of school police officers.

A nearly two-year long NBC Bay Area investigation into the use of school police officers uncovered a disturbing trend within the education system, captured the attention of top officials at the White House, and spurred security changes across dozens of schools – impacting tens of thousands of students.

The series of reports revealed schools across the country, including in the San Francisco Bay Area, call police on black students and children with disabilities at disproportionately higher rates than their peers.

Watch Part 1 of this Series:

Having police on school campuses is supposed to keep kids safe, but some say students are actually being harmed when the line between criminal activity and childish misbehavior gets blurred. Bigad Shaban reports in a story that first aired September 28, 2015.

Watch Part 2 of this Series:

A Bay Area school district recently referred more students to police than nearly every other district in the country. Bigad Shaban reports in a story that first aired September 29.

Watch Part 3 of this Series:

One of the largest school districts in the Bay Area is defending its discipline policies after an NBC Bay Area investigation revealed children were being left with arrest records for what some described as just childish misbehavior at school.

Watch Part 4 of this Series:

Sweeping changes governing the use of police officers at dozens of South Bay schools will go into effect this year as part of a pilot program after an NBC Bay Area investigation revealed students were being left with criminal records for what many describe as childish misbehavior. Bigad Shaban reports.

Watch Part 5 of this Series:

Most Bay Area students attend a school that’s regularly patrolled by a campus police officer, but an NBC Bay Area investigation found many schools fail to outline even the most basic roles and responsibilities of those officers. Investigative Reporter Bigad Shaban reports.

Watch Part 6 of this Series:

The Obama Administration is releasing new guidelines concerning the use of campus-based police officers. The push for national reform comes in the wake of a more than a year-long NBC Bay Area investigation. Bigad Shaban reports on a story that first aired on Dec. 20.

Watch Part 7 of this Series:

A nearly two-year long NBC Bay Area investigation revealed schools call the police on black students and children with disabilities at disproportionately higher rates than their peers. Following the series of Investigative Unit reports, California Assemblywoman Shirley Nash Weber (D-San Diego) is now proposing legislation that would require school districts to define the role and responsibilities of their campus based...

The series of reports included compelling first-hand accounts from students, including Adrian Crosby, who is autistic. Crosby was just 13 years old when a school resource officer arrested him at his San Jose middle school. Crosby was cited for vandalism after etching his initials onto a school sidewalk. The young teenager washed off the initials with soap and water but much harder to erase was the impact. Crosby is still left with a criminal record.

The Investigative Unit also uncovered that roughly 230,000 students – nearly a quarter of all students in the Bay Area— attend school districts that pay law enforcement to regularly patrol campuses without actually detailing the roles and responsibilities of those officers. As a result, there are no guidelines in place to stipulate when or why an officer should get involved in a situation on campus, which is a departure from national best practices outlined by the Department of Justice and the National Association of School Resource Officers.

Following the investigative series, the San Jose Police Department agreed to create formalized job descriptions for its campus officers. The policy change is expected to take effect by the 2017/2018 school year and will impact 34 schools and roughly 67,000 students.

“School resource officers should not be engaged in discipline day-to-day,” said former Secretary of Education John King, Jr., who spoke to the Investigative Unit in D.C. before leaving his post. “Our worry is that in some districts, school resource officers are being asked to do the day-to-day discipline work that really should be the responsibility of educators who are trained on how to create supportive school climates for kids.”

The U.S. Department of Education, under the Obama administration, confirmed it had been tracking and monitoring the NBC Bay Area investigation and the local policy changes that came as result. Following the series of reports, the Department of Education partnered with the Department of Justice to launch similar reforms nationwide in order to change the way law enforcement officers are trained and deployed throughout the country’s more than 95,000 public schools.

“One of the things we want to do is make sure that students aren’t facing arrest for what really should be classroom management issues that are dealt with by principals and teachers,” King said. “Once students get involved in the criminal justice system that can often lead to further problems down the road for them and, ultimately, lead to prison.”

Quick Look at Local and National Stats on Student Arrests

To find out how often students are arrested at school, the Investigative Unit analyzed data for the nation’s more than 16,000 school districts.  Here’s a quick look at the stats.

Following the series of Investigative Unit reports, California Assemblywoman Shirley Nash Weber (D-San Diego) proposed legislation that would require school districts to define the role and responsibilities of their campus based officers.

“I’ve seen situations where young children have been handcuffed and put in the back of police cars simply because they didn’t want to go to class and they were seven years old,” said San Diego Assemblymember Shirley Nash Weber, a lifelong educator and author of AB 163. “You can imagine the impact on the life of a child, who in this case was a kid whose father is in jail and he was in foster care. So you begin to teach them early that this is what’s going to happen to you.”

Weber’s bill prohibits schools from using police officers to deal with minor misbehavior and would require schools that place officers on campus to have a written agreement outlining the specific roles and responsibilities of those officers. For infractions such as vandalism, drug use or disruptiveness, the legislation would require counselors to handle those situations rather than police officers.

“I did not come here to cite kids and throw kids in jail,” said Jeff Godown, chief of police for the Oakland Unified School District, which already has a comprehensive agreement with law enforcement to detail the duties of campus officers.

“The police should be called if it’s a violent crime, when there’s a safety issue, when they’ve exhausted all their efforts that they have at their disposal at that school before we show up on the scene.”

Justice in schools across America is not color-blind. In almost every state and in thousands of school districts, black children are disciplined far more often than other children.

"It's persistent, pervasive and punishing for kids of color," said Michael Harris, a senior attorney for juvenile justice at the National Center for Youth Law in Oakland, California.

Black children are not more likely to misbehave, just more likely to be punished, said Morgan Craven, the director of school-to-prison pipeline project for Texas Appleseed, a public interest justice center. Her group and others are trying change policies governing how schools discipline student, such as limiting suspensions for young students.

One problem that has come under scrutiny is implicit bias, a bias a teacher or administrator might hold without being aware of.

"It's not the result of someone being racist or being a monster," Harris said. "It's the result of stereotypes they've absorbed by living in this country that they're not even aware they're acting on."

Policing the Schools is based on detailed reports submitted to the U.S. Department of Education by school districts on enrollment and discipline. NBC examined records from nearly 17,000 school districts across the United States for the 2013-14 school year.

The public can view slices of the data on the Department of Education website.

NBC obtained the entire database from the Department of Education’s Office of Civil Rights. We looked for disparities in discipline by race, disability status and geography. We analyzed the data using R, an open-source statistics package often used by social science researchers.

Federal regulations require each district’s superintendent or his or her designee to certify that all information they submit is true.

However, the state of Florida had to resubmit its report in October after researchers at UCLA discovered errors; the data in this story includes the corrected Florida data. In addition, four districts told NBC that the reports they submitted to the federal government were inaccurate and provided updated information: the arrest statistics for Mt. Diablo Unified School District in California, the arrest and referral statistics for Topeka Public Schools in Kansas and the Belton school district in Missouri and the referral statistics for the Hawaii Department of Education. Finally, NBC and the UCLA researchers have found what appears to be systematic over-reporting of expulsions among Ohio school districts.

Behind the Scenes: Arrested at School

The news team shares a behind-the-scenes perspective on a story that captured the attention of top officials at the White House, and spurred security changes across dozens of schools. In the San Francisco Bay Area, children are landing criminal records before they even hit puberty. A nearly two-year long NBC Bay Area investigation exposes serious concerns over the use of...