It’s been almost two years since Olegs Kozacenko nearly lost his life during an encounter with two California Highway Patrol officers over a traffic ticket. Still, nearly two years later neither the CHP nor the state Attorney General’s office will confirm whether or not the officers involved were ever disciplined for their actions, citing the law officer’s bill of rights.

But that answer didn’t satisfy Kozacenko. Now the 58-year-old truck driver has filed suit against the state of California and the Highway Patrol officers he says injured him. The purpose of the suit, he says, to find what he calls justice.

The case stems from a seemingly routine traffic stop on westbound Interstate 80  east of Reno in California’s Seirras.

“It was early in the morning about 5 a.m.,” Kozacenko told NBC Bay Area through a Russian interpreter.

Kozacenko can recount nearly every detail of that morning on Sept. 2, 2011. The Berkeley resident told NBC Bay Area he was heading home after a long haul across country when he was pulled over by a CHP patrol vehicle near the Drum Forebay offramp in Placer County.

It’s at that point in retelling his story that Kozacenko went silent. For 40 minutes he sat quietly, insisting he needed to talk, but the emotions were still too raw.

While Kozacenko sat silent, the pictures and emergency medical records he shared with NBC Bay Area speak for him.

According to private medical records taken from the emergency room immediately after the incident on the highway and shared by Kozacenko’s family with NBC Bay Area, the truck driver suffered life-threatening injuries including a crushed left orbital eye socket, multiple facial fractures, a broken left arm, a concussion, unconsciousness and possible neurological damage.

Medical records also show that he apparently stopped breathing while lying out on the highway and had to be rushed to Auburn Faith Hospital. But Kozacenko’s injuries were too severe for that  hospital’s emergency room and he had to be transported to UC Davis Medical Center in Sacramento.

The NBC Bay Area Investigative Unit wanted to know how an incident that began as a traffic stop, ended with a trip to a trauma center.

NBC Bay Area made several attempts to speak with the arresting CHP Officer, Andrew P. Murrill, but he declined to comment. Consequently, NBC Bay Area turned to official records to determine his version of events.

According to the officer’s initial CHP report and subsequent court testimony during an evidentiary hearing, Murrill along with CHP officer Jim Sherman stopped Kozacenko at 5:40 a.m. The stop was made after the officers received a report of a sleepy driver at the brake check station five miles east of the scene.

In court Murrill testified that Kozacenko refused to sign a ticket citing him for driving his truck for too many hours. As a result, he had to make a forcible arrest.

Kozancenko said he first wanted to read the ticket before signing.

The 220-pound Murrill goes on to write in his report that the 6’ 165 pound Kozacenko was “actively resisting ” and “exhibited extraordinary strength” in refusing to be detained. “It was not a standard arrest,” the officer stated on the witness stand, even with the help of his 190-pound fellow CHP officer Sherman on the scene with Murrill.

Kozacenko’s attorney, Stewart Katz, told NBC Bay Area that the entire situation should have been avoided.

“There was just no provocation for any of this” Katz said.

Katz said that the initial ticket leading to Kozacenko’s arrest never should have been written in the first place. “The officer didn’t know the law, didn’t ask anyone the law, didn’t look anything up, just wrong.”

In his testimony during an evidentiary hearing on a defense motion to suppress evidence gathered after the ticket was written, officer Murrill admitted that he was confused, either by the law governing the hour limits for truck drivers or by reading the truck driver’s log book. Murrill also admitted on the witness stand that he was not a trained commercial vehicle specialist and did not call to ask for a commercial vehicle specialist to help at the scene. And he admitted on the stand that the hours Murrill was reading on Kozacenko’s truck driver log book were recorded two days earlier when Kozacenko was driving through Nebraska, Iowa and Wyoming.

“He’s punched, his arm is broken, they’re on top of him face down, his ribs (are) fractured ,” said Katz. “They’re cutting off the oxygen for a significant period of time, they’re trying to use a taser on him.”

In describing his client’s arrested Katz compared it to some of the worst civil rights violations he’s personally ever seen. “The only time I have seen worse injuries as a result of police actions, was when someone was shot with seven bullets” Katz said.

Dashboard cameras on the highway patrol cars of CHP supervisors responding to the scene show Kozacenko’s truck and Murrill and Sherman’s SUV patrol cars after the truck driver had been whisked away to the hospital.

But according to the CHP there is no dash cam video of the actual incident. In response to a public records request the CHP says Murrill and Sherman didn’t have cameras in either of their patrol SUV’s. The CHP also said that computer aided dispatch logs of radio conversations from the incident weren’t found because of “system malfunctioning for this time period.”


In addition to being cited by officer Murrill for driving over hours, Kozacenko was written up for DUI.   However,  that citation was also dropped (along with the driving too many hours charge) when Kozacenko’s  blood alcohol came back clean at 0.00%.

The arrest report also suggested drug possession after officers seized a white powdery substance found in a white plastic pill bottle from Kozacenko’s truck cab. But that, too, turned up clean. The substance was table salt.

Finally, Kozacenko was charged with misdemeanor resisting, obstructing or delaying a peace officer. That charge was dismissed after a judge granted the defense’s motion to dismiss the evidence after court testimony about what happened out on the freeway.


Acting Chief Ken Hill oversees the CHP Valley Division, which includes the CHP Gold Run office where Murrill still works. Hill told NBC Bay Area he could not address the specifics of the case because  of pending litigation, but assured that he reviews every incident where force is used by one of his officers including Kozacenko’s incident.

“It was not something that jumped out at me being ‘oh my gosh,’ we have some serious issues here,” Hill told NBC Bay Area.

“The public if they get stopped and simply comply with what they are asked to do, they have nothing to fear, nothing to fear at all. It is when a citizen decides to disregard the direction that they are given, and they decide to do something different, then things escalate, and I’m not talking about this case specifically, but sometimes a citizen will do things that causes us to escalate our actions,” Hill said .

Hill said every officer goes through extensive training through the CHP academy.

NBC Bay Area made a final attempt to speak with officer Murrill while on duty at the Gold Run office to get his side of the story. Instead we were handed a note to speak with his attorney while Murrill remained inside behind closed doors for hours.

Murrill’s attorney, California Deputy Attorney General Jill Scally, told NBC Bay Area that there would be no comment other than to deny all charges in the civil suit filed by Kozacenko against the state of California and the officers. And in a formal response to that civil suit filed in court, Murrill’s attorneys raised numerous defenses including that “the force employed…was reasonable and not excessive.”

“Justice would be the CHP taking a hard look and seeing whether either of these people should be driving around with a badge and a gun,” Katz said.

According to statistics from CHP’s internal affairs division, the Valley Division, where Murrill works, led the state in the number of disciplinary actions against officers for 2011, the same year of Kozacenko’s arrest.

When we asked Acting Chief Hill on April 2, 2013, whether officers Murrill and Sherman continue to work for the Highway Patrol, Chief Hill confirmed both men are still officers with CHP. Hill would not confirm or deny whether there had ever been an internal investigation into this case. 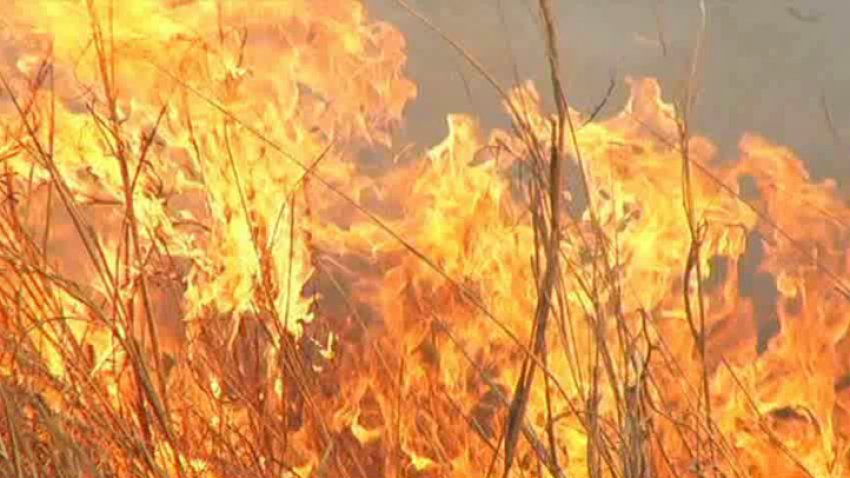 As for Olegs Kozachenko, because of his injuries he can no longer work. His family is seeking both financial and medical help for him. They've set up a website that anyone who wants to help can visit to make a donation.

You can cickhere to visit the Kozachenko family website.