Twice each year, Elizabeth Azzuz leads an unusual expedition into the Klamath River forest in Humboldt County, where her tribe has lived for thousands of generations.

To set it on fire.

“Help us guide our hands as we bring the greatest tool left to us, to the land, which is fire,” Azzuz says, calling on the spirits of the elders. She then talks to the forest creatures themselves. “The birds, the trees -- we call them one legged people -- asking permission to come into their home, basically, and to light it ablaze.”

For more than 13,000 years, the Yurok saw fire as a gift from the creator and it was their sacred obligation to use it to preserve the land.

The animals they hunted flourished in the newly open spaces on the land they burned. They harvested medicinal herbs and wild berries that sprung from the ashes. And the flames made normally brittle hazelnut sticks pliable enough to weave into baskets.

State officials acknowledge California can learn a lot from the Yurok and other tribes as it tries to combat devastating megafires and offset the impacts of climate change.

“The Native Americans have always lived with fire, and they continue,’’ said Dar Mims, an Air Resources Board meteorologist and a leader of the state’s wildfire task force. “And we live with fire, we just haven’t embraced it to the degree that they have. And that’s where we’re going. We have to live with fire as opposed to having to suppress it all the time.” 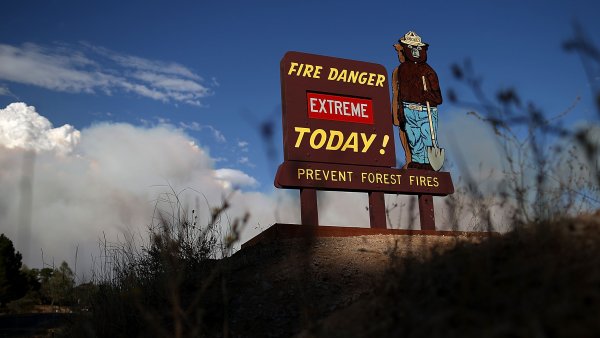 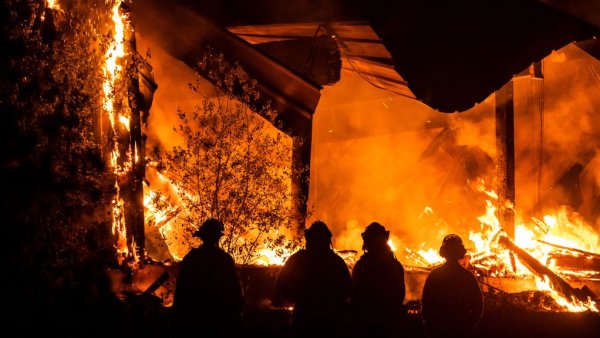 To do that, Mims said the state is teaming up with the Yurok and has joined the U.S. Forest Service on a plan to thin or burn one million wildland acres a year by 2025. Scientists believe Native peoples once burned twice as many acres each year in the state. That was before European settlers, who saw fire as the enemy, outlawed burning in 1850.

Azzuz said she first learned about what fire meant to her tribe when she was caught playing with matches when she was four years old.

“My grandfather, who was blind, could smell what I was doing and made me put my fire out and sit below him so he could explain to me what fire meant to us, and how important it was,” she said.

The Klamath tribes resorted to secretly burning on their land to maintain their sacred tradition, she said. Some paid a price: They were branded arsonists for life.

“I have a relative who cannot light his barbeque,” Azzuz said. “He cannot light his wood stove. A family member actually has to go and do these things for him, so he could cook his food or heat his home. Because he can be arrested for having a match, flint or lighter.”

Finally, in 2013, the Yurok got the state’s approval to bring fire out of the shadows.

“They were all in their uniforms, very professional -- but they were pacing because they were bored,” she said. “They basically had to stand there for eight to 10 hours and watch us burn.”

But that strained beginning is now a full partnership with Azzuz’s group, the Cultural Fire Management Council.  Cal Fire recently awarded the council a nearly $1 million grant to help fund their plan to burn a  half million acres of Yurok ancestral lands, saying that Native peoples “bring thousands of years of traditional ecological knowledge to our partnership.”

Scott Stephens, a UC Berkeley fire science professor, said the pact is a start. But he thinks the most important lesson Native Americans can teach us is the never-ending need to cleanse the forest from being choked by fallen branches, dry needles and small trees. Getting rid of the fuel that kindles megafires must now become the state’s perpetual mission, Stephens said.

“Native people saw this as land stewardship, about really a relationship with the land that went on forever,” Stephens said.

Azzuz said she hopes that one day soon, the state will fully and truly honor that sacred obligation.