It currently leans more than 22 inches toward Fremont Street at the top of the building.

Crews began to bore new test holes around the base of San Francisco’s Millennium Tower on Friday as part of a city-mandated effort to investigate what went wrong with the intended fix for the tilting structure. The city also wants to prevent the problem from getting worse when the troubled $100 million project resumes.

NBC Bay Area’s Investigative Unit was first to report last month that the fix of the tilting 58-story structure – which relies on sinking new piles to bedrock to support the foundering building along two sides – had led the building to sink another inch and tilt five more inches in a matter of three months. It currently leans more than 22 inches toward Fremont Street at the top of the building. 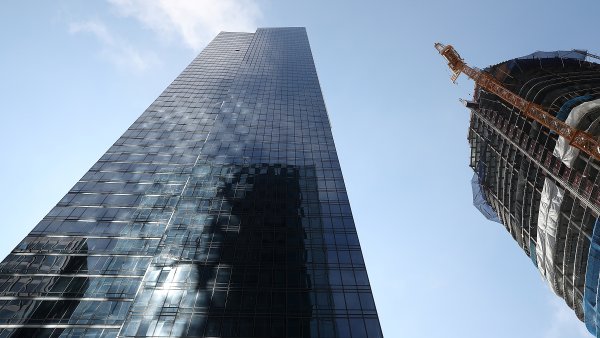 Last week, the city building inspection department pushed for a complete halt in the work to give time for a full investigation. In a notice to residents Friday, tower management said the goal of the testing effort is to “better understand the condition of soils immediately adjacent to piles that have already been installed.”

The boring samples will be analyzed in a lab and crews will install sensors at the bottom of the holes to measure vibration levels during new pile installation, the notice says.

In communications with city officials and panel of experts, fix engineers blame vibrations during digging of piles to cause soil layers under the building to suddenly densify and settle more.

One outside expert -- who had questioned the viability of the fix well before work started -- now questions both that theory and the timing of the test effort.

“If it’s necessary now, why wasn’t it done before they started this $100 million fix?” asked veteran geotechnical engineer Robert Pyke, who raised concerns about the viability of the fix back in 2019.

While Pyke says he backs doing the tests now, he says a more plausible explanation than vibration is the removal of soil during the drilling for pile installation that began in May along Fremont and Mission streets. Taking away all that soil, he says, left less ground support for the foundation.

In documents released by the city, fix engineer Ronald Hamburger calculated that on average, 20 cubic feet of soil – weighing about a ton – had been removed for each of 35 steel pile casings installed to date.

Pyke says that “loss of ground” – specifically the 35 tons of soil removed over three months -- was simply too much for the already troubled foundation. He says crews could have used more precise and controlled methods to avoid the problem.

“In this case, they should have taken every necessary measure to assure there was no loss of ground -- anything more than zero is an unacceptable loss of ground,” Pyke said in an interview Friday.