NBC Bay Area’s investigative unit was first to report this week that the $100 million fix of the troubled San Francisco high-rise had been put on hold because of new tilting and settlement of the building.

The Millennium Tower is now leaning five more inches toward Fremont Street – a 25 percent increase --  since construction started in May.

But e-mails obtained by the NBC Bay Area’s investigative Unit show engineers stopped part of the work on Aug. 2 as they scrambled to figure out what was triggering the sudden movement.

The move came despite assurances in late July by Ron Hamburger,  the fix’s lead designer, that the half-inch of recent settlement since work began in May “has not compromised the building’s safety” and was comparatively small. 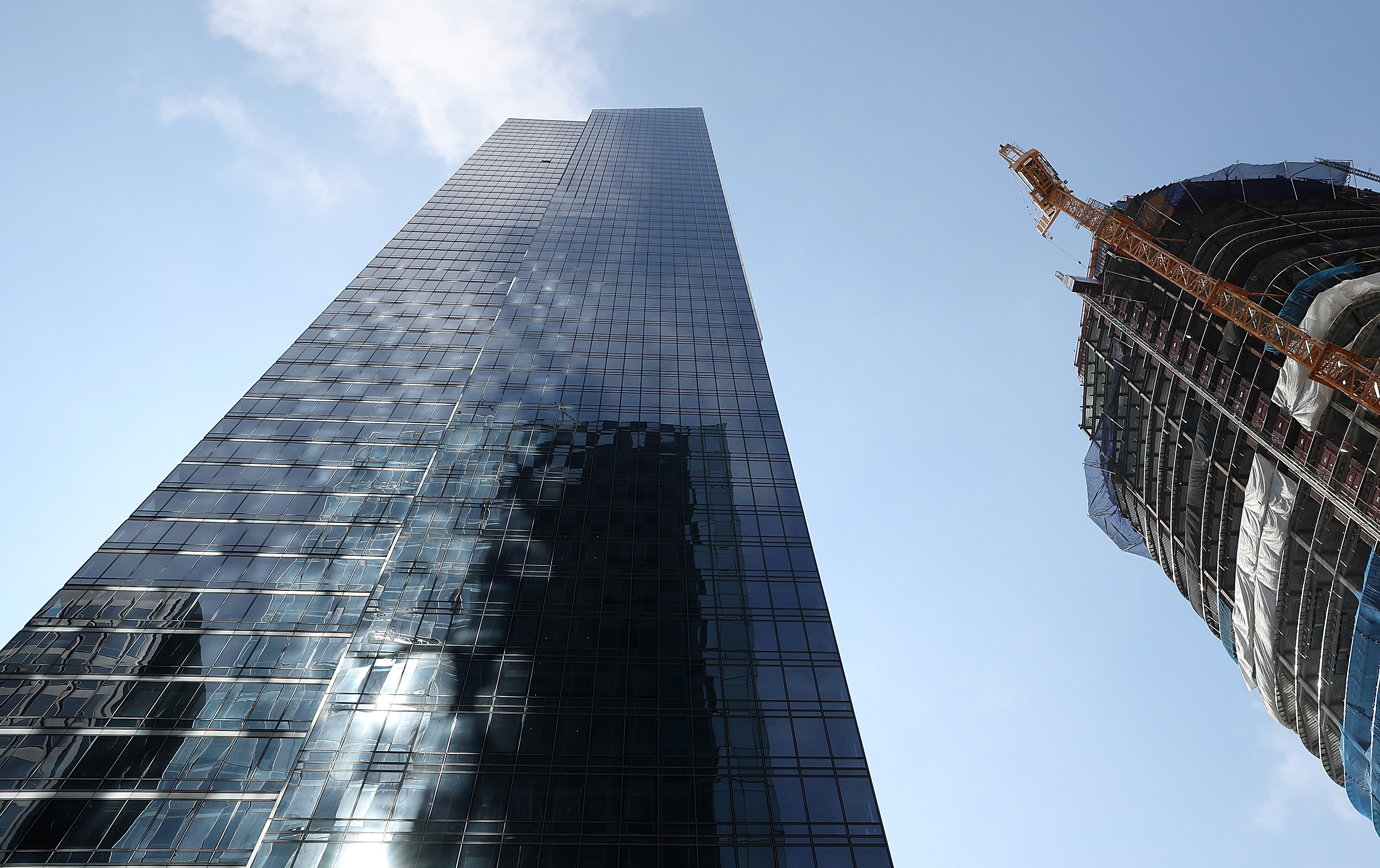 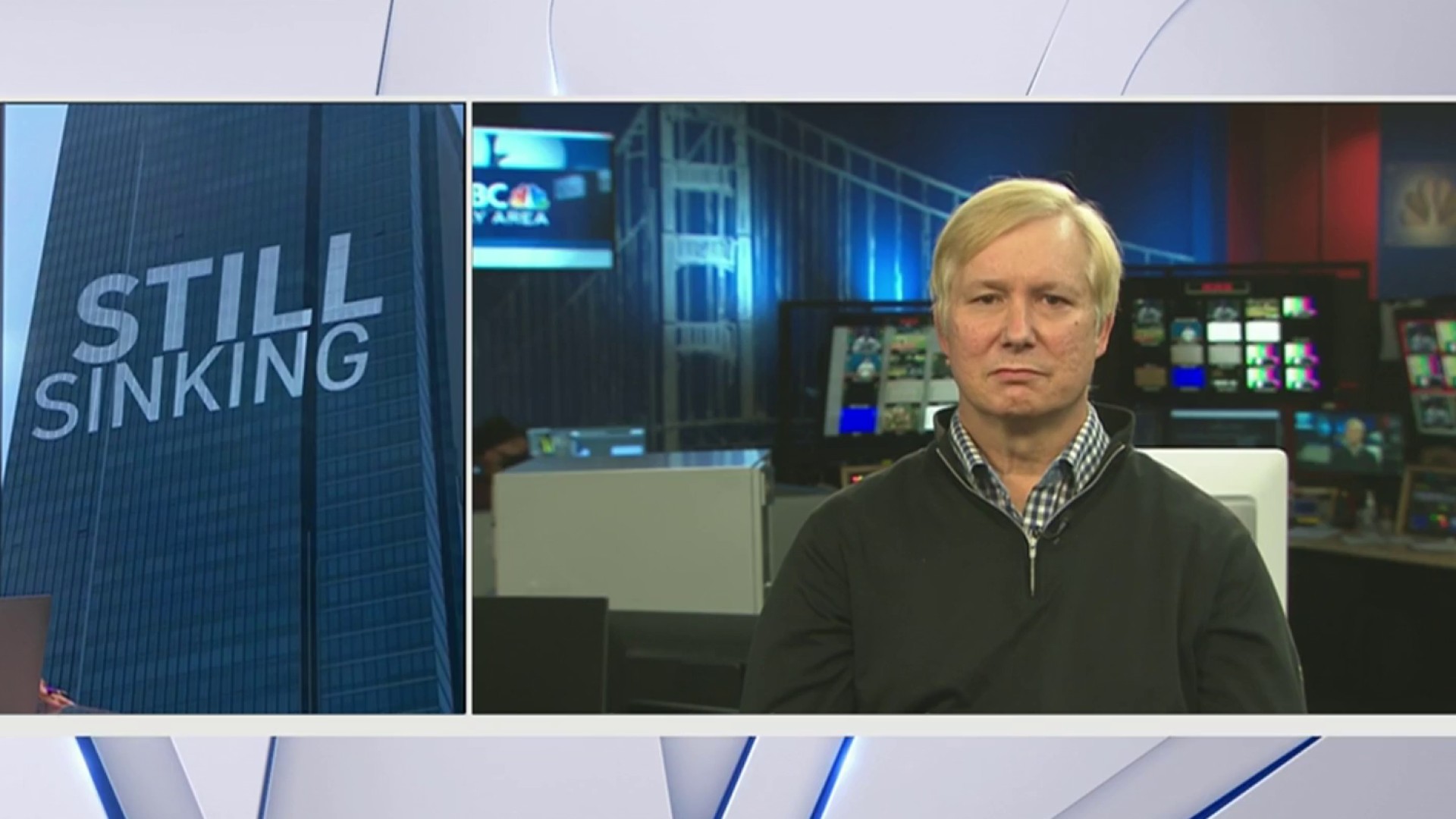 Still, Hamburger endorsed a plan to stop drilling three foot wide holes on Mission Street. The holes are lined with steel tubular shafts that set the stage for the key part of the fix. Inside those shafts, crews sink smaller diameter piles down to bedrock. The plan calls for attaching a newly bedrock-supported foundation built atop those piles to the old, sinking foundation.

The shaft installation was the suspected cause of the new settlement.  If the sinking subsided when shaft drilling was halted, Hamburger theorized to city officials, that could help prove a theory that drilling of the shafts was compressing and de-stabilizing the soil near the existing  foundation.

As he supported stopping shaft installation, Hamburger downplayed the likelihood the chances that the longer, 24-inch diameter piles, were the culprit. The plan called for those piles to be inserted in existing shafts during the partial work stop.

But there was a hitch.  One mentioned by Stanford professor Greg Deierlein – the head of the city’s review panel – in a communication with city officials. He wrote on July 29, warning  that despite Hamburger’s proposal, fix work was continuing “unabated.’’

“We are bringing this to your attention as a point … to be aware of and perhaps raise with the 301 Mission Street building owners,” Deierlein told building inspection officials.

An engineer working on the Millennium Tower in San Francisco is trying to ease concerns about a similar situation to the Florida condo collapse happening in the Bay Area. As NBC Bay Area’s Investigative Unit has reported, the tower has sunk 18 inches over the past 10 years.

The next day, on July 30, the homeowners association board agreed to put a two-to-four-week hold on shaft drilling work, documents show.

But by that time, 39 shafts had already been installed. Soon, crews refocused on sinking 24-inch diameter piles along Fremont Street.

But by mid-August, it was apparent from the data that the problem was more complex than fix engineers had hoped.  Despite the pause, the building had settled another half inch – possibly due to soil being displaced during installation of the 24-inch piles. That prompted the board to put all pile installation on hold as of Monday.

Data released by the city on Monday shows the tower is currently leaning 22 inches towards Fremont Street – compared to 17 inches when work began.

“The question is how do you solve the problem,” Kardon said. “The way to solve the problem, as I see it, is not to continue going on the route that is showing you the wrong route, but to recoup, reconfigure the solution and do something that has a better chance of working.”

Yet as of July 30, Deierlein and his panel expressed “full confidence” in the fix team’s “ability to address this challenge,” according to his summary of findings of a review panel meeting on the issue.

“They have been proactive and responsive in addressing the increased foundation settlement by engaging with the contractor and (the homeowners association) and being responsive to our inquiries.”

Strong winds have broken a window on the 41st floor of San Francisco's Millennium Tower, showering glass below and causing the closure of Salesforce Park and a portion of Fremont Street, which has since reopened. Sergio Quintana reports.