More than 80 families have come forward alleging elder neglect and financial abuse as part of a federal lawsuit targeting the largest senior living provider in the country.

The lawsuit accuses Brookdale Senior Living, which owns about a dozen locations across the Bay Area, of running “a system of understaffed assisted facilities that fails to consistently provide even the most basic level of care.” 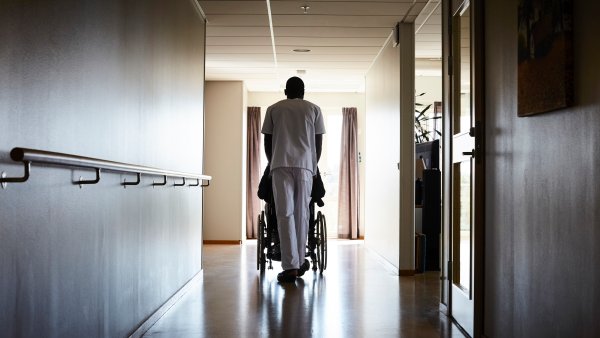 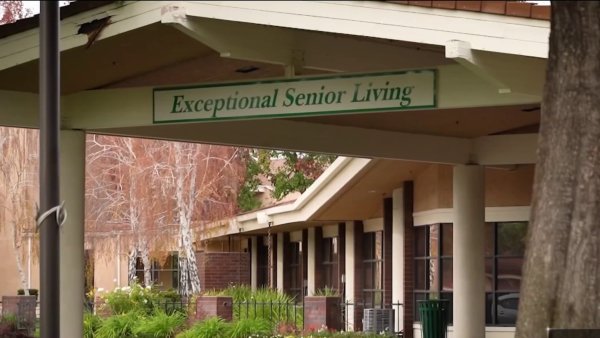 “I became very concerned because of the staffing,” said Mary Helm, whose husband Michael Buckley, a Vietnam veteran with Parkinson’s disease and diabetes, was living at a Brookdale facility in Santa Rosa the company no longer operates.

“There were too few staff for too many people with need,” she said.

Earlier this year, Brookdale’s Napa facility was cited for persistent staffing shortages and for failing to properly investigate after a resident fell 10 times and ended up in the hospital.

When asked about those violations, Brookdale said it “doesn’t always agree with the merits or the regulatory interpretations…nevertheless, we submitted a plan of correction.”

And in March, California’s Attorney General sued Brookdale over the company’s skilled nursing operations, stating the company misled federal regulators about staffing and quality of care, which Brookdale disputes.

Michele Lytle said that she placed her father Ed Boris in the same Santa Rosa facility as Michael Buckley after he developed dementia. The facility appeared beautiful during the tour but Lytle added that she soon started to think the level of care didn’t match the façade. She said her father suffered falls that were never reported, missed meals, and lapses in his medication.

“I just couldn’t believe that was happening,” said Lytle, one of 83 families who have filed declarations in the ongoing lawsuit.

She told NBC Bay Area the Brookdale staff failed to address a blocked catheter that made it impossible for her father to urinate. But nurses continued to give him fluids, she said, causing his kidneys to fail. He ended up in the ICU and then was placed into hospice care. Lytle believed Brookdale’s treatment of her father exacerbated his already declining health and contributed to his death in 2018.

In a conversation with industry insiders, Investigative Reporter Candice Nguyen found out what you can do when searching for an assisted living facility for a loved one and what to do to ensure their wellbeing is maintained during their stay.

“I really hope [this lawsuit] helps,” Lytle said. “It’s tragic, but it makes me feel stronger to know that I’m not alone.”

Grunfeld has requested a judge to expand their case into a class action lawsuit, which would allow other former residents to potentially join as plaintiffs.

“We are trying to ensure that at least this one provider that has so many locations in California starts to comply with those basic mandates,” Grunfeld said about the case's ADA allegations.

Brookdale declined NBC Bay Area’s request for an on-camera interview about the federal lawsuit, but during an in-person meeting, responded to certain questions not directly related to any of the specific allegations.

“Size and popularity make us a target for lawsuits, some driven by plaintiff’s lawyers,” a Brookdale spokesperson said.

“We are vigorously defending our company from the unsupported allegations made against us.”

As for the alleged accessibility issues, a spokesperson said the Americans with Disabilities Act doesn’t specifically mention assisted living facilities, but said the company makes case-by-base decisions to accommodate requests from residents based on need.

In September, Brookdale made headlines in Northern California after footage from a hidden camera installed by a family at Brookdale’s Folsom assisted living facility captured a caregiver hitting an elderly woman and pulling her hair. A second caregiver watched and failed to report the abuse, according to state inspection records.

In a statement, Brookdale said, “If allegations are brought forward about misconduct, abuse, or neglect, we take swift action…We do not tolerate such actions and the situation is dealt with promptly.”

Mary Helm pulled her husband, Michael, out of Brookdale; he now lives at a VA hospital. Michelle Lytle says her father, Ed, never fully recovered from the catheter incident at Brookdale and eventually passed away. Both women say they hope the lawsuit brings about change for their family members and for anyone else who may need to seek care as they age.

“It scares me to death,” Lytle said. “What’s going to happen when we get to that point?”