Authorities believe at least two and possibly three shooters fired off a barrage of as many as 70 rounds at the party bus just after midnight on May 18. Gunfire erupted at three different points: on Interstate 580, at the Seminary Avenue off-ramp and then at 68th Avenue and Foothill Boulevard.

Authorities say the bus had picked up passengers celebrating a 21-year-old woman’s birthday in San Francisco. The suspected target, one of two male passengers, managed to duck as the bus was riddled with bullets, killing Alayasia Thurston, 19, of Oakland, and Zoey Hughes, 16, of Modesto. Another passenger was critically injured. 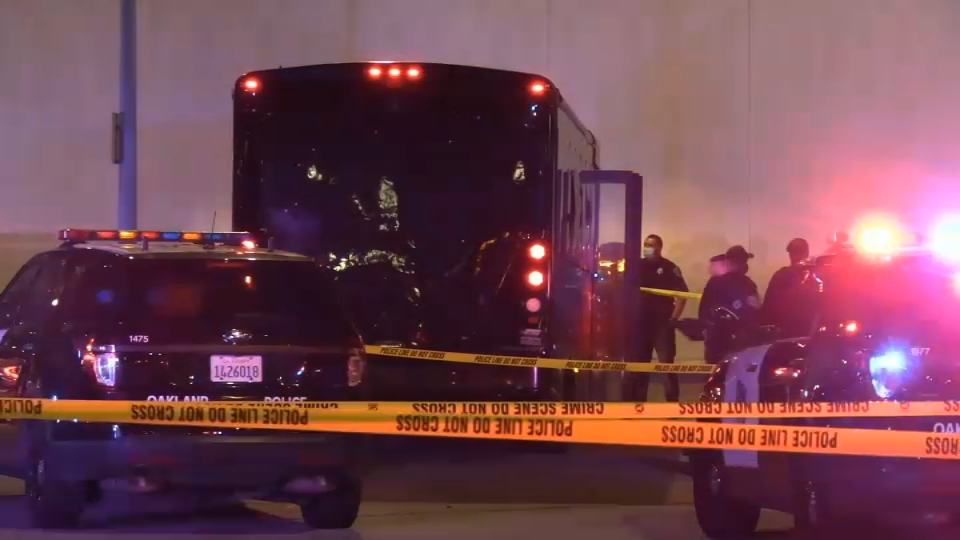 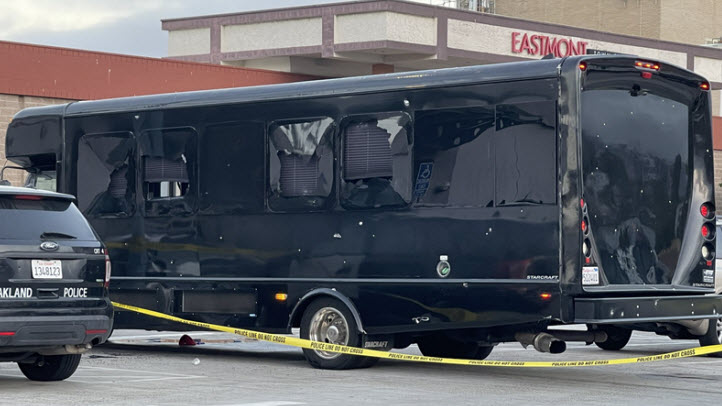 Law enforcement sources tell NBC Bay Area the bus shooting appears to have been in response to a shooting at 5:53 p.m. on May 16. Oakland officers -- responding to sounds of gunfire near Highland Avenue and East 26th Street -- found one of the teenage victims on the ground. The second was dropped off at a nearby hospital, where he later died.

Authorities said they detained another 17-year-old shortly after the shooting, but released him later. Authorities have yet to disclose the names of the 17-year-old victims, who apparently knew each other but lived in different parts of the city.

Oakland City Councilman Noel Gallo, who represents East Oakland, says the escalation of violence in the city this year has been dramatic.

"Certain groups" are actively seeking out specific victims to gun down, he said.

"The targeting, the shootings that are going on, are really out of control," he said, noting that the homicide toll in the city so far this year stands at 55.

"It’s got to stop," Gallo said, stressing that success reducing gun violence depends on community cooperation with police and vice versa. Gallo says there’s support on the council both to hire more officers to restore depleted police ranks and to re-staff specialized police units that target street crime and curb sideshows that often become the scenes of bloodshed.

"For us to solve the violent crime in Oakland, it is going to take all of us to do it," the councilman said. “That’s the bottom line.”