A Palo Alto man whose late-night encounter with a police officer in July 2019 outside a local donut shop left him with a fractured bone in his face filed a federal civil rights lawsuit Wednesday against the Palo Alto Police Department.

In the lawsuit, Julio Arevalo, 24, alleges he was illegally detained by Palo Alto police officer Agent Thomas Destefano Jr. and seriously injured when the officer pinned him against a metal face and slammed him into a concrete sidewalk while attempting to detain him.

Surveillance video from the donut store, first aired by NBC Bay Area in December 2019, showed Arevalo going limp as his head slammed into the ground. After being taken to a nearby emergency room, doctors diagnosed him with a fractured orbital bone.

“I should have just stayed home,” Arevalo told NBC Bay Area. “But my son, you know, I wanted to give him what he wants. I went to get him a donut and I never came back.”

In his incident report, Agent Destefano said he detained Arevalo because he saw the man involved in what appeared to be a hand-to-hand drug exchange. However, the store surveillance video doesn’t appear to show any such drug deal and no drugs were ever found by officers who searched Arevalo’s belongings and surrounding area. 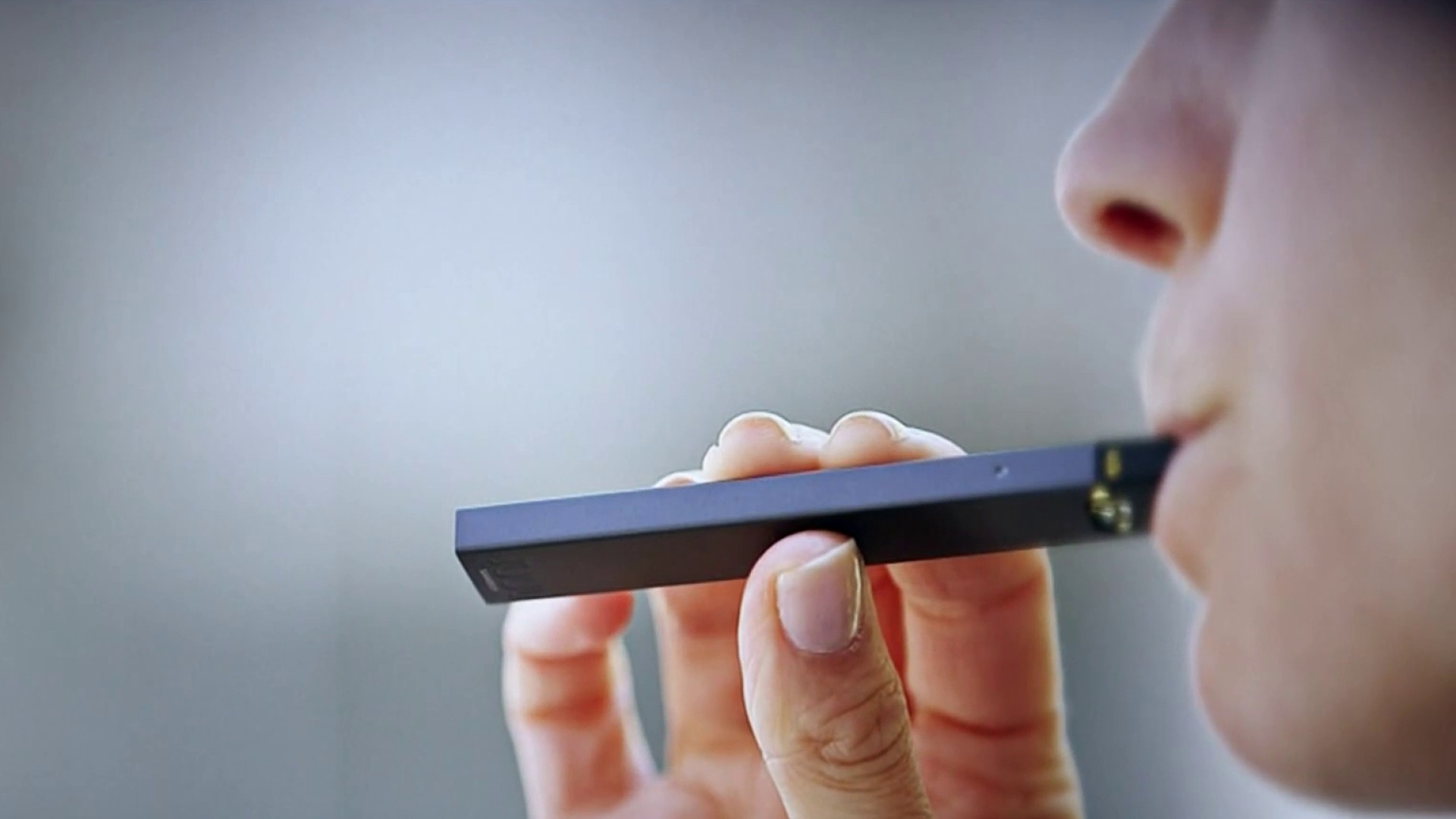 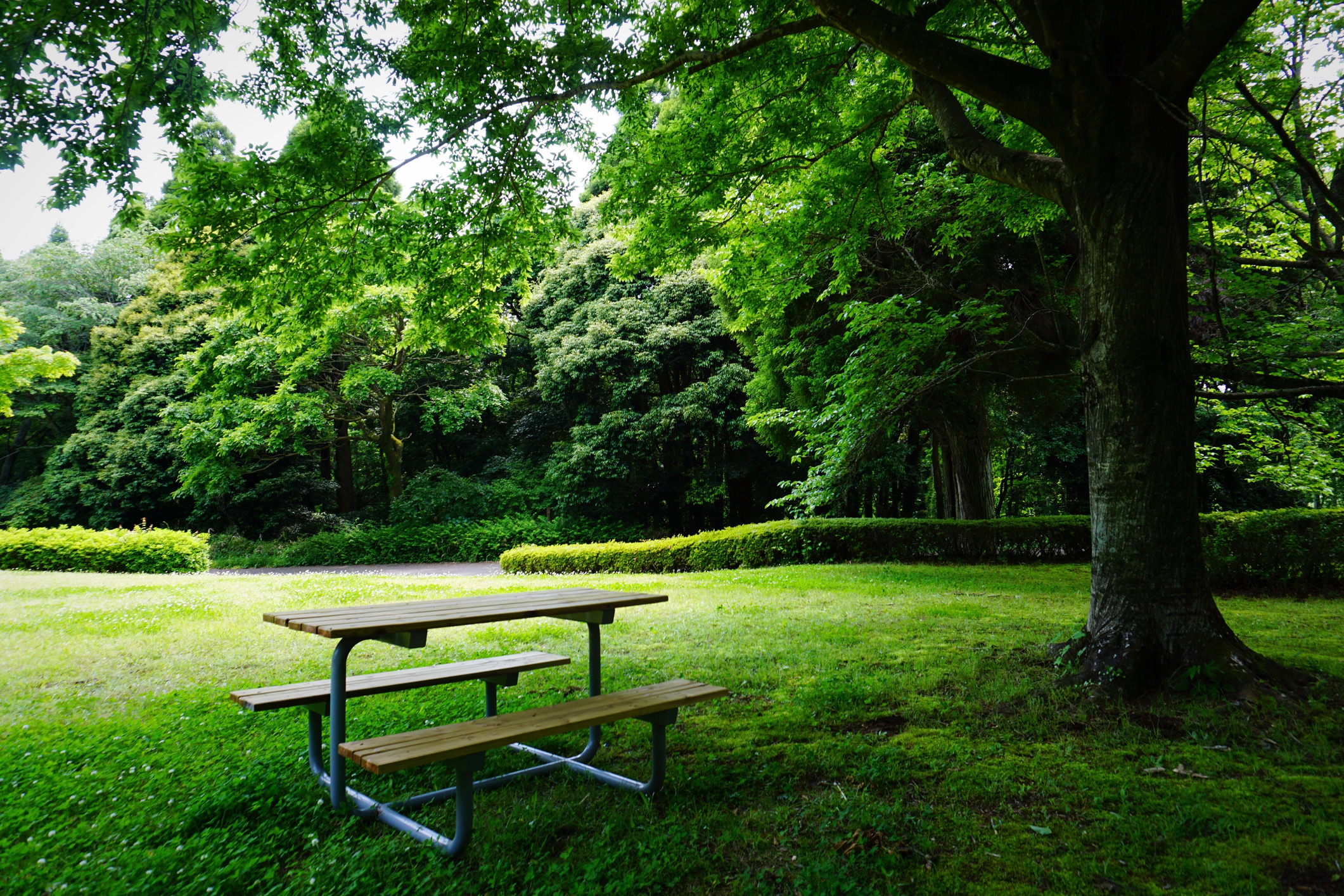 Palo Alto police forwarded the case to the District Attorney’s office to review for charges of resisting arrest, battery on a peace officer and being under the influence, but nearly a year later, Arevalo hasn’t been charged with a crime in connection to the incident.

“Julio would have gone home and taken a donut to his child and he would have lived happily ever after,” Arevalo’s attorney Cody Salfen said. “Instead, he was knocked out, a bone in his face was shattered, and he’s left with injuries and emotional scarring that’s going to plague him for the rest of his life.”

Palo Alto police released an internal investigation into Destefano’s use of force late Friday, as well as footage from the officer’s body-worn camera. The release followed ten months of requests from NBC Bay Area dating back to last fall.

The investigation concluded Destefano’s use of force was justified but found there were discrepancies between the officer’s report and the video of the incident that warranted further investigation. Police did not elaborate on what those discrepancies were and have not responded to an NBC Bay Area inquiry seeking clarification.

In the lawsuit, Salfen said there was no legal justification for Destefano to detain his client in the first place. Although Arevalo was on probation, Salfen said police radio traffic from the incident suggests Destefano did not confirm Arevalo’s probation status until more than 20 minutes after he slammed the man to the ground and placed him in handcuffs.

“Agent Destefano apparently suspected Julio was on probation when he decided to unlawfully detain Julio, and thereafter looked up Julio’s name and ran his name a significant amount of time after he had already detained and brutally attacked Julio,” the civil complaint states.

The lawsuit comes during an already-tumultuous year for Palo Alto’s police department. As NBC Bay Area reported earlier in June, the FBI’s civil rights division opened an investigation into the department last fall. While the FBI would not confirm or deny the investigation, court records show the FBI’s probe is related, at least in part, to an incident where Latino resident Gustavo Alvarez was pulled from his home by Palo Alto officers in connection to a suspended driver’s license.

“I think that having the FBI essentially watching over this case is going to send a message to other officers that their buddy who happens to be assigned to internal affairs isn’t going to be the only person that’s scrutinizing their unlawful conduct going forward,” Salfen said, who also represented Alvarez in a lawsuit against Palo Alto and its police department.

Benitez wrote a letter of apology to Alvarez and every Palo Alto police officer was required to undergo “LGBTQ awareness” training under the terms of the settlement agreement. The department has not told NBC Bay Area how many officers have completed that training. Benitez retired from the department after the incident. Last week, the Santa Clara County District Attorney’s Office walked back a public statement saying the office would not criminally charge Benitez for his conduct. Now, the DA’s office said it will continue its review of the case.

Destefano is no Stranger to Controversy

Agent Destefano himself is no stranger to controversy. Not only was Destefano one of the officers who pulled Alvarez from his home in 2018, the officer has been named in another previous civil rights lawsuit against the department filed by former city resident Tyler Harney in 2014. Palo Alto paid in excess of $800,000 to settle both cases.

And in 2017, Destefano was suspected of crashing into his neighbor’s car and leaving the scene without leaving a note or reporting the accident, according to a San Jose police report. According to the report, Destefano smelled of alcohol when officers contacted him at his home after the crash. Officers wrote Destefano was uncooperative with their investigation and had changed his story several times during their interview. Officers did not conduct a DUI investigation because some time had already passed between the crash and the time officers arrived at Destefano’s home, according to the report.

Although a misdemeanor hit and run charge was later dismissed, Destefano pleaded guilty to an infraction and kept his job with the Palo Alto Police Department.

While Arevalo’s lawsuit focuses on his run-in with Destefano at the donut shop, it also accuses the department of allowing a long-running pattern of excessive force, dishonesty, and corruption.

“How many people’s children have to be permanently damaged or even worse by this department before the City Council, before the Mayor, before the people of Palo Alto, the taxpayers, are going to step up to the plate and say, ‘We are not going to tolerate this in our town,’” Salfen said.

The Palo Alto Police Department and Agent Destefano have declined or not responded to multiple interview requests from NBC Bay Area over the past year to discuss the Arevalo incident, previous lawsuits, or the FBI investigation. However, appearing before the Palo Alto City Council on February 25, 2020, Palo Alto Police Chief Robert Jonsen acknowledged the swirling controversy around his department.

“I want the community also to know that I’m not naïve to the fact that we’ve been subject to some very serious allegations over the past year,” Jonsen said. “I want to assure you that I take these allegations extremely seriously and misconduct will not be tolerated.”

But Arevalo's lawsuit claims misconduct is, in fact, tolerated at the department.

The 199-page civil rights lawsuit takes aim at the culture within the Palo Alto Police Department, including its internal investigation process, and states officers target minorities living in the city.

According to the complaint, one of the officers in charge of investigating Destefano’s use of force served as a groomsman in Destefano’s wedding. The civil complaint includes photos of both officers from the wedding.

When former Palo Alto police Sgt. Wayne Benitez retired after being accused of excessive force and mocking Gustavo Alvarez for being gay, the lawsuit states that a number of high-ranking Palo Alto officers attended Benitez’s retirement party despite his alleged misconduct. The complaint also includes photos from the retirement party showing officers in attendance.

“High ranking officials showed up in uniform,” Salfen said. “Other individuals were off duty and showed up to celebrate Wayne Benitez. To say it was a slap in the face is an understatement.”

Also included in the lawsuit’s detailed recounting of past Palo Alto police controversy is Chief Jonsen’s time as the Lancaster station captain for the Los Angeles Sheriff’s Department. In 2013, the U.S. Department of Justice Civil Rights Division found sheriff’s deputies from the Lancaster and Palmdale stations “Engaged in a pattern or practice of discriminatory and otherwise unlawful searches and seizures, including the use of unreasonable force, in violation of the Fourth Amendment, the Fourteenth Amendment, and Title VI."

Although Arevalo told NBC Bay Area’s Investigative Unit that he remembers nothing from his encounter with Destefano, the entire incident unfolded under the lens of Happy Donuts’ surveillance camera and was also captured on Destefano’s body-worn camera. Following 10 months of requests from NBC Bay Area, Palo Alto police finally released the body-camera footage and the department’s use of force investigation late Friday.

The internal investigation, completed in December, five months after the July incident, found that officer Destefano’s use of force during Arevalo’s detainment and subsequent arrest “appeared reasonable and within policy.”

But it also noted discrepancies between the video and Destefano’s written report that investigators said warranted “further investigation.” The report did not state what those discrepancies were, and the department released no findings from such an investigation, if one occurred.

The report also stated that Arevalo told officers he’d been in a fight with an unnamed person near Happy Donuts before his encounter with Destefano, although officers could find no record of that in the surveillance video.

The release of Destefano’s body-worn camera footage sheds new light on the encounter as it captured the verbal exchanges between Arevalo and Destefano, which were not picked up by Happy Donuts’ surveillance camera.

However, the footage doesn’t include the first thirty seconds of audio from Destefano’s body-worn camera, so it’s unclear what was said as the officer first contacted Arevalo in front of the donut shop. Upon the video’s release, the department said the audio recording begins at the time the officer activates the body-worn camera, but adds the prior 30 seconds of video, which is why that sound is absent.

The video shows Arevalo stop as Destefano approaches him, then begin to slowly walk away from the officer. As the audio from Destefano’s camera clicks on, Arevalo can be heard asking Destefano to, “Back up, please.”

Destefano then asks Arevalo if he’s on probation and Arevalo doesn’t appear to answer as he continues to walk away from the officer. The video shows Destefano radio police dispatch, saying, “He’s out with a probationer who’s walking away from me.”

Immediately after that, Destefano pushes Arevalo against a metal fence in front of the donut shop. Arevalo can be heard asking the officer if he’s being detained and Destefano answers, “Yeah you are, you’re on probation.”

As Arevalo tells Destefano to let go of him, the video shows Destefano continue to push Arevalo up against the fence and tell Arevalo he’s being detained because he’s on probation. Arevalo begins screaming in pain and yells, “I’m not even resisting.”

Arevalo continues to scream and tells Destefano, “You have no right to arrest me,” as the officer attempts to put him in handcuffs. Arevalo can be seen gripping the fence, and at various points, is either screaming in pain or asking why he’s being arrested as Destefano attempts to handcuff him.

Then the video shows Destefano using what he described in his police report as a “left arm bar takedown” to slam Arevalo to the ground. Arevalo appears to go limp as his head hits the concrete. Destefano puts the limp man in handcuffs and continues to kneel on his back as Arevalo begins groaning in pain and soon begins to cry.

Moments later, Destefano can be heard telling Arevalo to stop resisting as the man kicks his legs out with Destefano kneeling on top of him. Other officers soon arrive.

Police say Arevalo received medical treatment from paramedics before he was taken back to the police station. They say he was later taken to the hospital once his face began to swell, where doctors diagnosed him with a fractured orbital bone in his face.

Palo Alto police did not respond to a request for comment Wednesday regarding the lawsuit.