Mayor Sam Liccardo spent Thanksgiving at his parents’ home, apparently skirting health guidelines that urge the public not to gather with people outside their household

San Jose Mayor Sam Liccardo appears to have broken health protocols in celebrating Thanksgiving with family members outside of his own household.

The NBC Bay Area Investigative Unit has learned Liccardo celebrated with his elderly parents at their Saratoga home with an unknown number of other guests. While the mayor’s staff did confirm the dinner took place, they have not disclosed how many other people attended, how many different households were present, and whether any of those in attendance wore masks while not eating.

“This is a private event – not public,” said Jim Reed, Liccardo’s Chief of Staff.  “We are going to redraw the line between what is personal and what is public because that line has become blurred.”

Reed repeated that same statement several times when asked to provide more details about the event, including the number of people in attendance and the types of safety precautions taken.

Reed, however, did note that Liccardo and other guests practiced social distancing while gathering and eating outside. 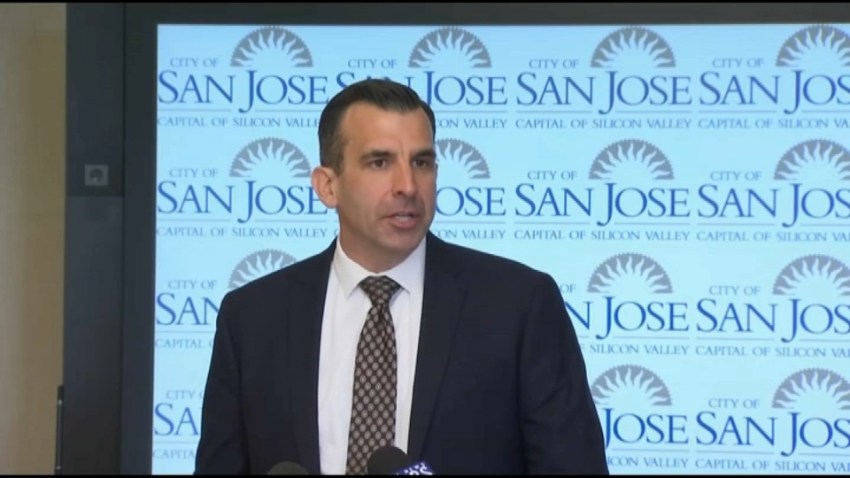 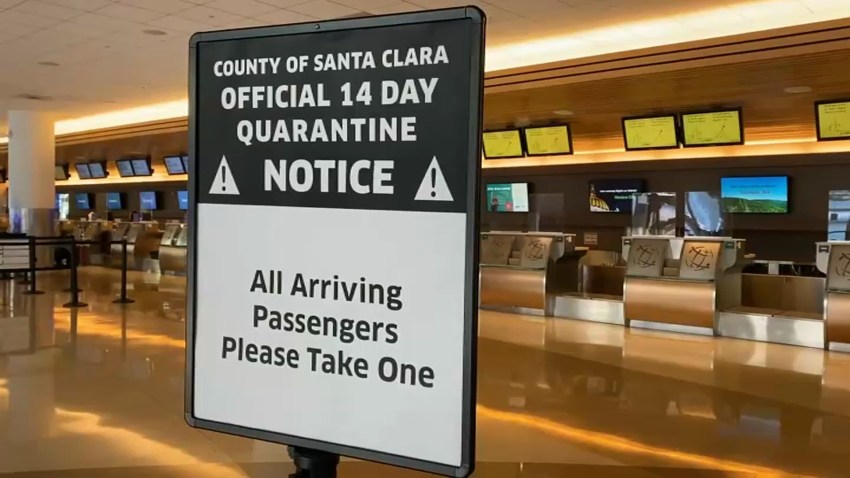 How Will Santa Clara County's Travel Quarantine Order Be Enforced?

The mayor’s press team, when questioned by the Investigative Unit about the mayor's Thanksgiving plans, initially said Liccardo was marking the holiday by “staying home” with his immediate family.  The day after Thanksgiving, however, the mayor's office notified the NBC Bay Area Investigative Unit that a spokesperson “misspoke” and explained that Liccardo spent the holiday with family at his parents’ home.

Last week, Liccardo urged his more than 33,000 Twitter followers to cancel "big gatherings this year" and noted the importance of following safety protocols, even with friends and family.

"Cases are spiking," he wrote. "We're letting our guard (and masks) down with family and friends."

While few details about Liccardo's Thanksgiving celebration have been released, it appears the gathering did elude guidelines frequently touted by the Santa Clara County Public Health Department, aimed at slowing the spread of COVID-19.

“Keep your holiday gatherings to your immediate household members only,” warned Santa Clara County Health Officer Dr. Sara Cody during a November 14 virtual town hall.   “I cannot emphasize enough, gathering with friends and family who are not in your household is not safe.”

A recent spike in coronavirus cases has prompted tighter restrictions across the Bay Area and the potential for California to exceed its capacity for hospital beds within weeks.

San Francisco Mayor London Breed spent the holiday alone at home, according to her staff.  A friend of Breed’s dropped her off dinner.

Oakland Mayor Libby Schaaf also spent Thanksgiving at home, according to her communications director.  Schaaf spent the holiday with her husband and two children, all of whom she regularly lives with as part of her normal household.

Other notable politicians have recently come under fire for failing to follow the very same rules and advice they’ve been asking the public to adhere to throughout the pandemic.  Speaker of the House Nancy Pelosi faced criticism after surveillance video captured her walking without a mask inside a San Francisco hair salon, which at the time was supposed to remain closed in accordance with local restrictions that halted the operation of salons.

Governor Gavin Newsom also faced harsh criticism for what some viewed as hypocrisy after it was revealed he attended a group dinner with people from multiple households at a Napa Valley restaurant.  Newsom later apologized after photos of the dinner were published.

“I made a bad mistake,” Newsom said.   “Instead of sitting down, I should have stood up and walked back, got in my car, and drove back to my house.”

On Thanksgiving afternoon, my wife Jessica and I attended my parent’s house for an outdoor dinner on their backyard patio, along with my sister-in-law. The five of us, plus my brother, have dined together—appropriately spaced–once or twice a week for several months, as a stable group of three households. On this occasion, that brother joined us late and dined separately, after we completed our meal. One of my sisters also joined us for this Thanksgiving afternoon, along with her son and daughter-in-law.

In summary, eight of us representing five households sat around three distanced tables in our own family groups on the back patio, and we wore masks when not eating. I have a very large family—I am one of five children--and several of our family members who would have often joined us for Thanksgiving in the past—including sisters, nephews, nieces, and cousins—stayed home out of caution.
After I returned home, I saw an NBC reporter’s tweet that I dined “at home” for Thanksgiving, apparently based on information from my communications office. Since that was inaccurate, I asked that we communicate with the reporter to correct the record, by clarifying that I was at my parents’ home. The following day, my chief of staff reached out to that reporter, informing him that I was at my parents’ house, which resulted in his report last night.

I understand that the state regulations, issued on November 13th , limit the number of households at a private gathering to three. I apologize for my decision to gather contrary to state rules, by attending this Thanksgiving meal with my family. I understand my obligation as a public official to provide exemplary compliance with the public health orders, and certainly not to ignore them. I commit to do better.”