San Francisco Supervisor Catherine Stefani is pushing legislation that would require District Attorney Chesa Boudin and his office to regularly release data regarding the prosecutions of domestic violence offenders.  One leading attorney in the District Attorney’s Office says critics are unfairly targeting Boudin’s administration in order to attack his progressive reforms.

San Francisco Supervisor Catherine Stefani is trying to force District Attorney Chesa Boudin to release details about how his office prosecutes some of the city’s most violent offenders. Stefani claims Boudin is putting lives in danger by allowing repeat offenders to go free.

"If he thinks lack of prosecution is the answer, I'd like to know why," said Stefani. "I think it’s incompetence - the fact that these cases are being brought to him and not charged and no interventions made." 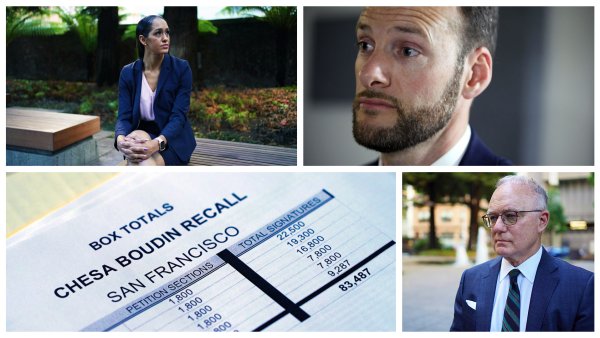 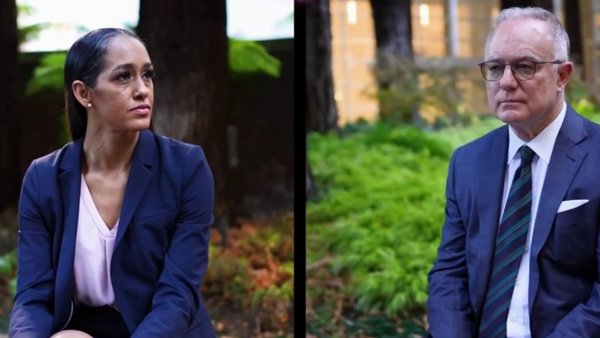 Accusations from DA Chesa Boudin's Former Prosecutors Go Viral, So What Happens Next?

Stefani says while Boudin’s office won’t release many of the details she’s looking for, she has received data from the San Francisco Police Department, which shows the District Attorney’s Office often lessens charges or even drops them all together in cases involving some of the city’s most violent crimes, including domestic violence.

"Doing nothing doesn't work," said Stefani, who wants to know how often Boudin’s office is cutting deals with defendants for lesser charges or even no charges at all.  "There's not a lot of transparency right now coming out of the DA's office."

According to San Francisco police records, officers made 131 arrests for felony domestic violence during the fourth quarter of last year. Those cases can involve injuries, weapons, and children. The District Attorney’s Office, however, dismissed 113 of those cases -- 86 percent. The NBC Bay Area Investigative Unit requested updated data from the district attorney’s office three weeks ago but have yet to receive a response.

"He dismissed 113 [suspects], which raised alarm bells for me," said Stefani. "Domestic violence cases are hard to prosecute, but I've been a prosecutor before. I've done [domestic violence] cases before, and that made no sense to me."

This week, Stefani will hold a hearing on legislation she’s pushing that would force the District Attorney’s Office and Police Department to release quarterly reports detailing what charges are used in domestic violence cases, and how often.

The ordinance will go to a vote Thursday during the city’s Public Safety and Neighborhood Services Committee, in which Stefani serves as Vice Chair. If Stefani gets the support of just one of the committee’s two other members, the legislation would move onto the full board for a final vote next month. If passed, the legislation would require the District Attorney’s Office and the Police Department to begin its new wave of data reporting in the first quarter of 2022.

The District Attorney’s Office would not comment on whether it supports or opposes the legislation.

In explaining why she believes the ordinance is necessary, Stefani points to a case where a man was arrested for threatening his wife with a gun to her head, pulling out a knife, and throwing her to the ground, injuring her in front of their two-year-old son. His original charges included domestic violence, child endangerment, and assault with a deadly weapon, according to court documents obtained by the Investigative Unit. The District Attorney’s Office, however, cut the suspect a deal, allowing him to plead to just a misdemeanor for vandalism. The sentence also included one year of domestic violence counseling and three years’ probation.

"It's a terrible felony domestic violence case, and it was pled out as a misdemeanor vandalism," said Stefani.

In a statement, District Attorney’s Office spokesperson Rachel Marshall said the plea deal "reflects the victim’s wishes," who wanted her husband to be able to continue working to provide financially for their child.

"In [domestic violence] cases, you don't often have a cooperative victim," Stefani said, who argues the district attorney’s office shouldn’t be relying on victims in order to pursue more stringent sentences. "To me, that’s backwards thinking."

DA's Office Responds to Allegations, But Boudin Still Not Commenting

"It’s absolutely untrue that we don’t have alternatives and that we’re not using rehabilitation," she said. "I was hired specifically to work in the Restorative Justice Unit."

There are currently "several hundred people" enrolled in treatment courts and other jail alternatives, according to the District Attorney’s Office.

"Under DA Boudin’s administration, approximately 500 defendants whose cases were resolved in 2020 or 2021 worked with our office’s Sentence Planner Program, an innovative one-of-a-kind program that provides prosecutors with additional tools for formulating effective community-based sentences that emphasize social services and treatment for defendants," Marshall noted in her statement.

As for Stefani’s accusations that the District Attorney’s Office has failed to provide her with requested data, Marshall said "we have no records of Supervisor Stefani requesting any documents/data from our office."

However, a letter obtained by the Investigative Unit, dated Jan. 28, shows Boudin himself wrote Stefani in response to one of her data requests. Stefani says the letter failed to answer all of the questions her office submitted to the district attorney regarding what types of charges are used for domestic violence offenders and how often.

"Our ability to provide data is extremely limited," wrote Marshall, who blamed decades-old computer systems at the District Attorney’s Office and the court, which she said are in the process of being updated.

The NBC Bay Area Investigative Unit has tried to interview Boudin for months to discuss how his office prosecutes cases.

NBC Bay Area submitted its initial interview request to Boudin’s office on June 11 - 138 days ago. At one point, Boudin agreed to sit down for an interview.  His staff later requested that the interview be limited to certain topics. As a standard journalistic practice, NBC Bay Area does not limit the scope of interviews and so the Investigative Unit rejected that request, but Boudin’s staff still agreed to the interview. Two hours later, however, Boudin’s office cancelled, citing a scheduling conflict.

"Something has come up on the DA’s calendar," wrote one of Boudin’s assistants.  "We are going to have to reschedule … we’ll be in touch shortly with a couple [of] future times."

Boudin’s office, however, never rescheduled and continued to ignore follow up calls and emails for months.

The Investigative Unit then filed public records request to obtain copies of the district attorney’s calendar, which shows his daily commitments, like staff meetings and appointments with community groups. However, on the day Boudin was supposed to sit down for an interview -- the same day as his last-minute scheduling conflict -- there is no appointment listed on his calendar. His afternoon appears to be wide open.

Interviews aren’t the only thing the district attorney isn’t providing. Boudin’s office also isn’t handing over a long list of public records requested by NBC Bay Area, even though California law says it must provide those records or explain why it can’t.

"That's why I've introduced this legislation," said Supervisor Stefani, who hopes the proposed law will ultimately force the District Attorney’s Office to be more transparent and keep the public informed about how often dangerous criminals are being set free.

"It worries me," she said. "We should reduce the prison population, but not at the expense of maybe having victims killed."