Frustration is mounting among families and industry watchdogs who say elderly residents in nursing homes and assisted living facilities are slipping through the cracks during California’s COVID-19 vaccine rollout and not receiving their shots as quickly as promised by state officials.

“What’s incredibly frustrating is we’ve spent the last 10 months waiting, hoping for the moment when vaccines would become available, only to find that the distribution of vaccines to the people most vulnerable in long-term care has really been a slow-motion train wreck,” said Mike Dark, a staff attorney at the non-profit California Advocates for Nursing Home Reform.

Despite being at the front of the line, data shows the vast majority of California long-term care residents have not received the vaccine, and many won’t get it for weeks, if not months.

“It didn’t happen. And there was no communication as to why it wasn’t happening,” said Lisa Arnett, whose mother has been isolated in a San Jose assisted living facility since the onset of the pandemic last March.

Arnett said her mother, who suffers from respiratory issues, is rapidly declining.

“She has completely lost touch with reality,” Arnett said. “She doesn’t know day from night. She doesn’t understand who the people in her life are anymore. And she’s lost the will to live.” 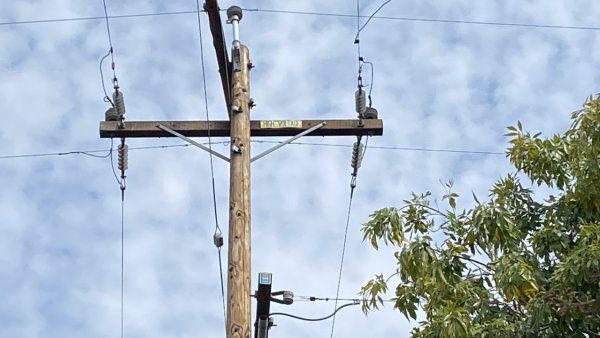 Who's Responsible for Trimming Trees Near the Powerline on Your Property?

Neither the CDC nor the California Department of Public Health currently have comprehensive data regarding vaccine distribution among long-term facilities, both agencies told NBC Bay Area. Neither do most Bay Area counties.

The CVS data shows most skilled nursing facilities partnering with the pharmacy have, in fact, received the vaccine, but the rollout for the rest of the state’s long-term care facilities will take much longer.

Since December, 437 out of 499 California skilled nursing facilities partnering with CVS have received the vaccine.

But so far, just 109 out of nearly 15,000 assisted living and other long-term care facility have had vaccination clinics, with about 1,700 more scheduled over the next week.

In a statement, a spokesperson for CVS said, “We continue to work closely with our partner facilities and remain on track to meet our program commitments.”

Walgreens didn’t provide as much data, only saying it’s completed 6,000 vaccination clinics in long-term care facilities across the country to date, with another 3,200 expected to proceed in the next seven days.

“We have started scheduling clinics at non-skilled nursing facilities in more than 70% of jurisdictions,” a spokesperson for the company said in a statement. “The positive trend gives us an opportunity to administer as many as 3 million doses to patients and employees in long-term care facilities in the coming months, and this number is growing by the day.”

Lauren Zimmerman Cook, CEO of Alameda Assisted Living Facility AEC Living, said she was originally told her facility would have its clinic scheduled by late January or early February.

Then Cook said she received a voicemail from CVS saying it was being pushed back until the end of February or early March.

“I quite literally cried,” Cook said.

However, after NBC Bay Area reached out to CVS, the company confirmed vaccination dates for both AEC Living and the San Jose facility where Arnett’s mom resides. She’s now scheduled to receive her vaccine today.

While Arnett’s mom is one of the lucky ones, advocates are calling for the state, counties and local hospitals to help get other vulnerable seniors vaccinated faster.

“The pharmacy program has not been working out,” Dark said.

“We are hearing that facilities throughout the state are being given vaccination dates out in March. We should all understand this isn’t a question of inconvenience. This means thousands more people will die than need to because of our slow rollout of these precious vaccines.”

Nicole Howell, the long-term care ombudsman for Contra Costa, Solano, and Alameda Counties, agreed others need to step in to speed up the process.

“We need local public health, we need some of our health care entities like Kaiser and John Muir and Stanford Health and Sutter and all of those people to be part of the solution,” Howell said.