A Signature Issue: How Aggressive Will Georgia Be in Rejecting Mail Ballots?

If a signature on a ballot doesn’t perfectly match the signature on the state’s voter roll – should that mail ballot count?  And do elections offices even have experts qualified to determine if a signature is mismatched?

The first question is the subject of an intense debate across Georgia these days in advance of a pair of Senate runoff races that could shape America for generations. The race between Republican Sen. Kelly Loeffler and Democrat Rev. Raphael Warnock, and Republican Sen. David Perdue and Democrat Jon Ossoff, will decide control of the U.S. Senate, which will likely determine the fate of President-elect Joe Biden policy goals.

The issue of signature scrutiny on ballots is so important that the state’s Republican party has even gone to court over it.

However, there is no debate about the second question, as the majority of U.S. elections offices are leaving signature verification up to staffers who are not experts in handwriting analysis.

Yet, the decisions made by these workers – in thousands of cities and counties all over the country – led to the rejection of hundreds of thousands of mail ballots in November’s election, many of which were cast by legitimate voters casting legitimate votes.

Signature verification is just one of the many safeguards election officials use to prevent voter fraud, and numerous investigations into allegations of widespread abuse all indicate the safeguards work: election fraud is minimal and generally insignificant to election results. 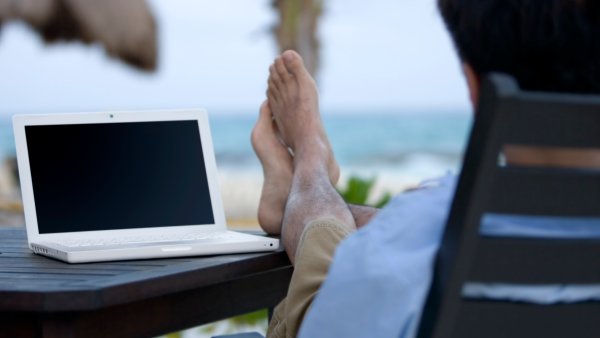 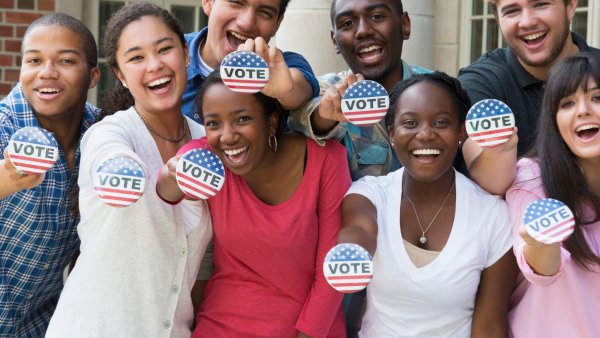 Election stats indicate most rejected votes actually come from real voters, as states that allow ballot-curing, or the fixing of deficient ballots, are able to remedy a majority of mail ballots initially rejected.  In addition to signature matching, other rejection reasons include signing an envelope in the wrong place, failing to include the “secrecy” envelope around one’s ballot, or a married couple swapping the barcoded envelopes they mail their ballots back in.

But just as America’s policies on signature verification vary greatly from one jurisdiction to another, an individual’s signature can vary greatly over the years – or even day-to-day – and may not look like the signature an elections office has on-file.

“Signatures evolve over time,” said James Spence III, a professional autograph authenticator with James Spence Authentication.  “It happens with everybody. We shorten our signatures just to get through documents….it could look very, very different each and every time.”

Spence says the matching challenge is compounded for elections officials when the only signature they may have on-file for a voter is one from a small digital stroke pad, like the kind found at departments of motor vehicles.  Or, when the signatures on voter rolls aren’t updated frequently.

“As you get older, your signature slows down a lot too,” Spence continued.  “When you're young and vibrant, you're able to sign your signature in a fast and flowing way.”

He said voters affected by a medical episode - like a stroke, Parkinson’s disease, or just weaker hands - are among the most vulnerable to inconsistent signatures that might get thrown out by elections officials.  Other groups include with women who may have had a name change following a marriage or divorce, or younger voters who are not experienced in cursive writing.

But signature experts say they can still usually tell when a sloppy signature is authentic – or when a neat signature appears forged.

“If you were to sign your name now and look at where does it start, where does it finish and sign your name again, you will see the variations within the signature, but it will stop and start in the same place,” said Beverley East, a veteran forensic handwriting examiner.

The Importance of Curing

At best, most elections offices give just a short seminar to the workers inspecting mail ballot signatures, which is why giving voters the chance to address ballot issues is so important.

But only 21 states have rules on the books requiring elections officials to reach out to voters whose ballots were rejected to give them a chance to prove their identity and cure their votes.

Twenty-nine states – plus the District of Columbia – have no curing mandate, so most voters whose ballots get flagged will never know their votes didn’t count.

The outreach can make an enormous difference.

In Georgia, where an ACLU lawsuit resulted in the state adopting mandatory curing laws in 2020, it’s estimated more than 10,000 ballots from real voters may have been cured because of the new law.  While the state could not provide NBCLX numbers on how many total ballots were cured in the presidential election, Gwinnett County, which accounted for just 8% of the state’s total votes, reportedly cured more than 1,200 ballots – more than a third of which were for mismatched signatures.

If the entire state cured ballots at the same rate as Gwinnett, that would mean 15,000 legitimate voters were able to save their legitimate votes thanks to curing laws – in a state that was ultimately decided by only 11,779 votes.

Nowhere is the signature debate hotter than in Georgia, where incumbent Senators Loeffler and Purdue are fighting to hold off their Democratic challengers.

Ahead of their Jan. 5 runoff elections, Loeffler and Purdue joined a GOP lawsuit that sought to give the state more control in how mail ballot signatures are reviewed. However, a federal court of appeals unanimously rejected the suit on Sunday, finding the request would contradict state law that gave county administrators control of how elections are run.

Georgia’s Secretary of State, Brad Raffensberger, has pushed back at critics – including President Trump – who have falsely claimed the state wasn’t conducting signature checks.  He put out a press release in early November boasting of Georgia’s increase in mail ballot signature rejections, which totaled more than 2,000 after the curing process was complete, out of 1.3 million total mail ballots.  Raffensberger has also released numerous statements ahead of the runoffs touting his office’s strict guards against mail vote fraud.

“We made stopping ballot harvesting a top priority and (a MITRE Corporation National Election Security Lab) report shows that we have succeeded in effectively eliminating the practice in Georgia,” said one recent press release.

Raffensberger also announced a statewide audit into signature matching following a tweet from the president calling for an investigation.

The review, conducted in partnership with the University of Georgia and Georgia Bureau of Investigations, has already begun in Cobb County, with initial results possibly available before the special elections.

“Election integrity has been a top priority since day one of my administration,” the Secretary of State’s press release said.  “Though the outcome of the race in Georgia will not change, conducting this audit follows in the footsteps of the audit-triggered hand recount we conducted in November to provide further confidence in the accuracy, security, and reliability of the vote in Georgia.”

Experts offer the reminder that just because a signature doesn’t match what’s on-file, does not mean the vote is fraudulent. And that “irregularities” do not necessarily equate to fraud, either.

They do expect the audit will discover local elections officials are not handwriting experts.

“You need a lifetime of authenticating a signature,” Spence said.  “Just giving a person a piece of paper and saying, ‘all right, look for these qualities when trying to determine the validity of the signature,’…it's just not as accurate as it could be.”

The pandemic created new challenges for state and local election officials, but it also sparked them to improve and expand voter access. Liberal and conservative legislatures alike expanded mail ballot access in 2020, with many passing mandatory curing laws to reduce voter disenfranchisement.

But the president's frequent attacks on absentee ballot turned voting-by-mail, which had previously been a Republican strength, into a lopsided Democratic advantage. And thus, an opportunity for politicians to tip the scales of democracy for partisan gain. Democrats continue to advocate for more ballot access, while Republicans across the country are pushing for tighter restrictions.

“It’s only after the 2020 election, where we're seeing a lot of Democrats now choosing to use mail ballots, that Republicans have suddenly become very interested in sort of fraud protections for mail ballots,” said Michael McDonald, political science professor at the University of Florida.  “So I do find it curious that whenever Democrats start voting in a certain way, Republicans suddenly become very interested in enacting laws that are going to make it more difficult for some people to vote.”

This fall, state officials in both Alaska and Texas went to court to ensure their elections offices wouldn’t be required to contact voters whose ballots had been rejected. Officials in Mississippi and Georgia did the same, but lawsuits were dropped after those states adopted reforms, which included mandatory notification and curing windows.

But the battles have likely just begun, despite what – from all accounts – was America’s most-secure election ever.

"Georgia Republicans have said they want to end no-excuse voting moving forward, but it will be interesting to see if that happens and what impact that will have in future local elections,” said journalist Jewel Wicker, a Georgia native and co-host of the “Gaining Ground: The New Georgia” podcast.  “Efforts to increase voter turnout are nonstop and ongoing. Organizers have to constantly mobilize voters and fight to ensure that voter suppression isn't happening in covert ways. Even when Georgia is no longer making national headlines, that work will have to continue."

McDonald said he expects the debates over voter ID laws and universal mail balloting that seemed ubiquitous in 2020 to only become more common.  But those debates are an opportunity to improve voter access.

A record 159 million Americans voted in November’s election, pushing overall turnout among voting-age adults to 66% - exceedingly high for the United States, but still far from the standard set by most other developed countries.

“If we're going to use mail ballots more frequently, we need to have more robust laws,” McDonald said.  “I hope that now in the aftermath of the election, lawmakers will look back at what happened and decide, well, we need to update those laws. We can see that there were problems. Even if it may only affect a few voters in the future. We still need to fix these problems.”

Signature rejection rates around the country

NBCLX contacted several dozen elections offices around the country to see how signature verification impacted the vote count.  Because elections are run at the state or local level in the United States, the policies – and results – regarding mail ballots vary greatly: