The vicious swings are likely only to continue

Fear dominated financial markets again on Thursday, and stocks fell sharply on worries about the fast-spreading virus outbreak. It's the latest shudder in Wall Street's wildest week in more than eight years.

Major U.S. indexes lost roughly 3.5%, and Treasury yields touched more record lows in their latest yo-yo move. The slide nearly wiped out the surge stocks had ridden just a day earlier, which came in part on hopes that moves by authorities around the world could cushion the economic fallout.

These vicious swings are likely only to continue, as long as the number of new infections continues to accelerate, many analysts and professional investors say. Thursday was the fourth straight day where the S&P 500 moved at least 2%, the longest such stretch since the summer of 2011.

The growing understanding that the spread of infections — and resulting damage to the economy — may not slow anytime soon is pulling sharply on markets. That pull has taken turns this week with the increasingly worldwide push that governments and central banks are trying to give markets through spending plans and interest-rate cuts.

“It’s been a roller-coaster market in recent days for equity investors, and today we appear to be on the downward leg for that ride,” said Terry Sandven, chief equity strategist at U.S. Bank Wealth Management. “What you need is time, and unfortunately that is still going to result in volatility.”

In China, where the number of new infections has been slowing drastically, stocks trading in Shanghai have rallied nearly 12% since hitting a bottom on Feb. 3. Factories there are gradually reopening, and a return to a sense of normal life may even be on the horizon following swift and severe actions by the government to corral the virus.

But elsewhere in the world, the mood is darker. There are about 17 times as many new infections outside China as in it, according to the World Health Organization.

In the U.S., the death toll climbed to 12 due to the virus. California declared a statewide emergency, and Southwest Airlines warned its investors that it's seen a significant decline in demand in recent days.

Losses were widespread, and energy stocks in the S&P 500 dropped to their lowest level since March 2009, when they were emerging from the financial crisis.

“The Western world is now following some of China’s playbook, closing schools and declaring a state of emergency for example, but there is a sense that this is too little, too late," said Chris Beauchamp, chief market analyst at IG.

Travel-related companies continued to fall sharply on worries that frightened customers won't want to confine themselves in planes or boats with others. Royal Caribbean Cruises sank 16.3%, Carnival fell 14.1% and American Airlines Group lost 13.4%.

A growing list of companies is warning investors that the virus virus is hitting their sales and profits, and investors are left with a lot of uncertainty about just how much economic growth will be affected.

“We could probably drive a metaphorical truck between the upside and downside cases here,” said Jason Pride, chief investment officer for private wealth at Glenmede.

Asian stock markets started Thursday off higher, riding the wave of optimism and hope that sent the S&P 500 spurting up 4.2% on Wednesday. U.S. congressional leaders reached a deal on an $8.3 billion bill to battle the outbreak, which the Senate passed Thursday, and the Bank of Canada followed up on the Federal Reserve’s surprise cut to interest rates the day before with its own.

Some economists expect the European Central Bank to make some kind of move in hopes of supporting markets before its meeting on March 12. 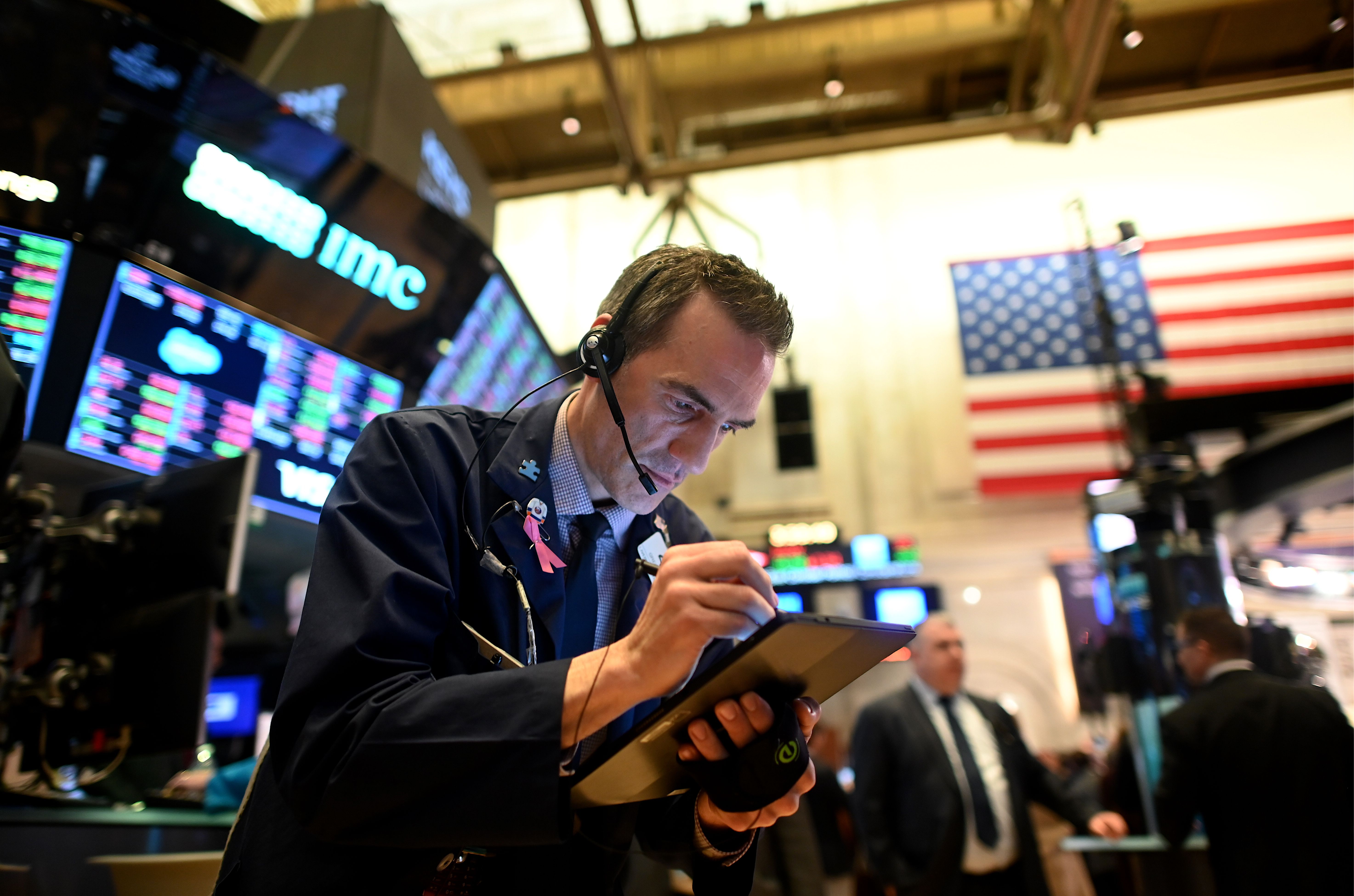 Several measures of fear in the market clenched tighter.