U.S. stock futures rose modestly Tuesday, one day after the Dow recovered a big chunk of last week's 3.5% plunge on the Federal Reserve's interest rate hike timetable shift. The 30-stock average jumped 586 points, or nearly 1.8%, to start the week. The S&P 500 gained 1.4%, sitting within 1% of its record high. The Nasdaq was Monday's relative underperformer with a 0.8% advance.

GameStop shares jumped 9% in the premarket after the video game retailer and original meme stock said it completed a previously announced sale of 5 million common shares, raising more than $1.1 billion. GameStop said it will use the proceeds for general corporate purposes as well as for investing in growth initiatives and maintaining a strong balance sheet. 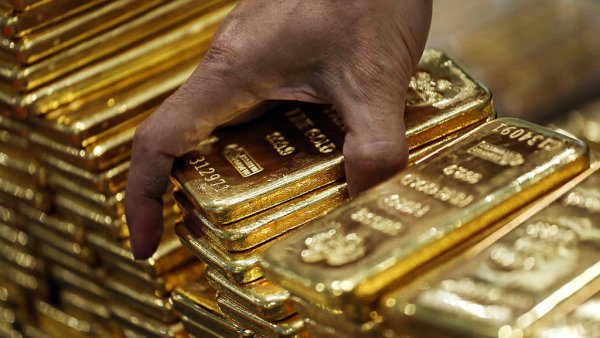 The 10-year Treasury yield has bounced around since last week's Fed-driven spike and Monday's brief dip to February lows. The 10-year yield ticked lower Tuesday to around 1.47%. Fed Chairman Jerome Powell goes before a House panel in the afternoon, and investors will be looking for more clues on policymakers' inflation outlook boost and indications of two rate increases in 2023.

In prepared testimony, Powell said the economy is growing but faces continued threats from the Covid pandemic. He also noted that inflation has risen notably but repeated price pressures will be transitory. The Fed has kept short-term lending rates anchored near zero, while buying at least $120 billion of bonds each month.

Bitcoin fell more than 8% Tuesday, trading below $30,000. China's renewed crackdown on the cryptocurrency industry has wiped nearly $300 billion in value off the total digital currency market since Friday. While Beijing expanded its closures of bitcoin mining operations, China's central bank urged financial institutions not to provide services related to crypto activities. Bitcoin has plunged more than 50% from its all-time high in April near $65,000.

The European Commission on Tuesday opened a new antitrust investigation into Alphabet's Google, looking into whether the tech giant favors its own online display ad technology services. As part of the probe, the EU's executive arm will be assessing the restrictions Google places on the ability of advertisers, publishers and other third parties to access data about user identity and user behavior. Earlier this month, the French competition authority fined Google $262 million for abusing its market power in online ads.

Democratic voters in New York City go to the polls Tuesday to pick their party's mayoral nominee. Eight candidates — including former presidential candidate Andrew Yang and perceived front-runner Eric Adams — are hoping to replace Democratic Mayor Bill de Blasio, who can't run again because of term limits. Tuesday's Democratic primary, whose winner will be heavily favored in the November general election against the GOP's nominee, will be the city's first time using ranked-choice voting. Voters will list their preferences in order for up to five candidates. Official results may not be announced for weeks.

— NBC News contributed to this report. Follow all the market action like a pro on CNBC Pro. Get the latest on the pandemic with CNBC's coronavirus coverage.