President Joe Biden's American Families Plan would cost far more than the White House estimates, and it would increase government debt while decreasing GDP, according to a study released Wednesday.

The school explained that the sizable difference in headline cost projections is thanks to a disagreement over how much the plan's tax credits, as well as the universal pre-K and free community college provisions, would require. 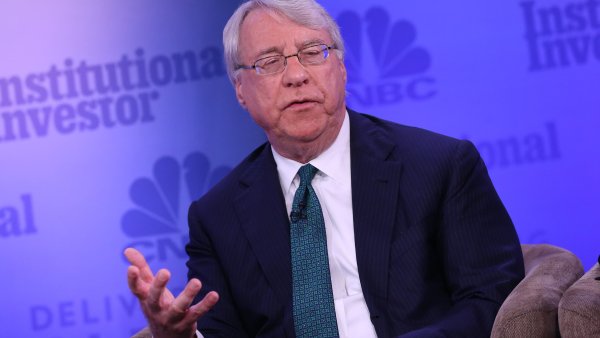 Meanwhile, the study said that Biden's proposed revenue-raising methods would fail to drum up the funds to cover the cost of the expansive stimulus. Wharton said that the totality of current revenue-generating proposals to help pay for the bill would fall short at $1.3 trillion.

The study broke down how much each of Biden's revenue-raising proposals would add to baseline revenue over a 10-year period:

The Wharton study found that the American Families Plan would increase government debt by almost 5% by 2050 and decrease GDP by 0.4%, as the effects from larger debt on the economy outweigh the productivity gains associated with the new spending programs.

The White House declined to comment, but referred CNBC to a study published Monday by Moody's Analytics and economist Mark Zandi.

Zandi, who advised progressive Sen. Elizabeth Warren, D-Mass., during her presidential campaign, wrote for Moody's that while the families plan near-term impacts are small, it provides "meaningful longer-term economic benefits" as more Americans return to work and attain higher levels of education.

There are a number of differences between the Wharton study and Zandi's, including how far each looks into the future to estimate how the Biden plan would affect the U.S. economy. Zandi focuses his report to the next 10 years, whereas the Wharton report attempts to gauge how continued spending would influence economic growth in the long term.

While Zandi touts the benefits of an economy unfettered by the bonds of child care and the potential to bring more women back into labor force, Wharton contends that spending on education, child care and paid leave increases government debt by 11.6% in 2050 and becomes a net drag on GDP.

While Wharton found that better tax compliance measures would generate an additional $480 billion over 10 years, Zandi puts that number around $700 billion.

The findings could complicate the president's bid to enact a sweeping piece of legislation that, if passed, would channel hundreds of billions of dollars to child care, education and health care.

Among its many provisions, the Biden proposal seeks to fund universal preschool, a federal paid leave program, efforts to make child care more affordable and free community college for all. The White House said the $1.8 trillion would be split between $1 trillion in spending and $800 billion in tax credits.

As another multitrillion-dollar piece of legislation, the administration says it plans to pay for the American Families Plan with new taxes on high-income households and by increasing IRS enforcement.

The president would like to raise the top rate on income taxes to 39.6% from 37%. Further, Biden is proposing a hike in the long-term capital gains rate to 39.6%. Currently, the top rate on those gains is 20%. The increase would apply to households making more than $1 million.

Even before the Wharton study, the package faced many more hurdles than Biden's American Jobs Plan, a $2.2 trillion physical infrastructure proposal.

While Republicans have a litany of problems with Biden's infrastructure plan, they have expressed far less interest in additional spending for education, child care and paid leave than they have for building roads and bridges.

The GOP has also protested against several of the tax proposals included in Biden's families and jobs plans, including an increase to the corporate, income and capital gains tax rates.