In the wake of fresh political chaos, the former European Central Bank president was called upon to become Italy's new leader and rescue its turbulent economy. His arrival has been described as "better than expected" after gathering widespread political support and stemming the threat of populist forces.

Draghi, who was sworn in on Saturday, presented his Cabinet over the weekend — a group made up mostly of politicians from different parties and some technocrats in key ministries too.

"This is best possible outcome, and better than I had expected, because it provides a degree of stability and political accountability," Erik Nielsen, group chief economist at UniCredit, said in a research note Sunday.

Draghi has managed to receive backing from most of the major political forces in Italy, following concerns that a pure technocratic team would have a short life span. The next general election in Italy is only due in early 2023.

By ensuring wide political backing and a diverse team, Draghi has already improved the outlook for Italy. Analysts have become more bullish on Italian government bonds, citing "expectations of a more efficient use of the NGEU (Next Generation EU) funds, structural reforms and a better outlook in terms of vaccination," according to a UniCredit note.

Robinhood Surges Another 13% a Day After Jumping Past IPO Price 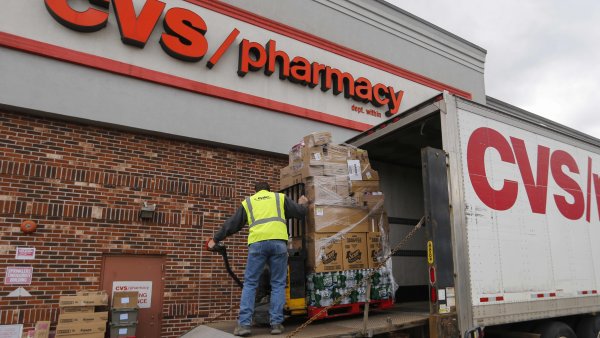 At the same time, Italy's main share index has soared more than 7% since the start of the month.

Barclays analysts believe economic growth will pick up in the second half of the year too. "The return of Mario Draghi, now Italy's Prime Minister, has changed the political landscape dramatically," analysts at Barclays also said in a note on Monday.

They explained that the winner from the month-long political crisis would appear to be the anti-immigration Lega party. The more centrist PD previously opposed joining forces with Lega and this new unity has created tensions within the party. Meanwhile, the other major party, the Five-Star Movement, saw internal divisions when approving Draghi's premiership last week.

This could shift the picture in Italian opinion polls. Lega is still the most popular political party with about 24% of public support. However, the Five-Star Movement and PD – which formed the previous government, could be facing a setback. PD, which enjoyed 20% of public support in January, lost one percentage point in a poll released on Feb. 11.

At the same time, Draghi's arrival has also dampened populism rhetoric, at least for now.

"Today what we can say is that populism is weaker in Italy both for the intervention of Draghi and the intervention of the pandemic and European integration," Lorenzo Castellani, a historian at LUISS Guido Carli private university, told CNBC last week.

Italy had two main populist forces in the wake of the 2018 general election — Lega and the Five-Star Movement. But they have both grown to have a less anti-EU stance now, Erik Jones, a professor at Johns Hopkins University, told CNBC Monday.