Here's What's at Stake as St. Louis Takes the NFL to Court Over the Rams' Relocation

Lawyers representing the NFL, the Los Angeles Rams and team owner Stan Kroenke filed an appeal to move their January 2022 trial out of St. Louis. The trial stems from a lawsuit regarding the Rams' relocation in 2016.

The appeal was filed on Oct. 1. It cites "prejudicial effects of extensive pretrial publicity" as a cause for the venue change. The filing was first reported by Conduct Detrimental, a website that covers sports law. 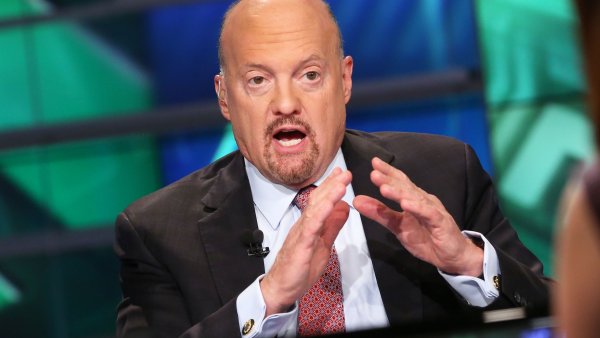 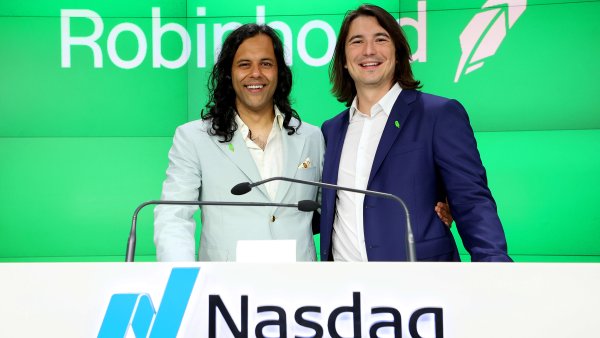 Robinhood Shares Rebound After Falling as Much as 14%

Beneath all of that legalese lies a pivotal fight for the NFL.

St. Louis officials are seeking financial damages they claim they suffered when the Rams moved to Los Angeles in 2016. The move left St. Louis with debt on the team's former stadium, which built with public funds. A judge in August already denied a Rams request for change of venue. And sensitive documents about NFL owners' finances could become public during the trial, which has already been postponed.

The St. Louis Regional Convention and Sports Complex Authority, City of St. Louis, and the County of St. Louis claim the NFL didn't honor its relocation policy and hold good faith negotiations to prevent the Rams' departure. The 2017 lawsuit is listed in the Circuit Court of St. Louis City under case No.1722-CC00976.

The suit claims Kroenke and Dallas Cowboys owner Jerry Jones allegedly conspired "to develop a plan to relocate the Rams to Los Angeles and convincing the other member-teams to approve the relocation." The suit also alleges Kroenke and Jones discussed SoFi Stadium site plans in Inglewood, California, as far back as 2013.

City officials blame the NFL and its owners for lost revenue. Documents about NFL owners' finances could become public.

Attorneys for St. Louis officials did not respond to a CNBC request for comment. An NFL spokesperson declined to comment.

To understand this lawsuit, flashback to 2010. Then, Kroenke, who also ran the NBA's Denver Nuggets and NHL's Colorado Avalanche under Kroenke Sports & Entertainment, was approved as the majority owner of the Rams. Kronke was involved with the Rams since the move to the city in 1995 and increased his stake to 40% in 1997.

Kroenke said one of the reasons for taking over was the treatment the Rams received in stadium negotiations. "I knew it was something I couldn't ignore because my 31 partners would not allow us to continue to play in a non-first-class facility," he told Sports Illustrated in 2016.

With complete control and language in the stadium lease that required the then Edward Jones Dome to remain one of the top stadiums in the NFL, the plans to lure a new sports complex commenced.

The lawsuit alleges the Rams officials lied to the public about the team's intent to stay following rumors about a possible return to Los Angeles. The Rams had already played there from 1946 until 1994, and the NFL desired to return a team to L.A. to leverage the top media market.

But in St. Louis, discussions for a new stadium failed and in January 2015, it was announced Kroenke had a stake in a real estate project in Inglewood. The team then notified St. Louis officials it would switch its lease option to play at Edward Jones Dome to a yearly contract. And in January 2016, NFL owners voted to relocate the Rams to Los Angeles, costing St. Louis its second NFL franchise. The city also housed the Arizona Cardinals until 1987. And the Rams' approval required the franchise to share a venue with the San Diego Chargers.

"This decision was not about me or St. Louis," Kroenke said in 2016. "It was about what was in the best long-term interest of the NFL and our 31 partners."

The 2017 lawsuit alleged the NFL violated its relocation policy, and claims team officials misled the public about the Rams' plans. It said the Rams failed to hold public hearings about the intent to move and claims the team failed to have good faith negotiations. St. Louis said it wanted to secure the Rams a new stadium, but the suit added Kroenke never met with former St. Louis mayor Francis Slay or then Missouri Gov. Jay Nixon to discuss the matter.

Since the legal challenge, though, the NFL and Rams have constantly been sacked as they attempt to escape St. Louis entirely. The first blow came when the Rams settled a class-action lawsuit for $24 million in 2018. Fans sued the team after paying for personal seat licenses, a one-time fee that charges consumers for rights to purchase season tickets. NFL teams use the fees to help cover construction costs in stadium financing deals.

Lawyers also attempted to have the case heard by arbitrators, to no avail. In 2019, the U.S. Supreme Court declined to get involved. And the Missouri Supreme Court ruled in favor of St. Louis Circuit Judge Christopher McGraugh, who declined request the case be changed to a different jurisdiction. In addition, last month the court also upheld a mandate that Kroenke and other NFL owners, including Jones, provide financial documents to assess potential damages. Should those records become public, it could shed light on NFL team owners' finances.

The parties had a Sept. 28 deadline to provide the statements or face a $1,000 per day penalty, according to Bloomberg. However, it's not clear if the documents have been submitted or if fines have been issued.

"I feel bad for the city of St. Louis," said sports attorney Irwin Kishner. "It's a very emotionally charged issue – losing your team to another city."

Kishner, the co-chair of the sports law firm Herrick, Feinstein, is following the case. He said when courts request financial documents during the pretrial period, it comes after officials "established liability."

When discussing the case on Tuesday, Kishner said that language in the Rams' St. Louis lease could be "hard to assert that there is some binding obligation to remain in the city," Kishner said. "And there was no contractual obligation that would subject the team to damages if they were to move when the lease expired."

The move to Los Angeles hasn't exactly gone smoothly for the Rams.

The pandemic delayed SoFi Stadium's opening to fans in 2020. And a November 2019 ESPN article revealed additional details on the relocation, citing feuds with the Charges and failure to reach seat licensing revenue goals. The lawsuit notes Kroenke paid a $550 million relocation fee but alleges the Rams valuation "doubled to $3 billion," citing Forbes.

"This increase in value was at the expense of Plaintiffs," the lawsuit says.

As the case proceeds, the Dome of America's Center sits primarily empty in downtown St. Louis without yearly NFL football. And city officials want the NFL to pay for the economic decline.

The lawsuit alleges St. Louis lost between $1.85 million to $3.5 million per year in amusement and ticket tax collections. It added that roughly $7.5 million was lost in property tax and $1.4 million in sales tax, totaling over $100 million in revenue for the city.

The suit also claims the County of St. Louis also lost hotel, property, and sales tax revenue after the Rams relocated. The impact on the state totals more than $15 million. The lawsuit used figures from the Missouri Department of Economic Development.

"The city lost a valuable member, and it's pissed," Kishner said. "And it's a city that's looking for its piece of the pie." And the he further the issue lingers, the NFL is risking public sentiment, Kishner added.

"They have to manage that and be very aware of it," said Kishner, adding the outcome of the matter is likely to end in a settlement. "Most trials settle before you get to the actual decision because there is a lot of time, effort, money, publicity associated with this."

But how much would a settlement cost?

St. Louis officials seek not only damages but a piece of the increased valuation associated with the Rams' relocation revenue losses, according to suit. That total eclipses $1 billion.