WASHINGTON – One month ago, Atifullah Ahmadzai boarded a flight from Connecticut to Kabul, eager to hold his wife and five young children again.

The purpose of this trip was nearly a decade in the making as Ahmadzai, a former interpreter for the U.S. military, was carrying the final documents needed for his family to complete a coveted special immigrant visa.

While in Kabul, Ahmadzai planned on saying goodbye to friends and extended family members before bringing his wife and children to America, where he had spent the last two years preparing for their new life. 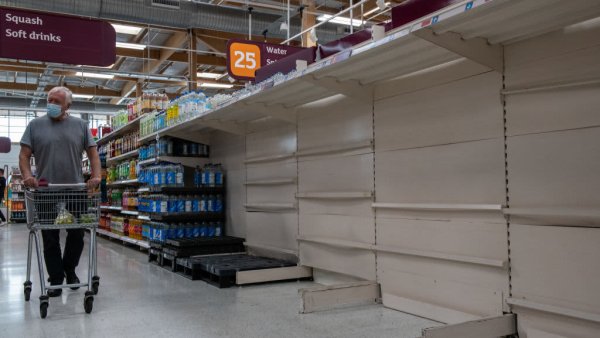 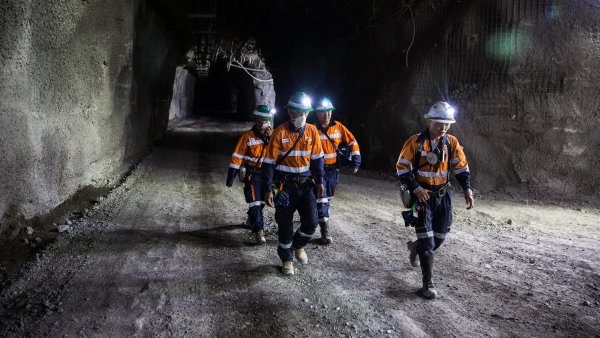 Mongolia Has Concerns About Rio Tinto's Management of a Major Copper Mine, Official Says

Ten days into his plans, after the rest of Afghanistan had already fallen during the U.S. military's withdrawal, the Taliban seized the presidential palace in Kabul.

The swift collapse of the Afghan national government forced Ahmadzai and thousands of others to flood the gates of Hamid Karzai International Airport, where Western forces were conducting evacuation flights out of the country.

The story of Ahmadzai and his family is emblematic of the desperation and fear felt by thousands of Afghans as U.S. and coalition forces withdrew the last of their troops from Afghanistan after a nearly 20-year occupation.

Over the course of 17 days leading up to Aug. 31, the U.S. and coalition partners airlifted more than 116,000 people out of Afghanistan on cargo aircraft. The Pentagon said it dedicated more than 5,000 U.S. service members and 200 aircraft to the colossal evacuation mission.

Meanwhile, governments around the world opened their borders to at-risk Afghan nationals arriving on evacuation flights.

"I wasn't expecting that everything was going to change immediately," Ahmadzai told CNBC.

"The Taliban made a checkpoint 800 feet away from my house, where they would question you about your job," he said, adding that he was too afraid to disclose his previous role in the Afghan military.

At one checkpoint, Ahmadzai said his cell phone was searched by Taliban insurgents looking for anything that would confirm his ties to the previous government or to the United States.

"They were also knocking on people's doors and asking about their jobs," he said. "The homes of those who worked for the government or with the U.S. military were marked during the day and at night the Taliban came back to those houses to kill." Fear of targeted killings by the Taliban fueled many Afghans' desire to get out of the country.

Desperate for a way out, Ahmadzai sent a text message to a U.S. Army officer he translated for during America's longest war.

"He addresses me as his brother," said the officer, Mike Kuszpa, now a middle school science teacher in Connecticut, when asked about Ahmadzai's initial message.

"He wrote to me and said, 'Brother, my family and I are out here and the Taliban has been looking for interpreters. Who knows what's gonna happen, they may kill me and my family,'" Kuszpa told CNBC.

Kuszpa and Ahmadzai first met in July of 2004 while conducting security operations in Afghanistan's Nangarhar and Kunar province. At the time, the two were young military officers in their early twenties.

"We called him the 'super 'terp' because he was over 6 feet tall and towered over all the other interpreters," Kuszpa joked.

"But in all honesty, I trusted him with my life when we were in Afghanistan," Kuszpa explained, adding "I relied on his translations for every briefing and every mission."

"I was grasping at straws. I didn't know anybody, so I posted to a neighborhood message board on Facebook asking if anybody had Department of State connections that could help my interpreter and his family get on an evacuation flight," he said.

The post to the 109-member "Westville Dads" Facebook group triggered a flurry of phone calls, Facebook messages, encrypted text messages and emails to a network that spanned from academia to intelligence analysts to lawmakers to diplomats.

"I didn't see Mike's original post on Facebook but I heard about it," explained Matt Schmidt, national security and political science professor at the University of New Haven.

"I got in touch with a former student of mine who is a foreign service officer that was able to get Atif's documents in the system so that he wouldn't be turned away at the airport," Schmidt said using a shortened version of Ahmadzai's first name, Atifullah.

"I counseled Atif to wait for a phone call from State before attempting to go to the airport," Schmidt said, adding that he reached out to at least 16 people in a bid to help Ahmadzai.

"Mike was uneasy about waiting and told Atif to go to the airport right away. It was the right call."

A struggle to flee

Across the globe, Western forces intensified emergency humanitarian evacuations amid a backdrop of security threats and the Biden administration's self-imposed Aug. 31 withdrawal deadline.

"At one point I started getting news alerts about gunfire at the airport while I was messaging with Atif. It was surreal," said Schmidt, who breathlessly waited for updates from Ahmadzai.

In Kabul, Ahmadzai and his family were struggling to get out.

"It was difficult to get to the airport. I tried for three straight days but was not able to reach the gates," Ahmadzai told CNBC, explaining that he had to sidestep Taliban checkpoints each time he and his family returned home after a full day of waiting at the airport.

"On the fourth day, I received a text message advising me to go through another gate. When I arrived, there were more than 1,000 people already gathered," Ahmadzai said. He said there was occasional gunfire in the crowd.

"My family was very scared and shocked," Ahmadzai said. "My wife asked me if we could go back because she was afraid for our children, but I told her we have to try and leave because it was better than dying at the hands of the Taliban."

After more than three hours of waiting at the gate, Ahmadzai was able to get close enough to the U.S. Marines guarding the entry point to show them his green card and visa.

"I then showed them the paperwork for my children and wife," he said. The Marines were able to verify his information, he said, because two days prior it was entered into the State Department's system thanks to the network of mobilized dads on Facebook.

Ahmadzai's next message to his friends coordinating his evacuation came from the interior gates of the airport.

"When he sent that pic of him and his kids safe in the airport with the soldiers flanking him, I broke down in tears," Schmidt said.

"As a dad, I couldn't imagine the fate that awaited them if they didn't get out," Schmidt continued. "We were just dads reaching across the globe to help a fellow dad. That bound us all together, more than culture or religion. We knew what it meant to need to protect your family."

Ahmadzai, his wife and their children, who range from age 2 to 12, boarded a C-17 cargo military aircraft and flew to Qatar, which is about 1,200 miles from Kabul. They spent two nights and three days in the Persian Gulf country.

"Qatar camp was good, but as soon as we got there my second son was feeling very sick and he vomited more than 15 times as he was not familiar with this kind of situation. A medic came and gave him an IV quickly and after that, he was able to start eating and drinking again," Ahmadzai said.

After Qatar, the family was flown to Ramstein Air Base in Germany, where they spent the night. The next day they boarded a flight to the United States and arrived at Dulles International Airport in Virginia.

Ahmadzai said he and his family were tested for Covid-19 and completed biometric health screenings before leaving the airport in Dulles. He was vaccinated against Covid earlier this year. The Pentagon has previously said that all Afghan nationals relocating to the United States who want the coronavirus vaccine will be able to receive one.

"I never expected to come back to the States alive," said Ahmadzai, who spoke to CNBC over the course of a week from Qatar, Germany and the United States. He said he was "thankful that the United States helped us in a very critical situation."

"There was no option, no flights and no way for me and my family to escape the Taliban," he said.

When asked about his children, Ahmadzai said they were "doing great and happy."

"The kids are quite different now. They think they are in a different world and are trying to learn a new language and way of life."

Ahmadzai and his family recently left a U.S. military installation in Virginia, where they finished their special immigrant visa paperwork. He is returning to Connecticut with his family.

Kuszpa, the Army officer, said there are plans for an outdoor barbecue to welcome Ahmadzai's family to the community.

"Now he's here and a part of our family," said Schmidt, the professor. "His kids will play with ours."