Hometown International, which has a bizarre $100 million stock market capitalization despite owning just one small deli in New Jersey, disavowed that valuation in a new financial filing Friday that said there was no basis to justify it. 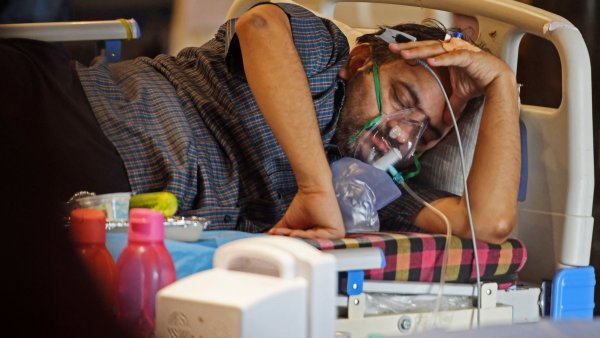 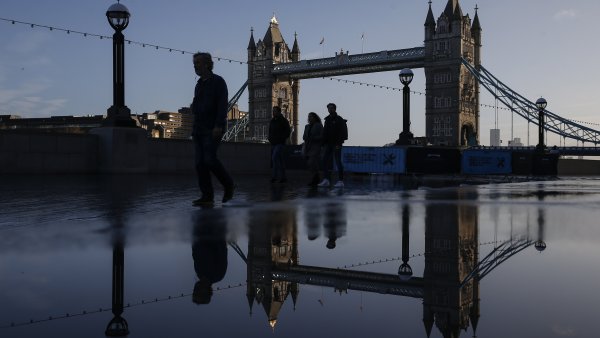 UK Economy Contracted by 1.5% in the First Quarter as Lockdowns Weighed

It also came more than a week after the company's thinly traded stock was demoted from the more prestigious OTCQB over-the-counter market trading platform and slapped with a "buyer beware" warning label because of irregularities in financial filings.

"The management of Hometown International, Inc. ... disavows the price of its publicly quoted stock on the OTC Markets under the trading symbol 'HWIN,'" the company said in an 8-K filing with the Securities and Exchange Commission late Friday afternoon.

"Management is aware of no basis to support the Company's stock price, based upon its revenue or assets," said that filing.

The document was signed by Hometown International Chairman Peter Coker Jr., who is based on Hong Kong.

Other recent SEC filings by Hometown International have been signed by its CEO and president, Paul Morina.

The 62-year-old Morina is the principal at Paulsboro, New Jersey, High School, where he also coaches that school's renowned wrestling team. Hometown's only other executive officer, Christine Lindenmuth, is an administrator at Paulsboro HS.

HWIN closed trading Friday on the Pink market at $12.55 per share, down 3.46%. Just 852 of its nearly 8 million common stock shares outstanding having changed hands.

But with 60 or fewer actual shareholders, minimal trading volume and so little actual revenue there is likely no chance that anyone could sell significant blocks of shares at anywhere close to $12 per share to anyone not already connected to the company.

The new SEC filing noted that Hometown International has repeatedly said in past filings that its deli in Paulsboro, located across the Delaware River from Philadelphia, "does not generate significant revenues."

In fact, the Hometown Deli had reported sales of less than $37,000 in the past two full years combined.

"The Company's shares have been quoted on the OTC Markets since 2019, and there has not been, nor is there, significant trading volume in the Company's stock," the filing said.

"Management consistently files and is current in its public filings with the SEC and intends to maintain its business plan as disclosed in those filing."

That business plan reveals an effort to use Hometown International as a vehicle to merge or be acquired by another entity, possibly a private company, that would be able to effectively become publicly traded on U.S. stock markets.

"In April 2020, the Company raised $2,500,000 from several institutional investors and issued warrants to all of the Company's shareholders," the filing noted.

"Management disclosed that the proceeds from this private placement would be used to seek out other business opportunities, and if approved by the Company's Board of Directors, to engage in a business combination with a private entity whose business presents an opportunity to create value for the Company's shareholders."

Earlier on Friday, The Financial Times and CNBC detailed how the investment arms Vanderbilt and Duke universities are among the major shareholders in Hometown International. The universities' investments are overseen by Maso Capital, a Hong Kong firm.

Another set of entities in Macao, China, are, along with Morina, the other largest shareholders in Hometown International.

E-Waste, a shell company with multiple connections to Hometown International, did not issue its own SEC filing Friday disavowing its sky high market capitalization level, despite the fact it has no actual business.

E-Waste closed trading at $8.50 per share, with no shares sold during the day. With 12.5 million common shares outstanding, E-Waste has a market capitalization of more than $106 million.

It is known that E-Waste, which recently said it will sell $2.5 million worth of shares, is — like Hometown International — being marketed as a vehicle for a reverse merger or special purpose acquisition company that would take advantage of its existing listing on the U.S. market.

E-Waste currently trades, like the deli owner, on the Pink over-the-counter platform.

On Monday, both companies announced in SEC filings that they were terminating consulting agreements that had them making monthly payments to Tryon Capital, a North Carolina-based firm whose partners including Peter Coker Sr., the father of Hometown's chairman.

Tryon Capital was being paid $15,000 a month by Hometown International, whose major investors include the elder Coker, while E-Waste was paying the firm $2,500 per month.

Coker Sr. has personally loaned more than $200,000 to E-Waste, whose current chairman recently has worked as a patient transporter at a New Jersey hospital, and whose company mailing address is that of yet another company linked to the elder Coker.

Both Hometown International and E-Waste had noted the "recent negative press" about Tryon Capital, and "the principals of Tryon."

CNBC recently revealed that Coker Sr. has been sued in the past for allegedly hiding money from creditors and business-related fraud. He has denied those allegations.

In August 1992, Coker Sr. was arrested in Allentown, Pennsylvania, on multiple criminal charges after he allegedly exposed himself to three girls while driving around in the middle of the night near a school, according to The Morning Call newspaper at the time.

In 2011, Coker Sr.'s partner in Tryon Capital, Peter Reichard, was convicted in a scheme to illegally contribute thousands of dollars to the successful 2008 campaign for North Carolina governor of Bev Perdue, a Democrat.

The scheme involved the use of a bogus consulting contract between Tryon Capital Ventures and a fast-food franchisee who wanted to support Perdue. Coker Sr. was not charged in that case.

James Patten, a financial analyst at Tryon Capital, was a high school wrestling teammate of Morina, the Hometown International CEO.

Records show that Patten was barred by FINRA, the broker-dealer regulator, from acting as a stockbroker or associating with broker-dealers after being the target of multiple disciplinary actions.

Other records show that Patten has signed lease agreements on behalf of Mantua Creek Group, the owner of property in Paulsboro, whose partners include Morina.

Hometown International pays Mantua Creek $500 per month for use of the deli location.

Rutgers University, a New Jersey public university, is paying Mantua Creek $1,100 per month to lease office space next to the deli. That office is being used for a study of Paulsboro's water supply, which is being conducted with Rutgers' School of Public Health and two federal entities: the Centers for Disease Control and Prevention and the Agency for Toxic Substances and Disease Registry.