LeBron James made his feelings known. National Basketball Association team owner Mark Cuban did, too. Some like it, and others don't.

But the NBA play-in games went from pandemic necessity to possible permanent feature.

The play-in games pair seeds 7-to-10 in each conference, with winners securing the final four playoff spots. The NBA installed the games last summer because the season was interrupted due to Covid-19.

"It added some excitement for our TV partners and for our fans to watch games that are important and meaningful," Phoenix Suns owner Robert Sarver told CNBC when asked about the games. "And from an additional entertainment aspect, it's an additional asset for our media partners."

The latest on the viewership front is the NBA reached over 5 million viewers for the premium play-in: James' Los Angeles Lakers against the Steph Curry-led Golden State Warriors. It's not pro football viewership stats, but nothing in U.S. sports will ever match the NFL. And few media pundits will frown at 5 million viewers on a Wednesday night.

Now NBA commissioner Adam Silver will now navigate the politics of continuing playoff play-in games. He'll have to deal with the basketball traditionalists, the egos in the ownership group and the players who will make their feedback known. But Silver's job to convince his NBA constituencies shouldn't be difficult, and here's why. 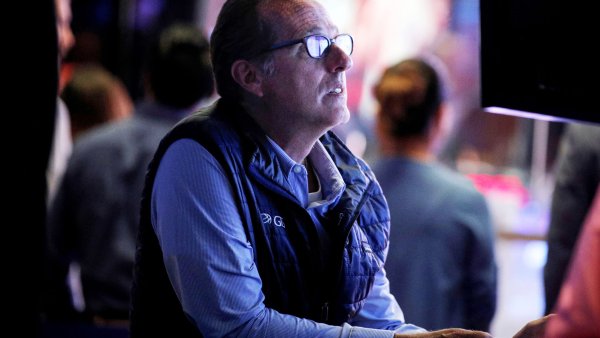 As the Economy Hits Its Peak, Stock Market Gains Could Be Harder to Come by 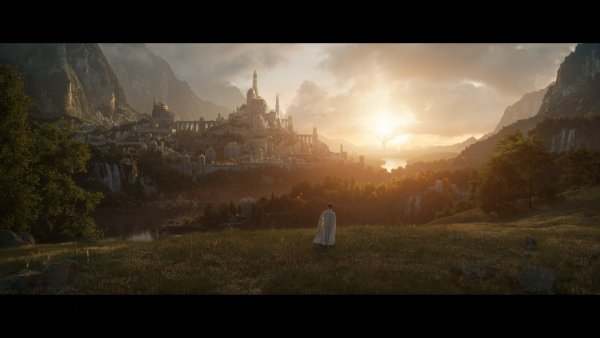 Amazon's ‘Lord of the Rings' Series Has Wrapped Filming, Will Debut September 2022

Viewership is strong, and that's what matters

Last year, only one play-in game occurred – the Memphis Grizzlies against the Portland Trail Blazers – as disparity guidelines were in place. The Blazers-Grizzlies averaged over 1 million viewers and peaked at 2.6 million on a Saturday afternoon in August. For two small-market teams, that's a success for ESPN.

"The early returns are good," said NBA executive Evan Wasch, one of the people James suggested should be fired for his part installing the play-in. Wasch is the executive vice president of basketball strategy and analytics. Part of his job is to help format the games, which were on the NBA's radar before he arrived at the league.

With the potential of six new games added, that should only help the NBA when it comes back to the negotiating table with its national media partners. Early speculation is the NBA would seek just around $70 billion for new rights. The current agreement runs through 2024.

But if fans are watching, which so far they are, things could get interesting for Disney and the new Discovery-WarnerMedia.

Like James, Cuban was adamant about his dislike for the games. The thing is, he commented when his Dallas Mavericks were on the verge of competing in the play-in. The Mavs escaped, though, and Cuban went back to discussing NFTs. But even he can't deny the play-in games are suitable for his pocketbook.

The play-in games are basically playoff contests. For the seventh seed, it provides at least two elimination games at home. So, for instance, if the Mavs had finished seventh, they'd play the exact amount of guaranteed games at American Airlines Center as they would in a traditional playoff format. And if they win the play-in and advance far in the playoffs, that's more gameday revenue, and that jersey patch increases in value, too. The play-in stats don't count, but the money coming in does.

"The seventh seed sort of ends up in a net positive place from a team business perspective," Wasch said. "That seed is getting an incremental benefit from being in this play-in by virtual of having more [playoff] home games."

How can Cuban argue against that? Asked if his stance has changed, in an email, Cuban stayed quiet. But when asked his perspective, Sarver said, "I would have no problem supporting it."

The competition will be good

Take away the dull games featuring the Pacers and Wizards and the play-in games were fun to watch. But it's the competition before the games that elevated the NBA's fan engagement.

Over the final two weeks of the regular season, the play-in races were one of the most discussed topics in sports. Would the Lakers fall? Could Curry get in? Plus there was James' dislike of the format.

"It certainly has not hurt the level of interest around the play-in to have some of our prominent players and owners speaking up about it, whether positive or negative," Wasch said.

He added the race for the sixth-seed was intensified, as teams wanted to avoid the play-in. It's here the NBA has created a race in the middle of the standings. When discussing the topic with CNBC, a prominent Western Conference team executive noted 24 teams were competing for positioning over the last few weeks of the season. Asked if he would support it permanently, the executive said yes. And Sarver noted it discourages teams from tanking to position for draft picks.

"What we learned is that our teams and players are responsive to the competitive dynamics that are presented in front of them," Wasch said. "When you give teams the opportunity to earn greater rewards for finishing higher in the standings, and those rewards are outsized relative to what they've been traditionally, then you see a response.

"We saw it in the bubble last year with the teams in the Western Conference fighting to get into the play-in," Wasch added. "And we're seeing it fourfold this year because it's just not eight and nine [seeds]. … If that were to continue, then this format is a success. So far, all the learnings have been positive."

The viewership for the Lakers-Warriors contest was solid, but that number could be tough to capture again. It did feature two of the top athletes in the world (Curry and James). The chances those two meet in that position again are slim.

Still, after Silver gets team owners in line, convincing the National Basketball Players Association is next. At that point, the NBA will reveal how much these play-in games mean to the league.

"I think they are going to have the play-in again," said former NBPA executive Charles Grantham. "The thing is: what is it going to cost for them to get the players to agree? It's no question that it will be a subject to negotiation for the next agreement."

Now the director of the sports management program at Seton Hall, Grantham said he expects the NBPA to request that the play-in games' revenue gets added to the NBA's gross revenue, which they split with the players in the form of basketball-related income, according to their existing agreement.

And eliminating preseason games could be an option, too, as players could have questions about wear and tear on their bodies. But these days, teams have rest strategies so the obstacles shouldn't prevent an agreement.

There's still things to figure out, fairness being one of them, but the NBA found its new asset. The play-in games are fun and prove they work.

"If we found that fans felt it devalued the regular season, that would be something take a look at to see if we can squeak it in any way to adjust to that," Wasch said. "But I'm optimistic we'll find that it was actually a welcomed addition."