Stocks Enter the Manic, Exuberant Bull Market Stage, But That Doesn't Mean It's Near Ending

Wall Street needed no warm-up to get rolling into 2021.

Investors are limber, money is loose and the market is already running hot, powered by two independent energy sources: the case for reflation and the chase for disruption. 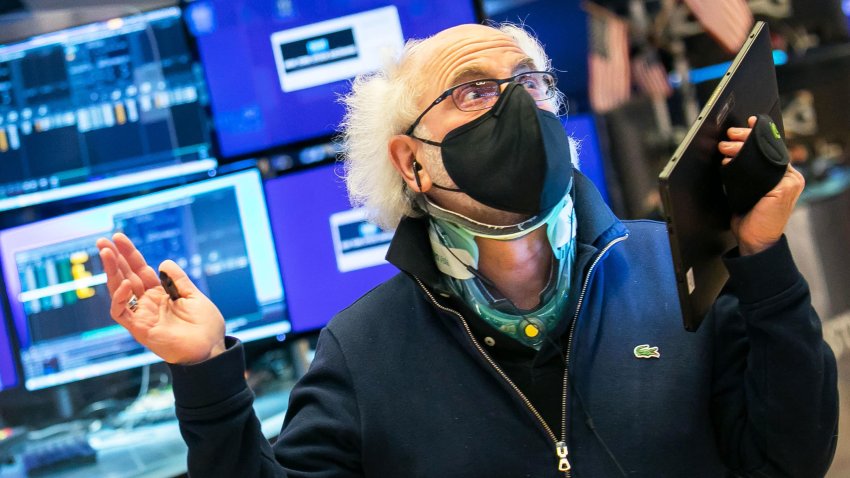 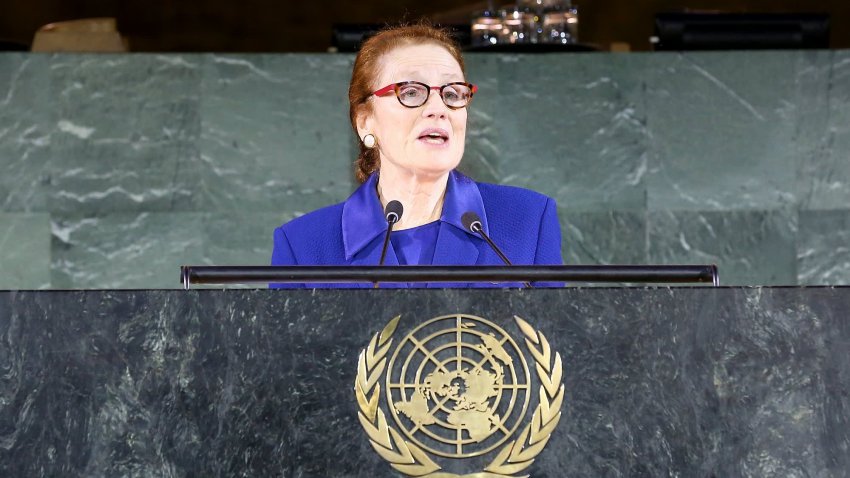 The tape looks near a point where the only plausible next move is a bit of a cool-off period or an overheating phase that threatens to scorch the careless down the road.

Neither would remotely mean a definitive market peak. This is a bull market, after all, one that's well-supported by generous monetary policy, more fiscal help on the way and plenty of latent spending power by households and big companies when public health allows.

It's more about short-term risk/reward tradeoffs, whether the tape can regroup to keep in gear (as it did a couple times since the summer) and whether speculative pressure builds toward more hazardous extremes.

The broad market's run has grown a bit stretched against its longer-term trend. The S&P 500 has pushed above its upper Bollinger Band, a trend indicator based on price and volatility.

As the chart shows, strong rallies can stay overbought and ride the upper rail for a while. But moving beyond this boundary (as it did at the end of August) typically means traders should be alert for some downside mean-reversion.

The winds of reflation are also now blowing hard and have carried cyclical stocks and Treasury yields higher at a steep angle. The post-crunch recovery dynamics, trillions in stimulus in the system with trillions more promised by the incoming president, a buildup of consumer savings and revived corporate-profit forecasts have forced a fast repricing of inflation expectations (up toward 2% over the next five years) as well as global commodity prices.

All these things are ramping from depressed levels, yet might some need a breather soon? The Russell 2000 small-cap index is up 35% in ten weeks, the regional-bank sector up 42% over the same span.

The performance of "high-beta" stocks (more volatile and cyclical ones) versus more defensive "low-volatility" ones is at a decade high.

The 10-year Treasury yield jumped above 1% last week to finish at 1.1%, a catch-up move to other market-based reflation indicators, as bond traders hustled to account for more debt-funded fiscal help under full Democratic control of DC.

Yields, even after this jump, remain in a sort of sweet spot, endorsing the case for better growth and brisker inflation but not yet high enough to pinch corporate and mortgage borrowers or badly undercut stout valuations on equities.

With "valuations that are fast homing in on old Y2K extremes," as Leuthold Group's Doug Ramsey puts it, it's unclear at what yield level stocks would lose the fig-leaf rationalization that they are reasonably valued given rock-bottom rates, but it's likely a good bit higher than yields are now.

We noted here a week ago that the present market backdrop blends the post-recession rebound dynamics of, say, 2010, with the test-pilot risk appetites of 1999.

The avid embrace of risk in pursuit of quick reward is hard to deny. The surge of inflows into stock funds the past two months, as a percentage of total fund assets, was the second-highest in a decade, says Deutsche Bank. Bitcoin has doubled in the month since it first made a new post-2017 high.

The AAII survey of retail investors showed twice as many bulls as bears last week, an extreme skew for this poll. The volume of single-stock call options – leveraged bets on short-term upside – has sped back toward record high levels of last summer.

Insurance-app upstart Lemonade is up 77% in three weeks on general excitement for financial technology plays. Lender SoFi announced last week it would merge into a special purpose acquisition company (SPAC), and the SPAC shares jumped 50%.

And the slate of fintech-type companies waiting to come public soon includes smartphone brokerage Robinhood and crypto-exchange Coinbase, dual gatekeepers of the youthful investing zeitgeist. For good measure, a new fintech SPAC filed on Friday to go public under the ticker symbol LMAO.

These are all vehicles used in the chase for disruption. Along with old banks and dirty oil drillers and messy mining companies lifted by the reflation trade, many dozens of these trendy stocks – long-shot bets on world-saving themes – are adding heat to this market.

The enthusiasm isn't necessarily baseless. Amazon shares have looked expensive every step of the way to a $1.6 trillion market value, certainly compared to the older retailers that have now largely shrunk to insignificance. So who's to say confidently that PayPal and Square together now valued at about the same as JP Morgan near $400 billion is wrong?

And then there's Tesla. A singular example of mass enthusiasm piling on hundreds of billions of market value at an unprecedented pace. Its valuation – I know, who cares, but still – is now around 90-times 2021 cash flow. Amazon the past 15 years hasn't traded higher than 30-times. Last week, two analysts capitulated and withdrew their cautious ratings on Tesla shares, sheepishly apologizing not for misunderstanding the business, but for having misread the market's emotional state.

With a fully diluted market cap approaching $1 trillion, Tesla's valuation has outpaced anything observable in the business by such a distance that it's become almost a pure abstraction – an idea, like Bitcoin, of something that the excitement of its believers has forced into a size and position where it simply must create the future.

And in the process the privileged access to cheap capital that the share-price surge (up 25% last week and 800% the past year) has bestowed upon the company gives it a better shot – though far from a certain one - at manifesting the dreams of its founder and his followers.

Bank of America strategist Michael Hartnett spies a market of "frothy prices, greedy positioning, inflationary and desperate policy makers." He's been suggesting peak "all-in" positioning should arrive in February-March and advises investors "sell the vaccine" as it goes wide. "We'll know if it's a bubble by the end [of the first quarter]," he adds.

Again, all this does not amount to a call that this market is acutely vulnerable or broadly irrational. It's hard to find great fault with the FAANG stocks valued around 30-times free cash flow (much cheaper than Microsoft was in 2000), for instance.

It's more a comment the market's character and a suggestion that we're perhaps in the manic, exuberant, less-disciplined part of a bull market. In other words, the fun part, where some of the fun comes from the hint of danger.