LONDON — Swedish scientists are attempting to find out if cash incentives could motivate people to get vaccinated against Covid-19.

Researchers at Lund University in Sweden have begun a study that will test various ways of encouraging vaccine uptake, with 8,200 unvaccinated people under the age of 60 taking part.

Covid-19 vaccine rollouts are at different stages across Swedish regions, but many are now offering the vaccine to all adults over the age of 18. According to Sweden's Public Health Agency, vaccinations for 16 and 17-year-olds are likely to be rolled out from August. From Inventing Ocean-Cleaning Ships to Calling on Businesses to Change, U.S. Teens Are Tackling Climate Change 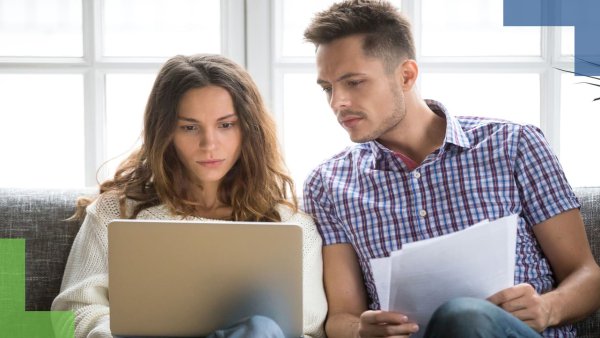 The country controversially eschewed lockdown measures at the beginning of the pandemic, but later imposed some rules like mask-wearing as its population was hit by a winter spike in coronavirus cases.

In the Lund University trial, participants were randomly allocated one of four motivation techniques. The first group was given information about the vaccines available to them — in Sweden, those are the Pfizer-BioNTech, Janssen and Moderna vaccines for under-60s. The second cohort was asked to formulate an argument that they believed would convince someone else to take the vaccine, while the third was asked to make a list of loved ones they would want to protect with the vaccine. Finally, a fourth technique of paying people to get vaccinated was used on some of the study's participants.

A number of participants were also used as a control group and were not subjected to any specific motivation methods — however, they were "encouraged" to get vaccinated.

The research started at the beginning of this year, with scientists expecting provisional results in September. Participants' "intention to vaccinate" — whether they want to get vaccinated within the first month of the vaccine becoming available to them — and official data that shows whether they actually are vaccinated will be used to measure the success of the study's four motivational techniques.

Armando Meier, an economist who is co-author of the study, told CNBC via telephone on Monday that people's stated intentions did not necessarily match their actions. In a survey of the participants at the beginning of the study, 80% said they would get the vaccine within a month of it being offered to them. However, Meier said that the actual take up rate showed the number of people who had actually accepted the shot was much lower.

Currently, 39% of Sweden's population is fully vaccinated, while 22% of the population has had one dose of a vaccine, according to Our World in Data.

Meier added that it was difficult to predict which of the study's methods might be most effective in boosting vaccination rates.

"Many governments clearly believe that targeting people's prosociality by telling them, 'the vaccine doesn't only protect you, it also protects others,' is an effective strategy, because that's what a lot of the messaging is about," he told CNBC. "At the same time, we also see that a lot of countries emphasize information, so they think as long as they inform people that vaccines are safe and effective, that will do the trick — based on previous research in social sciences, it's not so clear whether that's actually all that compelling."

When it came to the financial reward, Meier conceded that the study gave a "rather a small incentive." Participants in the study who were given a monetary reward for being vaccinated received 200 Swedish krona ($23) for getting their vaccine, which was paid in the form of a gift card that could be used in most online stores.

"This is really supposed to [motivate] people that basically already want to get vaccinated, but they somehow don't find the time or just think it's too much of a hassle," Meier said. "It gives them a little bit of extra motivation to actually get vaccinated. And I think a lot of economists would think that these incentives work best."

French lawmakers have approved rules that will require people to show proof of vaccination or a recent negative Covid-19 test to enter facilities such as museums and cinemas from August. Meanwhile, French healthcare workers are required to get vaccinated by Sept. 15 or face suspension.

The day after President Emmanuel Macron announced that these measures would be coming into force, 1.3 million people in France made vaccination appointments.

German Chancellor Angela Merkel's top advisor, Helge Braun, told German media on Sunday that unvaccinated individuals could not expect the same liberties as those who were fully vaccinated. However, the issue has reportedly divided German lawmakers.

Just 49% of the German population has been fully vaccinated against Covid-19, according to Our World in Data. In France, that drops to 44%, the data shows.

In England, it will be mandatory for nursing home employees to be vaccinated from October.

Covid cases are rising again in all 50 states across U.S. as delta variant tightens its grip

About 100 U.S. athletes in Tokyo unvaccinated as Covid-hit Olympics begin

After being ravaged by the delta Covid variant, how is India doing now?