Tesla began deliveries of its new Model S Plaid, a high-performance version of the company's flagship electric sedan, on Thursday with a livestream event at the company's test track near its factory in Fremont, California.

The company's design leader, Franz von Holzhausen, served as master of ceremonies and carried a sledgehammer on stage to introduce CEO Elon Musk — a humorous allusion to a previous event where von Holzhausen smashed and shattered a Cybertruck's windows on stage.

Musk made his entrance on Thursday by driving a Model S Plaid around the Tesla test track and onto the stage before stepping out to cheers of select customers and fans invited to the event.

Previously, Musk had promised the long-anticipated Tesla Model S Plaid would deliver acceleration from 0 to 60 mph in under 2 seconds, and he crowed about "breaking the 2-second barrier," repeatedly on Thursday.

Musk said the new Model S would be, "Faster than Porsche but safer than Volvo." But he also caveated some of his own sweeping safety claims by noting that NHTSA has not yet rated the Model S Plaid for safety. 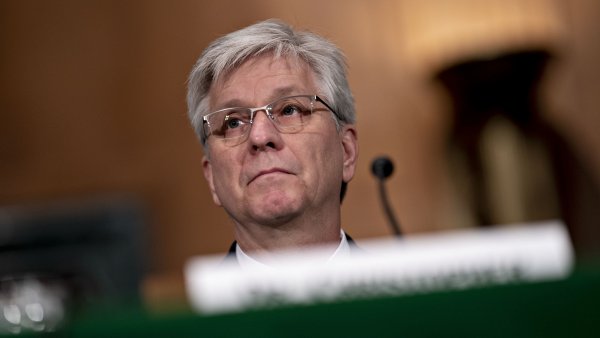 "We're in production and gonna deliver the first 25 cars now, and then basically should be at several hundred cars per week soon and a thousand cars per week next quarter," Musk said.

According to Tesla's website, the tri-motor, all-wheel drive Model S Plaid produces 1,020 horsepower, features a battery with an estimated EPA-rated range of up to 390 miles and can hit a top speed of 200 miles per hour, if equipped with the proper wheels and tires. Those won't be available until the fall, according to the fine print on the site.

On Thursday, Musk offered no significant details on the Model S Plaid battery pack, saying simply, "We have an all-new battery pack." (Tesla is struggling to manufacture a 4680 battery cell that it designed and intends to use in its own vehicles someday.)

Musk quickly moved on from a brief mention of the battery to show images of the Model S Plaid drive unit, and boasted about a "carbon-wrapped" rotor that is part of the vehicle's electric motor.

"You can pick this motor up with your hands and it can accelerate a two-ton car to 60 miles an hour in 2 seconds. That kind of power-to-weight is insane," he said.

He noted that the Model S Plaid can get 187 miles of range in just 15 minutes plugged into a Tesla Supercharger. Attendees would have a chance to drive around the track, he said.

Musk also touted myriad changes to the Model S Plaid interior, most of which were previously disclosed.

The four-door sedan includes a steering yoke rather than a traditional steering wheel, a 17-inch center touchscreen display and separate 8-inch display in the rear for passengers' entertainment, charging ports in the front and rear that can charge laptops and other mobile devices, and processing power that the company says puts its systems on par with modern gaming consoles like the PlayStation 5.

When Musk began to discuss the user interface updates to be featured in the Model S Plaid, attendees began to heckle him, shouting for "Waypoints," a feature they've long wanted the company to deliver. With waypoints, drivers could enter several destinations into one trip within Tesla's navigation system.

He also said that Model S Plaid with Autopilot engaged could guess what direction, location and route a driver would want to take. "It will just keep minimizing the amount of input that you need to do until the car just reads your mind," Musk said.

He did not specify which versions of Tesla's software would be required in a Model S Plaid software to enable that level of automation.

Tesla's standard Autopilot and premium Full Self Driving options do not make the company's cars self-driving. Instead, they are driver assistance systems that require active supervision at all times, according to the company's owners manuals, and company communication with government offices including the California DMV.

EV stocks are 'overpriced' — but there's a good way to play them, says strategist

Fans expected Model S Plaid deliveries to begin early this year after Musk said the company had already embarked on production in January on a Tesla earnings call. Then, Tesla reported that Model S (and Model X) production dropped to zero in its first-quarter vehicle deliveries and production update.

Before Thursday's heavily promoted delivery event, originally slated for June 3, Musk said on Twitter that Tesla also canceled the Model S Plaid plus variant which would have cost drivers around $150,000 and promised a tantalizing battery range of around 520 miles.

Musk said, in a pair of tweets hyping Model S Plaid before the deliveries kickoff: "Plaid+ is canceled. No need, as Plaid is just so good," adding "0 to 60mph in under 2 secs. Quickest production car ever made of any kind. Has to be felt to be believed."

The Plaid moniker for Tesla's high performance version of the Model S is a continuation of the company's tribute to "Spaceballs" — the 1980s Star Wars spoof co-written, produced and directed by Mel Brooks. In "Spaceballs," spacecraft accelerate from light- to ridiculous- then ludicrous-speed and finally into "plaid." Earlier versions of Tesla vehicles featured Ludicrous mode, which Tesla first announced in July of 2015.