U.S. stock futures were mixed Friday, with tech stocks under pressure and the 10-year Treasury yield trading at May highs above 1.69% before pulling back some. The S&P 500 on Thursday closed at a record and extended its run of winning sessions to seven. (CNBC)

The Nasdaq, which also advanced, was about 1% away from its Sept. 7 record close. The Dow closed lower for the first time in three sessions. However, the 30-stock average still remained just shy of its mid-August record close. All three benchmarks were tracking for solid weekly gains. (CNBC)

Dow stock Intel shed 10% in Friday's premarket, the morning after the company reported weaker-than-expected revenue in the third quarter. Intel warned its gross margin and free cash flow would decline to a lower level over the next 2 to 3 years as it invests in research and development and builds new chip factories. (CNBC) 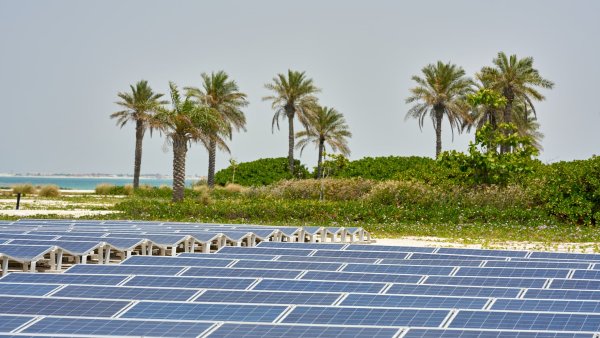 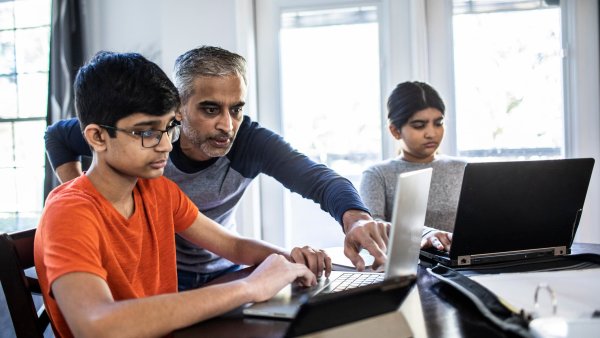 Pfizer (PFE) said Friday morning that kid-size doses of its Covid vaccine are safe and nearly 91% effective at preventing infections in elementary school children. The shots for kids 5 to 11 could begin early next month. The FDA is expected to post its initial review of the company's safety and effectiveness data later Friday. Next week, advisers to the agency will publicly debate the evidence. (AP)

The CDC late Thursday cleared booster shots of the Moderna (MRNA) and Johnson & Johnson (JNJ) Covid-19 vaccines. Moderna was approved for elderly people and at-risk adults six months after their second shots. That's in line with Pfizer's booster authorization last month. The CDC endorsed a J&J booster for everyone 18 and older who received the initial shot at least two months ago. The agency also gave people the freedom to mix and match any of these three vaccines approved for use in the U.S. (CNBC)

President Joe Biden said Thursday he was close to striking a deal to pass major infrastructure and social spending measures, with just a handful of issues still under debate, after weeks of intraparty bickering among fellow Democrats. Biden also said corporate tax rates are unlikely to be hiked in a spending bill. Instead, he said a separate minimum corporate tax proposal could fund the social programs. Negotiations now center around four or five issues, Biden said, declining to give further details.

* WeWork jumps again, one day after debuting in public markets via a SPAC deal (CNBC)

General Motors (GM) is rolling out two new high-end GMC Sierra 1500 pickups, including one called the Denali Ultimate that will start at more than $80,000, making it the most expensive full-size, half-ton pickup on the market. (CNBC)

China Evergrande has remitted the funds for a key interest payment that was due Sept. 23, ahead of a 30-day grace period that ends Saturday, Chinese state media Securities Times said Friday. That will allow the indebted Chinese property developer to stave off a widely-expected default. (CNBC)

Actor Alec Baldwin fired a prop gun on a movie set Thursday, killing the film's director of photography and injuring its director, police said. Halyna Hutchins, 42, was killed and Joel Souza, 48, was injured on the set of "Rust," a Western being filmed at the Bonanza Creek Ranch in Sante Fe. (CNBC)

Boston Beer, the Sam Adams brewer, reported an unexpected quarterly loss, due to a decline in sales of its Truly hard seltzer brand despite efforts to grow in that category. Boston Beer stock fell 3.3% in the premarket.

Whirlpool fell 3.4% in the premarket, following a warning of "elevated" supply constraints. Whirlpool reported adjusted quarterly earnings of $6.68 per share, beating the $6.12 consensus estimate, but sales fell short of forecasts.

Digital World Acquisition – The SPAC that is merging with Trump Media & Technology Group is soaring another 59.8% in the premarket after more than quadrupling in Thursday's trading. The company formed by former President Trump plans a beta rollout of its social network next month.

Mattel surged 7.5% in premarket trading after the toy maker said supply chain disruptions would not prevent it from having a strong holiday season. Mattel also beat estimates on the top and bottom lines, reporting an adjusted quarterly profit of 84 cents per share compared to a 74 cent consensus estimate.

Urban Outfitters added 2.7% in the premarket after Citi upgraded it to "buy" from "neutral," citing a more favorable risk-reward profile following a 25% slump in the stock since Urban Outfitters last reported quarterly earnings in August.

VF Corp., behind The North Face and other apparel brands, tumbled 8.1% in the premarket, after it missed both top and bottom line estimates for its latest quarter. VF said it is seeing accelerated demand but that its recovery has been impacted by further pandemic-related disruptions.