While the Fed's rate cut helped raise confidence for some investors, traders were still debating how effective it will be on what is ultimately a health crisis

Fear and uncertainty continue to control Wall Street, and stocks fell sharply Tuesday after an emergency interest-rate cut by the Federal Reserve failed to reassure markets wracked by worries that a fast-spreading virus will slam corporate profits and the economy.

The Dow Jones Industrial average sank 785 points, or 2.9%. It had surged 5% a day earlier on hopes for aid from the Fed and other central banks. In another sign of the market's caution, the yield on the 10-year Treasury sank below 1% for the first time in history.

While the cut gave some investors exactly what they had been asking for, Federal Reserve Chairman Jerome Powell acknowledged that the ultimate solution to the virus challenge will have to come from health experts and others, not central banks. Some traders are also questioning whether more aid is on the way to stabilize the market, while others called the Fed's move premature.

Through it all, markets are still faced with the same quandary that has sent stock prices tumbling 11% since they set a record just two weeks ago: No one knows how far the virus will ultimately spread before authorities can get it under control, and by how much companies' profits will be shorn because of it.

Stocks rallied briefly in the morning following the Fed's surprise move, but it took just 15 minutes for the gains to evaporate. Treasury yields fell to more record lows as investors ratcheted back expectations for the economy and inflation. A gauge measuring traders’ fear of upcoming swings for stocks jerked wildly up and down through the day.

The S&P 500 swung between modest gains and losses for about an hour after the Fed's announcement before turning decisively lower. The index ended the day down 86.86 points, or 2.8%, at 3,003.37. It marks the eighth drop in the last nine days for the index.

The Fed has a long history of coming to the market's rescue with lower rates and other stimulus, which has helped this bull market in U.S. stocks become the longest on record. Some analysts said the Fed's latest cut could provide some more confidence.

The Dow had jumped Monday to its best day in more than a decade on rising anticipation for coordinated support from the Fed and other central banks. Even before Tuesday's announcement, traders were convinced that the Fed would cut rates by half a percentage point on March 18 at its next meeting. 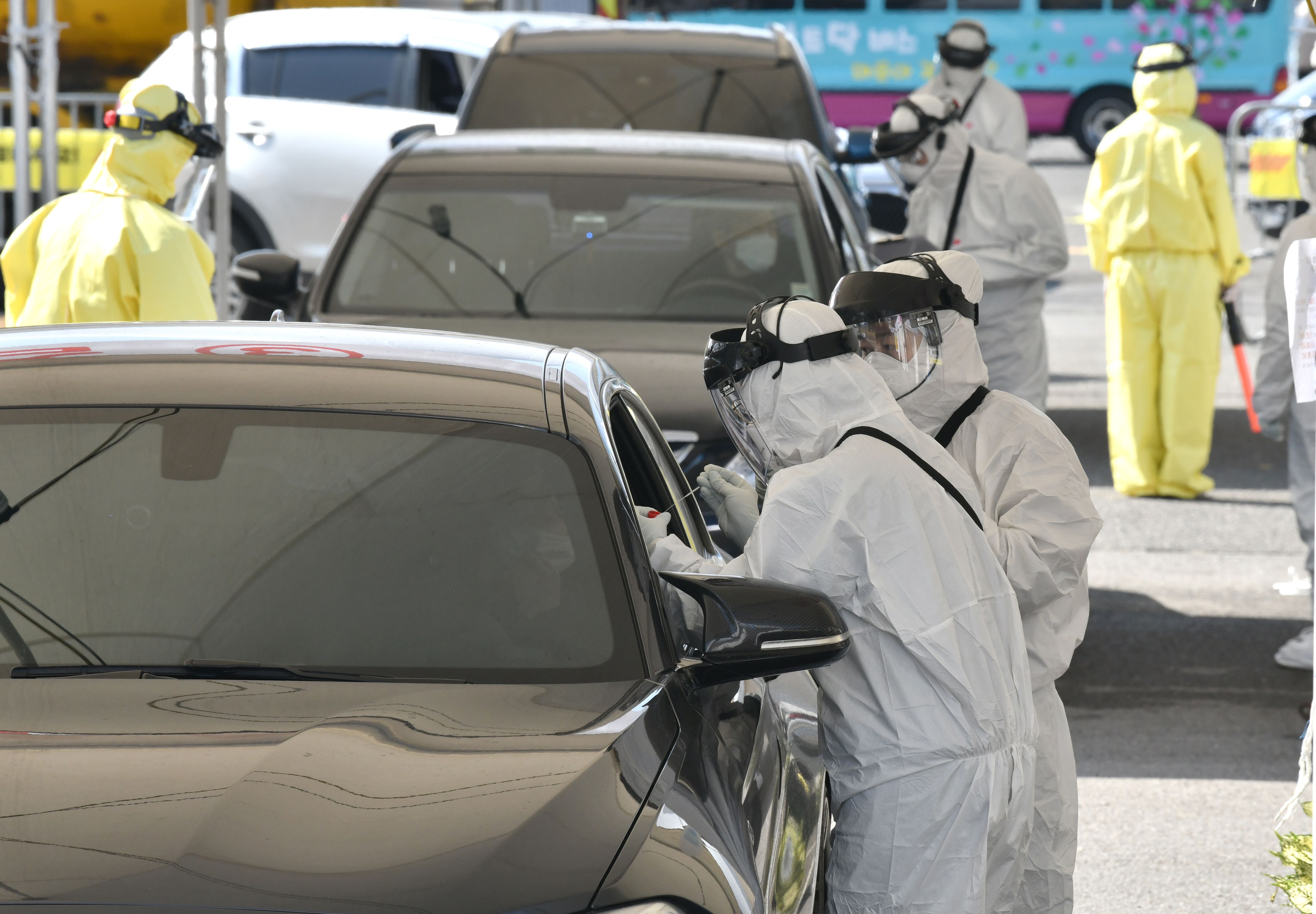 Virus' Effect on World Economy Grows After Trump Lashes Out

But doubts are high about whether the medicine provided by central banks can be as effective this time around. Lower rates can encourage shoppers and businesses to borrow and spend more, but they can't reopen factories that have been shut or recall workers out due to quarantines.

The high stakes pushed the Fed to cut rates outside of a regularly scheduled meeting for the first time since the 2008 financial crisis, when investors were considering a complete meltdown of the world's financial system as possible if not likely. That in itself may have spooked the market, as some investors wondered if the Fed saw things as worse than they were led to believe.

“I don’t believe that market participants woke up this morning thinking we were facing a crisis similar to the global financial crisis," said Kristina Hooper, chief global market strategist at Invesco. "But that’s what the Fed’s actions suggested to some.”

As fears around the coronavirus continue to rise in South Korea, long lines formed as people looked to buy face masks to help prevent the spread of the virus.

Markets are likely to remain shaky until investors get a sense of what the worst-case scenario really is in this virus outbreak. As the virus spreads beyond China, companies across continents and industries say they expect it to hit their profits.

Payments processor Visa is one of the latest companies to join the lengthening list warning investors. It said its quarterly revenue will be weaker than earlier predicted because of a drop-off in travel-related spending on cards.

"To get a floor on the markets, realistically, what we need to see is not so much a cut in the number of new coronavirus cases, but at least a slowdown in the acceleration," said Salvatore Bruno, chief investment officer for IndexIQ.

Vice President Mike Pence said during a Monday press briefing that despite recent American deaths, the risk of coronavirus in the United States "remains low."

Worldwide, more than 92,000 people have been sickened, and over 3,100 have died. The number of countries hit by the virus has reached at least 70.

The topsy-turvy trading Tuesday got off to a slow start in the United States. Earlier in the day, the Group of Seven major industrialized countries pledged support for the global economy, but they stopped short of announcing any specific new measures. Disappointment in the lack of action helped push U.S. stocks lower at the opening of trading, before the Fed surprised markets with its announcement of the half-point rate cut at 10 a.m. Eastern time.

Before the Fed made its move, the Reserve Bank of Australia cut its key interest rate to a record low 0.5%.

Bond yields swung following the Fed's announcement. The yield on the 10-year Treasury slumped to 1.01% from 1.08% late Monday after earlier dropping below the 1% threshold for the first time. The 10-year yield tends to fall when expectations are for weak economic growth and inflation. Shorter-term yields, which move more on Fed actions, had even more dramatic drops. The two-year Treasury yield sank to 0.71% from 0.81%.