Two more counties in Northern California allowed many businesses to reopen Monday in defiance of Gov. Gavin Newsom’s orders intended to slow the spread of coronavirus and prevent the health care system from being overwhelmed.

Yuba County and adjacent Sutter County followed the lead rural Modoc County took on Friday amid pressures to restart California’s economy even as hospitalizations and deaths from COVID-19 continue.

“Annnnnnnnnnnnd we’re back!! Dine in or takeout. Hot Mess Monday is our breakfast special and Dirty Fries are back by popular demand,” Lambert House Cafe in Yuba City’s said in a 7 a.m. Facebook post. 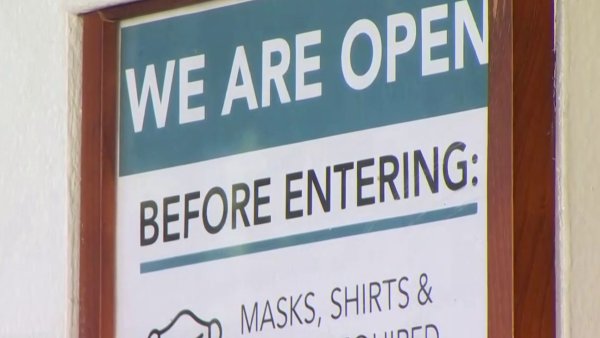 coming back from covid 14 hours ago

Inside were county Supervisor Dan Flores, county administrator Steven Smith, a man who only identified himself as a regular and a server. All wore masks except the regular who wrapped a black T-shirt around his face.

Newsom’s six-week-old order requires nearly 40 million residents to remain mostly at home. Businesses not deemed essential were ordered closed until COVID-19 testing, hospital and death rates indicate the state outbreak is beginning to ease. Millions have been unable to work.

More than 2,200 Californians have died from coronavirus and nearly 55,000 have been confirmed to have it, according to data compiled by Johns Hopkins University. The number of infections is thought to be far higher because of a shortage of testing.

While the governor has promised a cautious, phased reopening of the state, some people don’t want to wait.

A recent heat wave brought thousands out to major beaches in Orange County, leading Newsom to order that county’s beaches closed, leading to protests and efforts by some to head to the water anyway over the weekend.

Newport Beach city spokesman John Pope said lifeguards and police officers asked more than 2,500 people to leave. A Huntington Beach police spokeswoman said people were cooperating, and no citations had been issued as of Sunday afternoon.

Individual businesses around the state have also opened in defiance of state and local orders.

In the rural northeast corner of California, Modoc County Sheriff Tex Dowdy said the zero confirmed cases of COVID-19 among Modoc’s 9,000 residents was a deciding factor in the allowing for a “staged, safe” reopening. No problems were reported over the weekend, officials said.

Yuba and Sutter counties, north of Sacramento, are not only much bigger with a combined population of about 175,000 people — many of whom commute to jobs in the capital region — but have had 50 confirmed cases of the disease and three deaths.

Jesse Villicana, the owner of Cool Hand Luke’s steakhouse in Yuba City, said 25 employees who were laid off returned to work Sunday to help prepare for the reopening. He was eager to welcome customers back into the bar and dining room but wary of the slow return to business as usual. Customers must sit a booth apart, meaning he can only fill half of the restaurant.

The fear is that the virus can be spread in close quarters by people who don’t known they’ve contracted it, and allowing too much contact too soon could lead to a second surge of cases.