A Look at the 12 Statewide Ballot Measures in California

Here’s a look at the 12 statewide measures on the ballot in California. More information is available from the California Secretary of State’s voter guide.

—PROPOSITION 14 — Authorizes $5.5 billion in state bonds to fund stem cell research, with $1.5 billion dedicated to research on Alzheimer’s, Parkinson’s, stroke, epilepsy and similar diseases. The money would include funding for construction of research facilities. The bonds would be paid off over about 30 years at a total cost of about $7.8 billion.

—PROPOSITION 15 — Loosens some of 1978′s Proposition 13 limits on property tax increases. Would permit most commercial and industrial properties to be taxed on current market value rather than the original purchase price. Those properties would be reassessed every three years. Residential property wouldn’t be affected. The measure could raise an additional $12.5 billion a year to fund schools and local government services.

—PROPOSITION 16 — Would allow race, sex, color, ethnicity, and national origin to be considered in the awarding of government contracts, public employment and in admissions to state colleges and universities. Repeals a 1996 voter-passed amendment to the state Constitution that effectively banned affirmative action.

—PROPOSITION 17 — Restores voting rights to people on parole. Currently, those who have been released from state or federal prisons cannot vote until they complete their parole period. The measure would permit them to vote upon release from prison. The measure could affect an estimated 40,000 to 50,000 felons. 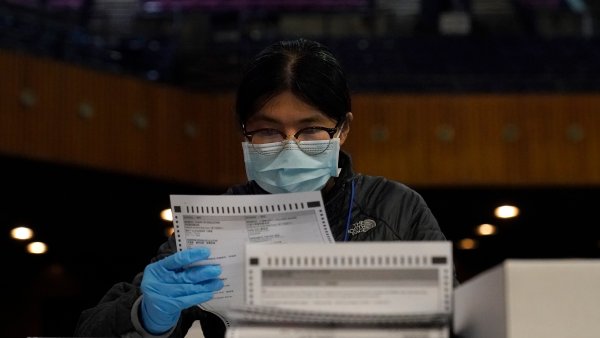 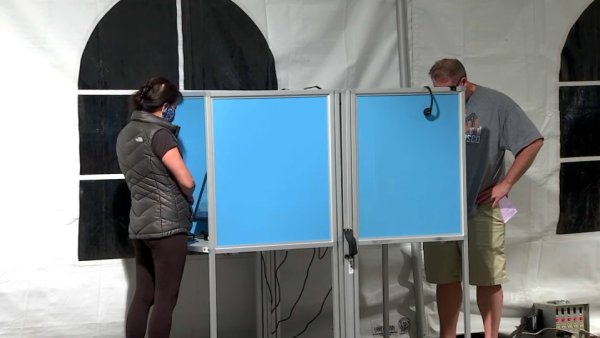 —PROPOSITION 18 — Amends California’s Constitution to permit 17-year-olds to vote in primary and special elections if they will turn 18 by the next general election. At least 18 states and Washington, D.C., have adopted laws that let people younger than 18 vote in certain circumstances.

—PROPOSITION 19 — Allows homeowners who are 55 and older, disabled or wildfire victims to transfer a primary residence’s tax base to a replacement home, allowing them in many cases to keep their property tax payment at the same or lower level. Also tightens rules on passing along lower taxes through inherited properties. Those taxes would be adjusted to market rate if the inherited home isn’t used as a primary residence. Voters in 2018 rejected a similar initiative.

—PROPOSITION 20 — Rolls back some criminal justice changes approved by voters in 2014 and 2016. Adds 22 crimes to the state’s list of violent offenses that make an offender ineligible for earlier parole. Allows felony charges for some theft crimes that currently can be charged only as misdemeanors. Reinstates DNA collections for some crimes that were reduced from felonies to misdemeanors.

—PROPOSITION 21 — Allows local governments to establish rent control on residential properties over 15 years old. People who own one or two single-family homes would be exempt from the measure. The proposal comes after years of rising housing costs that have pushed many young adults to move back in with their families. California voters overwhelmingly rejected a more expansive rent control measure two years ago.

—PROPOSITION 22 — Would classify app-based drivers for companies such as Uber, Lyft and DoorDash as independent contractors instead of full-time employees. The measure, heavily bankrolled by the ride-hailing firms, is pushback against a state law passed last year after the companies failed to obtain exemptions. That law requires companies in many industries to reclassify contract workers as employees entitled to more wage protections and benefits. The ballot measure also would provide some health and wage benefits to the independent contractors.

—PROPOSITION 23 — Requires dialysis clinics to have a physician, nurse practitioner or physician assistant available during operating hours. Requires state approval before a clinic can reduce its services. Prohibits clinics from refusing care to patients based on who is paying, such as whether they have private insurance or Medicare. There are about 600 dialysis clinics in California serving about 80,000 patients. The majority are owned by two for-profit providers. Two years ago, voters rejected another measure that would have imposed restrictions on clinic profits.

—PROPOSITION 24 — Allows consumers to prevent businesses from sharing their personal information and limits businesses’ use of geolocation, race, health or other information. Triples fines for companies that violate children’s privacy. Also creates a state agency to enforce and implement the law. The measure builds on privacy rights in the California Consumer Privacy Act, which took effect in January. That law limited how companies such as Google and Facebook collect and make money from personal data and allowed consumers to request deletion of their data.

—PROPOSITION 25 — Asks voters to approve a state law passed in 2018 that would replace money bail with a system based on public safety and flight risk. The measure has been on hold pending the referendum. If voters approve, no one would pay bail and most misdemeanor suspects would remain free before trial. However, those suspected of felonies or misdemeanor domestic violence, sex offenses or driving while intoxicated would be evaluated for their perceived risk of committing another crime or not appearing in court.