California gym owner D'Lee Daleo has spent months following ever-changing rules to keep her struggling business afloat during the coronavirus pandemic, so the prospect of tighter state regulations has her feeling demoralized.

“We have done so much and every time they just come in and slap us back down," Daleo said Monday after Gov. Gavin Newsom said he was pulling the “emergency brake” on reopening the state’s economy as virus cases surge at the fastest rate since the start of the outbreak.

California will halt reopening plans and put almost all of the state back under the strictest set of rules that halt indoor worship and force most indoor business to close or operate at a fraction of their capacity and keep most schools closed, including the nation’s second-largest school district in Los Angeles.

Newsom also said he was strengthening a mask requirement outside of homes with limited exceptions, and he was considering a curfew on business hours. 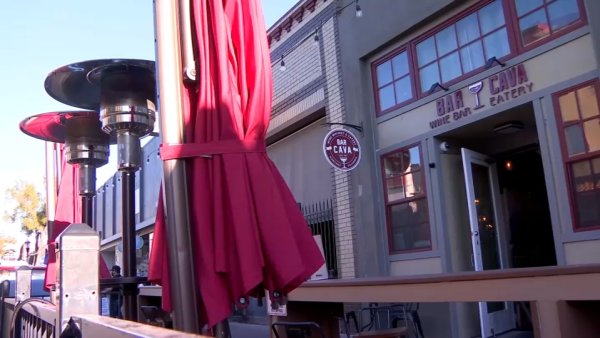 Daleo, co-owner of Switch Fitness in Elk Grove, said she and her business partner installed touchless entry technology for the doors and put stickers on the floor to keep customers a safe distance apart. They tried virtual classes. And they moved sessions outdoors, but fear that won't be viable as colder, wetter weather moves in.

“We just feel like we’re being unfairly targeted,” she said, especially because health experts say a lot of the renewed spread is coming from family gatherings, not from businesses. “It’s really frustrating.”

Newsom said he was “sounding the alarm” because the dramatic rise in cases in November has come more rapidly than a spike in mid-June and could quickly surpass the peak of the hospitalizations at the time.

“California is experiencing the fastest increase in cases we have seen yet — faster than what we experienced at the outset of the pandemic or even this summer," the governor said. "The spread of COVID-19, if left unchecked, could quickly overwhelm our health care system and lead to catastrophic outcomes.”

More than 11 million cases have been recorded nationwide as the virus surges almost everywhere. While California accounts for more than 1 million cases — the second-highest number in the U.S. — it is the nation’s most populous state with 40 million residents and ranks 40th in cases per capita.

The new rules are certain to rankle business owners such as Daleo and restaurateurs who have been struggling to get back on their feet after lengthy shutdowns followed by reopenings that at times have been curtailed as cases have risen.

From big box stores to local grocers, it’s beginning to look a lot like March. New coronavirus restrictions ordered in dozens of counties across the state has prompted panic buying. Kris Sanchez reports.

Businesses have complained they have played by the rules but had to pay the price for residents who have grown fatigued coping with the virus and have ignored public health warnings to not socialize with friends and family members.

“We think a restaurant is a safer place to be than in a friend’s living room,” said Jot Condie, president & CEO of the California Restaurant Association. “Yet restaurants and their employees are again being forced to pay a price for behavior that has little or nothing to do with them.”

Dr. Mark Ghaly, the state’s health secretary, said research has shown businesses have been sources of virus transmission. He mentioned instances where friends have gathered in close proximity for meals and drinks.

But Brad Pollock, associate dean of public health sciences at the University of California, Davis, School of Medicine, said the “jury is still out” on whether forcing most businesses to close indoor services will slow the spread of the virus.

With the “very scary” trajectory of cases, the new order may provide “a shock to the system” that convinces people to change their behavior and not travel or spend time with people outside of their household, he said.

“People kind of get the false idea that hey, it’s not that big of a deal,” he said. “If you don’t do this, and you continue on this path, everybody is going to get infected with this and we’re going to have deaths like you haven’t seen.”

Newsom himself apologized Monday for failing to follow his own rules by attending a friend’s birthday party this month at the opulent French Laundry restaurant in wine country north of San Francisco. He said his lapse in judgment may have undermined his message.

Newsom said his latest action, which takes effect Tuesday, will put 41 of the state’s 58 counties in the strictest of the four-tier system for reopening that is based on virus cases and infection rates. Under the new reordering, only two tiny counties, Mariposa and Alpine, remain in the least restrictive tier.

Placer County, which stretches from the outskirts of Sacramento to Lake Tahoe and will move back into the strictest of four color-coded tiers, has threatened not to enforce the state rules.

“The governor and state bureaucrats can color code counties and change rules as they go, but the basics remain the same: We are all free people who can exercise our freedom responsibly,” Gallagher said in a statement. “I don’t think you should close your business, church or school. I would encourage you to keep them open.”

Eyal Oren, epidemiologist at San Diego State University, said the government’s measures could help limit the spread of the virus and may convey to the public the need to take seriously measures like keeping their distance and wearing face coverings. He said the state is largely trying to limit transmission to ensure the health care system can treat people who get very ill.

On Friday, Newsom and the governors of Oregon and Washington issued a travel advisory urging their residents to avoid nonessential travel and to quarantine for two weeks after arriving on the West Coast from another state or country.

Oregon Gov. Kate Brown also announced a two-week “freeze” to limit restaurants to offering only takeout food and close gyms. She said the travel advisory could become a requirement if cases remain at current levels.

Under Newsom’s latest actions, 94% of Californians will face the strictest set of rules that call for halting indoor church services, indoor dining and indoor gym workouts. Malls and stores can stay open at 25% of capacity.

Schools that haven’t already reopened cannot do so. But some counties are choosing to close schools. In Yuba and Sutter counties, officials told districts to stop in-person instruction for middle and high schools by Nov. 23. Elementary schools that had already opened could stay open, according to a letter signed by Bi-County Health Officer Dr. Phuong Luu and the superintendents of the county boards of education.

“Our priorities are misplaced when malls receive more focus than the public schools that provide children with the foundation of literacy, math and critical thinking skills they need to succeed in school and in life,” Beutner said. “Without significant changes in priorities and a greater focus on public education it’s unlikely that schools in Los Angeles will reopen for in-person instruction anytime soon.”