Cleanup was underway after a powerful storm swept through California, setting rainfall records in the drought-stricken state but also triggering rescue efforts on a raging river and in canyon communities hit by mudslides.

By Tuesday afternoon, 8.1 inches (20 centimeters) of rain had fallen in one area of Santa Barbara County, northwest of Los Angeles. More than 4.6 inches (11.8 centimeters) fell within 24 hours in Orange County’s Silverado Canyon, south of LA, where sheriff’s deputies rescued residents after mud inundated homes in the area scarred by wildfires. No injuries were reported. 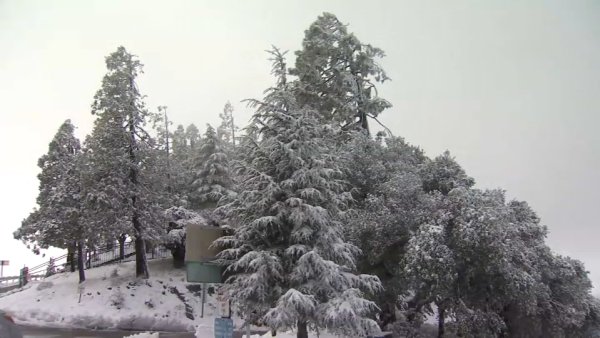 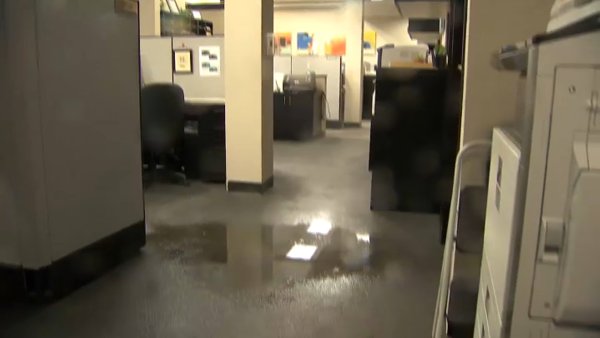 Firefighters searched the surging Los Angeles River on Tuesday after discovering two submerged vehicles wedged against a bridge pillar south of downtown LA and learning that a third vehicle had been swept past the bridge. No victims, if any, were immediately located and firefighters were waiting for the water level to fall.

“The circumstances surrounding these three separate vehicles and their journey down the LA River remain unclear,” a Fire Department statement said.

Earlier, a man was rescued after being swept into a covered stream channel in the San Fernando Valley. The man called for help on his cellphone and firefighters reached him through a maintenance hole on the street above. He suffered bruises and hypothermia, fire officials said.

The storm prompted officials to shut down a 40-mile (64-kilometer) stretch of the iconic Highway 1 in the Big Sur area and it will remain closed indefinitely while crews repair damage and clean up rocks in lanes. The coastal route south of the San Francisco Bay Area got more than a foot (30 centimeters) of rain in 24 hours. It frequently experiences damage during wet weather.

Residents in the North Bay are hoping several breaks from the storm soaking the region will help prevent flooding. Thom Jensen reports.

The powerful system is a so-called atmospheric river that sucks up moisture from Pacific Ocean and dumps it at lower elevations as rain and in the mountains as snow.

The storm began over the weekend in Northern California and brought heavy precipitation as far inland as Nevada, where more than 6 feet (1.8 meters) of snow fell since Sunday night at the Mt. Rose ski resort just southwest of Reno. Avalanche warnings were in effect in the Mono and Inyo county areas of California’s eastern Sierra, where Mammoth Mountain got about 4 feet (1.2 meters) of snow.

Residents near the Alisal Fire burn scar in California’s Santa Barbara County were ordered to evacuate over concerns that heavy rains might cause flooding and debris flows. The order was lifted Tuesday afternoon.

Similar orders were issued for people living near burn scars in the San Bernardino Mountains east of Los Angeles, where rockslides were reported. A mountain route into the resort town of Big Bear was expected to be closed until Wednesday while crews cleared several feet of mud and debris.

It was too soon to know how much of a dent the rain would make in the state’s drought. The system built on the progress of a massive rain storm in October, particularly in Northern California, said Michael Anderson, the state climatologist. Heavy rains moistened the ground, which will ensure more water stays packed in the snow, he said.

Last year, the mountain snow lost a lot of moisture into the ground because it was so dry, he said.

December, January and February are typically the wettest months of the year in California; about half of the state’s annual precipitation falls in that window, he said. If storms don’t continue through the winter, the effect of this storm on the drought will be “muted,” Anderson said.

Any moisture is much-needed in the broader region that’s been gripped by drought that scientists have said is caused by climate change. The latest U.S. drought monitor shows parts of Montana, Oregon, California, Nevada, and Utah are classified as being in exceptional drought, which is the worst category.