Holidays, family gatherings, more people going back to work and general fatigue are contributing to a coronavirus surge across the country

Some of California’s northern counties, which saw few cases of the coronavirus and were the first to begin reopening their economies, are cracking down again as the state’s rising tide of infections hits home.

Supervisors in Yolo County, near Sacramento, passed a measure on Tuesday that allows fines of up to $10,000 for businesses that don’t follow state and local health orders such as banning indoor dining areas and requiring clients to wear masks.

Authorities will try to inform businesses about the rules and the fines would be a last resort, officials said. 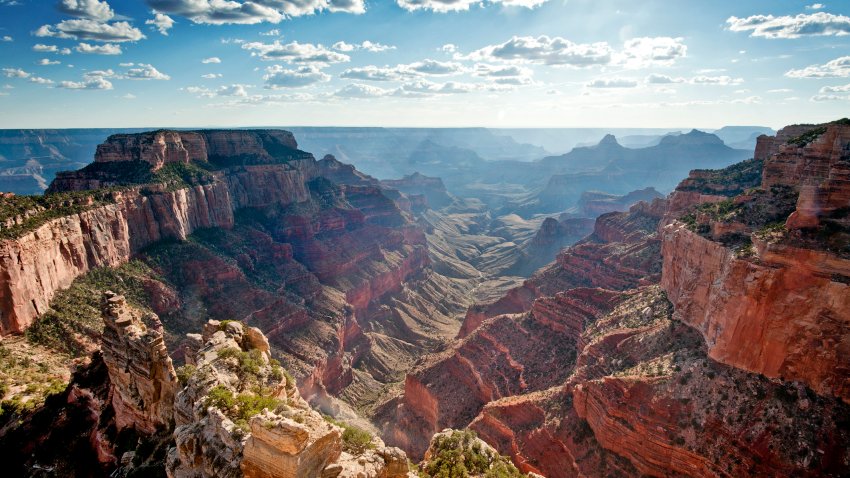 “It gives us an opportunity to work with that business, depending how many times we have to come back or how willfully they’re not complying,” Tan said. “We really want to push for education first.”

An increase in confirmed cases of more than 200% in the last four weeks “necessitates an increase in enforcement,” board chairman Gary Sandy said in a statement.

Sutter and Yuba counties allowed restaurants, hair salons, churches and movie theaters to reopen in early May. But on Tuesday, health officials told supervisors that both could wind up on the state’s watch list of counties that have seen troubling rises in infection rates, raising concerns that hospitals might be overwhelmed.

The two counties and Placer County were expected to halt indoor dining later this week because of rising numbers, the Sacramento Bee reported.

Currently 23 of the state 58 counties are on the list, meaning they must adhere to Gov. Gavin Newsom’s order to shut down bars, indoor dining areas and other indoor entertainment venues for three weeks. They include Fresno, Monterey, Colusa and Glenn counties, among those which began easing restrictions in early May ahead of the state relaxing restrictions.

Holidays, family gatherings, more people going back to work and general fatigue are contributing to a coronavirus surge across the country. California on Tuesday reported more than 6,000 newly identified cases for a total of nearly 280,000 cases. The death toll climbed by 111 to nearly 6,500.

Near Lake Tahoe along the border with Nevada, El Dorado County’s supervisors planned an emergency meeting this week to discuss a surge in COVID-19 cases, blamed in part on tourists who failed to heed social distancing measures.

“When we see the cases going up, there aren’t many options for us in order to maintain the level of safety for our residents and our visitors and to make sure that our health care system isn’t overwhelmed in Tahoe,” Carla Hass, a county spokeswoman, told the Bee.

The county of around 200,000 hasn’t had any deaths linked to the coronavirus and only a couple of people have been hospitalized but the county has seen more than 260 cases.

Marin County on the northern side of the Golden Gate Bridge shut down its indoor restaurants Monday after letting them reopen only a week ago. In that county, an outbreak hit San Quentin State Prison. About 1,400 of the 3,500 inmates at the facility near San Francisco have tested positive and several death row inmates have died. Critics have blamed the outbreak on the transfer of more than 100 inmates from another lockup east of Los Angeles to slow the spread of COVID-19 there.

The Monterey Bay Aquarium planned to reopen this week, but said it was postponing until further notice after being placed on the state’s watch list.

North of San Francisco, Napa County in California’s wine country planned to close bars, breweries, indoor restaurant dining, move theaters, zoos, museums and cardrooms on Thursday. It was placed on the state watch list for having a COVID-19 case rate that exceeded 100 additional cases per 100,000 residents in the last two weeks.

Humboldt County on the North Coast was among the first in California to get the governor’s green light to open up restaurants and stores after a two-month statewide lockdown. But it, too, has seen a jump in COVID-19 cases along with four deaths. The case number has risen by 10% over the past two weeks, for a total of around 150. The health officer is blaming get-togethers involving friends and relatives from other counties.

“The virus is circulating in all parts of the county. I can’t stress this enough,” Health Officer Dr. Teresa Frankovich said.

Other areas of the state are also concerned.

Indoor restaurants and outdoor bars in San Francisco will not open next week as planned, while in Santa Clara County officials expect to reopen hair and nail salons but will also hold off on indoor dining because of rising coronavirus infection rates. The two Bay Area counties have been among the most aggressive in battling the pandemic, part of a wider coalition that implemented a regional stay-home order in mid-March that public health officials across the country lauded for slowing the virus before sick people could overwhelm hospitals.

Los Angeles County, with a quarter of the state’s population, reported 4,015 additional cases Tuesday — its highest daily count yet due in part to a backlog of test results.

Nearly 2,000 people remain hospitalized in the county, much higher than the 1,350 to 1,450 daily hospitalizations three weeks ago.