Staggered school start times. Class sizes cut in half. Social distancing in the hallways and cafeteria. These are a few of the possible scenarios for California schools that Gov. Gavin Newsom laid out as part of a roadmap for reopening the state amid the coronavirus.

The timeline for reopening schools remains unclear, as it does for reopening California society at large. But Newsom said Tuesday that when the state’s 6 million students do return, things will look dramatically different.

“We need to get our kids back to school,” Newsom said. “And we need to do it in a safe way.”

The outline he presented for what it will take to lift coronavirus restrictions in the nation’s most populous state asked more questions than it answered. He sought to temper the expectations of a restless, isolated public.

For schools, the biggest challenge officials will face is how to continue physical distancing among children and adults to ensure that “kids aren’t going to school, getting infected and then infecting grandma and grandpa,” Newsom said.

That could mean requiring schools to stagger schedules, with some students arriving in the morning and the rest in the afternoon. In the coming weeks and months, officials along with educators and unions will be discussing that idea and other possibilities for keeping campuses safe, he said.

School assemblies, gym class, recess, lunchtime and all scenarios in which students gather in large groups will have to be rethought. School maintenance will need to be overhauled. 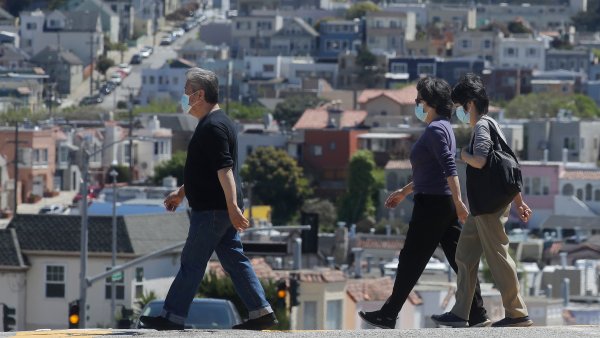 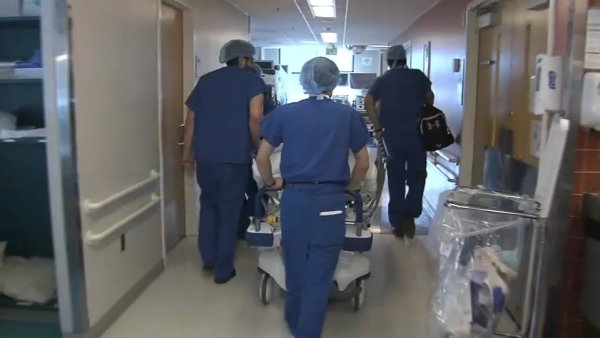 “We are entering a new era of education. And whether that’s transitional or whether it portends a more permanent change in how we educate students is unclear,” said Troy Flint, spokesman for the California School Boards Association.

Flint said the governor’s idea of staggering class times would help guide the conversations school districts are having about how to safely reopen.

“Do you need to move to an expanded school day, or school week, or consider weekend classes? Do you need to look at a year-round model?” said Flint.

“We can’t just build new schools overnight. Even if the state gives us more money, where will the teachers come from?” said Wold. “This is probably the most Herculean challenge I have ever seen in public education.”

Newsom said he was having intensive conversations with state Superintendent of Public Instruction Tony Thurmond and other education leaders about how to reorganize schools. And any changes in school schedules would have to be negotiated with the powerful teachers’ unions.

“(Teachers) are best equipped to drive those conversations and to be a part of that decision-making process and they will ensure whatever plans we end up with work best for their students,” said Claudia Briggs, a spokeswoman for the California Teachers Association.

She said teachers have been working with Newsom and Thurmond to figure out how to educate online and they will continue to work with the officials on how to safely reopen schools.

Newsom’s announcement came on the day the state reported its highest daily death count from coronavirus to date — 71 — though the trend lines are favorable for overall hospitalizations and intensive care admissions in California.

Newsom said deep sanitation and “massive deep cleaning” will be needed at schools and outside campuses at parks, playgrounds, benches and sidewalks.

“We talk about what the new normal looks like. Normal it will not be,” said Newsom.

Newsom said he won’t loosen the mandatory stay-at-home order put in place March 19 until hospitalizations, particularly those in intensive care units, “flatten and start to decline.” And he says the state will need more testing, treatments and the ability for businesses, schools and childcare facilities to continue the physical distancing that has come to dominate public life. He said he would revisit the question of easing restrictions in two weeks.

California had more than 24,500 confirmed virus cases and more than 780 deaths as of Tuesday, according to data compiled by Johns Hopkins University, a death count that remains far below New York’s 11,000 victims and is even much lower than smaller states including Massachusetts and Louisiana.

This version corrects that first name of the California School Boards Association spokesman is Troy, not Tony.