California will more than double its coronavirus testing to up to 250,000 people a day while reducing costs and providing faster results under terms of a contract with a Massachusetts company worth up to $1.4 billion, Gov. Gavin Newsom announced Wednesday.

California and other states have worked to boost the number of tests they can process each day to help identify outbreaks and guide public health officials' decisions on how to slow the spread of the virus. California now averages about 100,000 tests per day and has administered nearly 11 million to date, by far the most in the nation.

But this week, in a move that surprised state and local health officials, the Centers for Disease Control and Prevention said it's not necessary to test asymptomatic people who have had close contact with others who are infected. 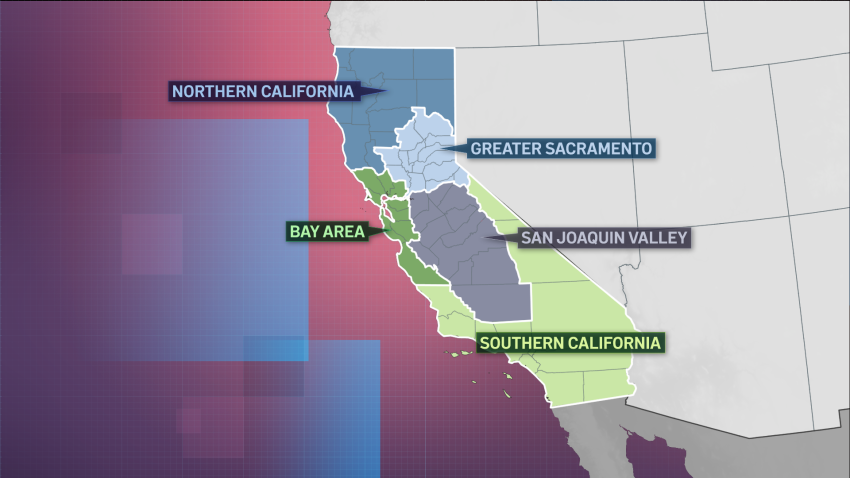 Why The California Shutdown Is Divided By Regions Not Counties

Newsom was emphatic in stating the new federal guidelines “are not the policy of the state of California.”

In California, each test costs $150 to $200 and it takes between five to seven business days for the results to come back.

Newsom said the state expects to add tens of thousands more tests each day by November. And when the new contract is fully implemented by next March each test would cost $30.78 and the state will add 150,000 more tests per day, with results back in under two days.

Newsom said California got the lower price by using its ability to buy in bulk.

The state plans to build its own lab to process tests and already has identified the location and plans to quickly get it up and running, Newsom said.

The flu season will be arriving in the fall and having a better testing system to identify COVID-19, which has many of the same symptoms, will be key to ensuring proper diagnosis.

“As a doctor, I'll tell you it's going to be hard to tell the difference," said Dr. Richard Pan, a Democratic state senator from Sacramento.

California is among the geographically largest states and it has the most people — 40 million — and public health officials have struggled to track the people who have the coronavirus. That makes it hard to warn other people who have been exposed and need to get tested, which can further spread the disease.

But the new tests with faster results will make the state's “contact tracing" program “a more effective tool than it has been,” said Dr. Mark Ghaly, secretary of the California Health and Human Services Agency.

California has reported more than 679,000 coronavirus cases as of Tuesday and more than 12,400 deaths. The state has ordered 34 of the state's 58 counties to halt indoor operations at many businesses as well as churches and schools because of a rising number of cases.

But the state's infection rate and hospitalizations have dropped significantly in recent weeks and some counties have come off the list as their numbers have improved. Among them are San Diego and Orange, which trail only Los Angeles in population.

Newsom said on Friday he plans to announce new guidelines on how businesses in those counties can reopen.

Los Angeles County, which has 10 million people, has logged under 200 cases per 100,000 residents for the past two days, the lowest rate in months but not enough to get off the watch list. County Public Health Director Barbara Ferrer on Wednesday urged people to get tested if they fear they have been exposed to the virus.

“We wouldn’t want people to think the way to get your case rate down is to stop testing," she said. "The heart and soul of being able to contain the virus is being able to identify people who are positive.”

The state's new testing contract will initially cost taxpayers $100 million, with a maximum of $1.4 billion, according to the Newsom administration. The state has had trouble with some large contracts during the pandemic, signing multi-million dollar deals with new vendors that were eventually canceled.

The administration is more confident in the new contract because it is with PerkinElmer, a company that has worked with the state for 30 years conducting newborn screenings and operating other genetic testing programs.

The company will use polymerase chain reaction diagnostic testing, a genetic test that Newsom called the “gold standard.” The contract says the company can pivot to new testing technology once it becomes available.