Newsom gave no date for when businesses could reopen and people could return to work .

California Gov. Gavin Newsom loosened the state’s stay-at-home order on Wednesday to let hospitals resume scheduled surgeries, the first step toward reopening the nation’s most populous state that has been shut down for more than a month because of the coronavirus pandemic.

Newsom gave no date for when businesses could reopen and people could return to work, saying that would depend on the state’s ability to build a more robust testing system “that is more inclusive.” So far, California has tested more than 465,000 people, or just over 1% of the state’s nearly 40 million residents. 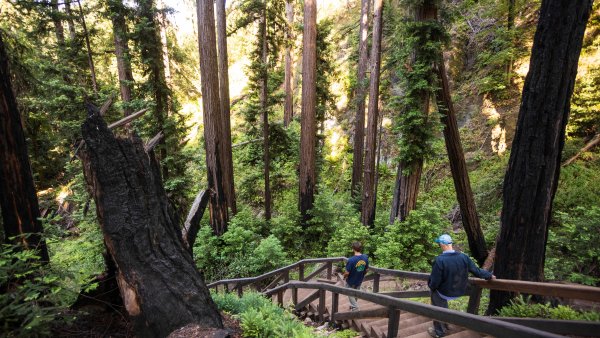 The state’s stay-at-home order has canceled concerts and sporting events and closed schools and nonessential businesses.

Newsom, a Democrat, said Wednesday the number of coronavirus hospitalizations, including those in intensive care units, declined slightly. He said the modified order allows for surgeries that are “not an emergency but if left neglected for months and months could become an emergency.” Examples include surgeries for cancers, heart valves and chronic diseases.

He said the order does not include purely cosmetic procedures, including plastic surgeries.

California has more than 35,900 coronavirus cases and 1,350 deaths, according to data complied by Johns Hopkins University. The number of infections is thought to be far higher because many people have not been tested, and studies suggest people can be infected with the virus without feeling sick.

The news comes as other western states are considering similar actions. In Washington, Democratic Gov. Jay Inslee said Tuesday he hopes to resume elective surgeries and outdoor recreation soon. But he said he likely won’t be able to lift the state’s stay-at-home restrictions before May 4, which is when the directive was set to expire.