The Caldor Fire in El Dorado County has burned 177,260 acres and is 14% contained

Thousands of people rushed to get out of South Lake Tahoe as the entire tourist resort city came under evacuation orders and wildfire raced toward the large freshwater lake of Lake Tahoe, which straddles California and Nevada.

Evacuation warnings issued for the resort city of 22,000 on Sunday turned into orders Monday. Vehicles loaded with bikes and camping gear and hauling boats snaked through thick, brown air that smelled of campfire. Police and other emergency vehicles whizzed by.

“This is a systematic evacuation, one neighborhood at a time,” South Lake Tahoe police Lt. Travis Cabral said on social media. “I am asking you as our community to please remain calm.”

The new orders come a day after communities several miles south of the lake were abruptly ordered evacuated as the Caldor Fire raged nearby.

The entire Lake Tahoe area in the Sierra Nevada mountains is a recreational paradise for Bay Area locals looking for a weekend getaway, as well as a national destination. The area offers beaches, water sports, hiking, ski resorts and golfing.

South Lake Tahoe, at the southern end of the lake, bustles with outdoor activities, with casinos available in bordering Stateline, Nevada.

South Lake Tahoe Mayor Tamara Wallace prepared to leave with her husband, youngest child, dogs and items given to them from their deceased parent — objects that can’t be replaced.

She did not think the Caldor Fire would come so close. Fires in the past did not spread so rapidly near the resort city.

“It’s just yet another example of how wildfires have changed over the years,” she said. “It’s just a culmination of 14 to 18 more years of dead trees, the droughts we’ve had since then, those kinds of things.”

The region faces a warning from the National Weather Service about critical fire weather Monday through Tuesday.

The fire destroyed multiple homes Sunday along Highway 50, one of the main routes to the south end of the lake. It also roared through the Sierra-at-Tahoe ski resort, demolishing some buildings but leaving the main buildings at the base intact.

Flames churned through mountains just a few miles southwest of the Tahoe Basin, where thick smoke sent tourists packing at a time when summer vacations would usually be in full swing ahead of the Labor Day weekend.

There were reports of cabins burned in the unincorporated community of Echo Lake, where Tom Fashinell has operated Echo Chalet with his wife since 1984. The summer-only resort offers cabin rentals, but was ordered to close early for the season by the U.S. Forest Service due to ongoing wildfires.

Fashinell said he was glued to local television. “We’re watching to see whether the building survives,” he said. 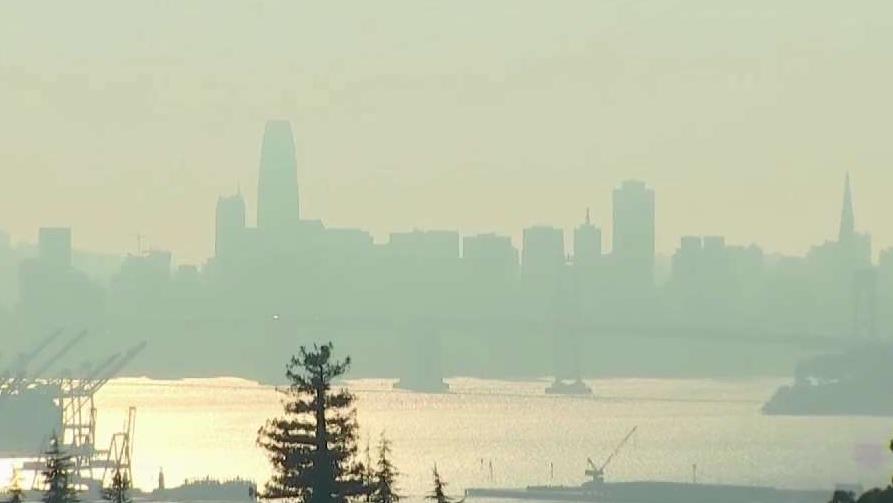 Air Quality Advisory Issued for Monday Due to Wildfire Smoke 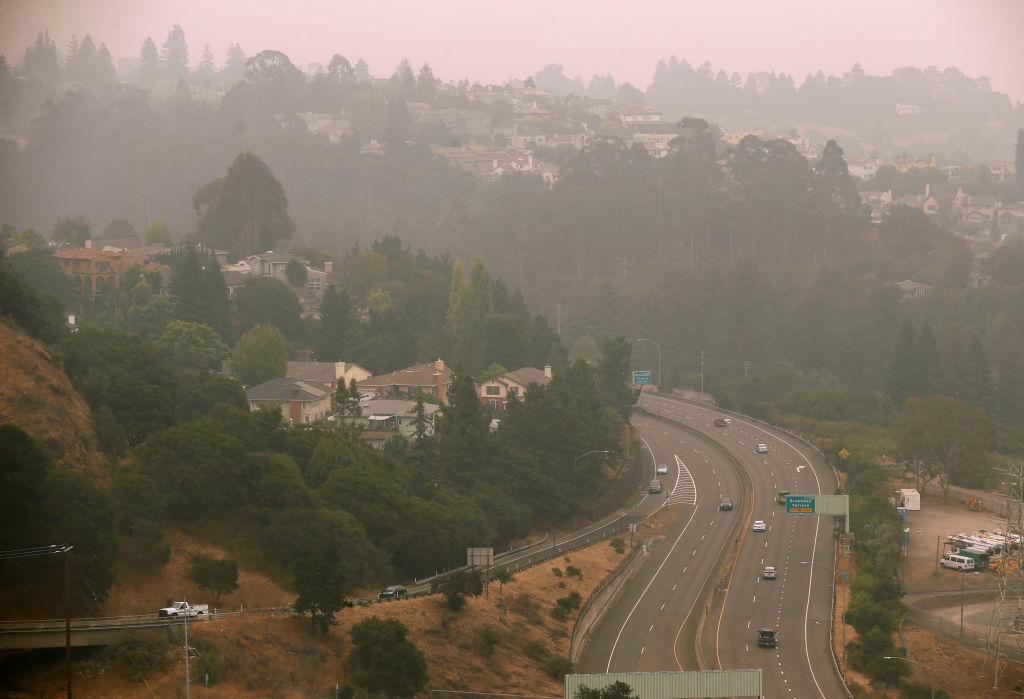 The last major blaze in the area took South Lake Tahoe by surprise after blowing up from an illegal campfire in the summer of 2007. The Angora Fire burned less than 5 square miles (13 square kilometers) but destroyed 254 homes, injured three people and forced 2,000 people to flee.

The Caldor Fire has scorched 277 square miles (717 square kilometers) since breaking out Aug. 14. After the weekend’s fierce burning, containment dropped from 19% to 14%. More than 600 structures have been destroyed, and at least 20,000 more were threatened.

It’s among nearly 90 large blazes in the U.S. Many are in the West, burning trees and brush sucked dry by drought. Climate change has made the region warmer and drier in the past 30 years and will continue to make the weather more extreme and wildfires more destructive, according to scientists.

In California alone, more than a dozen large fires are being fought by more than 15,200 firefighters. Flames have destroyed about 2,000 buildings and forced thousands to evacuate this year while blanketing large swaths of the West in unhealthy smoke.

In Southern California, a section of Interstate 15 closed Sunday after winds pushed a new blaze, the Railroad Fire, across lanes in the Cajon Pass northeast of Los Angeles.

Farther south, evacuation orders and warnings were in place for remote communities after a wildfire ignited and spread quickly through the Cleveland National Forest on Saturday. A firefighter received minor injuries, and two structures were destroyed in the 2.3-square-mile (5.9-square-kilometer) Chaparral Fire burning along the border of San Diego and Riverside counties, according to Cal Fire. It was 13% contained Monday.

Meanwhile, the Dixie Fire, the second-largest in state history at 1,205 square miles (3,121 square kilometers), was nearly halfway contained about 65 miles (105 kilometers) north of the Lake Tahoe-area blaze. Nearly 700 homes were among almost 1,300 buildings that have been destroyed since the Dixie Fire began in early July.

Containment increased to 26% on the French Fire, which covered nearly 40 square miles (104 square kilometers) in the southern Sierra Nevada. Crews protected forest homes on the west side of Lake Isabella, a popular recreation area northeast of Bakersfield.

The U.S. Department of Defense is sending 200 Army soldiers from Washington state to help firefighters in Northern California, the U.S. Army North said in a statement Saturday. Eight Air National Guard and Air Force Reserve C-130 aircraft capable of dropping thousands of gallons of fire retardant also have been sent to fight wildfires in the West.