Californians starved for travel aren’t welcome in New York and can’t even land in Europe because of the surging coronavirus outbreak in their home state so they are being wooed by local tourism boards promising safe and clean lodging, dining and sightseeing in a bid to boost their devastated economies. 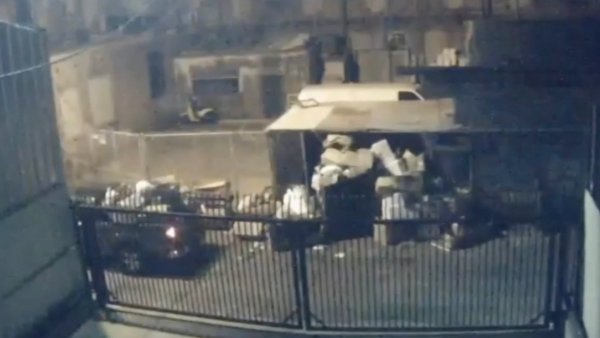 California took a big step back in reopening its economy this week amid an alarming rise in reported coronavirus cases and hospitalizations. Gov. Gavin Newsom order a three-week closure of bars and many indoor establishments in counties with about three-quarters of the state’s population. The list includes Riverside County, which is home to the desert resort city of Palm Springs, but not Sonoma or Santa Cruz, which have not seem a similarly large surge of confirmed virus cases.

Leisure travel, which resumed last month, is still allowed and hotels eagerly welcomed visitors for the long Fourth of July weekend even as public health experts and mayors of popular beach towns Santa Cruz and Half Moon Bay pleaded with people to stay home for the holiday.

Tourism advocates say it is possible to travel safely, so long as people wear masks, wash their hands often and keep apart from others. They want visitors to support local businesses while getting away from it all.

“Tourism is not dangerous. I think people not following the rules is dangerous,” said Crista Luedtke, who owns a boutique hotel in the Sonoma County town of Guerneville as well as two restaurants and a bar. She said people out grocery shopping “are every bit as dangerous if they’re not playing by the rules.”

Business at the 14-room Boon Hotel and Spa has been “bonkers” since opening to tourists, she said. Guests are required to stay at least two nights and they’re assigned two pool chaise lounges for their stay. Luedtke said most guests are from the Bay Area with some driving from San Diego, Seattle or Oregon.

“Nobody’s flown to get to us and they’re all just delighted to be out of their homes. It’s the first time they’ve been out since shelter in place so everybody’s in heaven,” she said.

Travelers have questions about what’s open, with lots of interest in swimming, boating, camping and beaches, said Birgitt Vaughan, director of global media relations for Sonoma County Tourism. They’re not showing much trepidation.

Countries in Europe have opened up for tourists from places deemed to have the pandemic under control; that does not include the United States. New York is requiring visitors from California and other hot-spot states to self-quarantine for 14 days.

Visit California, the nonprofit that promotes state tourism, is marketing exclusively to residents for the first time since after the Sept. 11, 2001, terror attacks. It developed a “responsible travel code” that asks visitors to educate themselves and promote safety while traveling. Research shows about 56% of Californians are resuming normal travel or willing to venture out, if safe, according to the travel bureau.

Tourism in California last year generated $145 billion in visitor spending and employed 1.2 million people. The pandemic is expected to cut that revenue in half this year — erasing what officials say is a decade of growth — as popular tourist attractions are not able to open. Disneyland in Southern California’s Orange County has scraped plans for a mid-July reopening.

Visit California CEO Caroline Beteta said she agrees with the reopening rollbacks, no matter how painful, and the statewide mask order to stabilize the virus cases.

Local tourism boards are pushing safety messages as well, and asking visitors to do their part as they sip at wineries, drive along the Pacific coastline, and sit in charming town squares.

Monterey County’s visitors bureau developed signage promoting social distancing and mask wearing, with a photo of a sea otter and a photo-shopped mask. Potential visitors are still checking out hotel deals and entertainment options in deciding where to go, said the bureau’s president and CEO Rob O’Keefe, “but top amongst them is: How safe is it?”

Visit Santa Cruz County suspended advertising over the holiday weekend, after the governor announced rollbacks Wednesday, said CEO Maggie Ivy. She understands concerns about too many people, but says local businesses need help. People were flocking to beaches even before hotels were allowed to take leisure bookings, she said.

“We’re talking about another year of having to navigate these choppy waters, so how do we do that in a responsible way that allows us to have some semblance of an economy and employment for our residents while also trying to protect ourselves and others,” she said.

The tourism campaigns make Dr. Peter Chin-Hong shudder. The infectious diseases professor at the University of California, San Francisco says they remind him of the Hong Kong will “take your breath away” campaign the Hong Kong tourism board was late to yank amid the SARS outbreak in 2003.

He knows some people need to get away and suggests they engage in activities that are lower-risk than others — camping under the stars, kayaking or strolling an uncrowded Main Street versus indoor bar-hopping.

“It’s hard to make blanket statements and things change so quickly people have to just be, just as you look at the weather report, you look at the COVID report before you go to a particular place,” he said.