California’s unemployment rate nearly tripled to 15.5% in April as the nation’s most populous state lost more jobs in one month than it did during the Great Recession a decade ago — all because of the economic fallout from coronavirus pandemic.

Just two months ago, California was boasting an unprecedented economic expansion as it added more than 3.4 million jobs over 10 years, accounting for 15% of the nation’s job growth. More than two thirds of those gains were wiped out in April as the state lost 2.3 million jobs.

California accounted for 11.4% of all jobs lost nationwide in April as the unemployment rate jumped 10.2 percentage points since March, the largest one month rise since 1976 when the state began using its current formula to measure job losses. 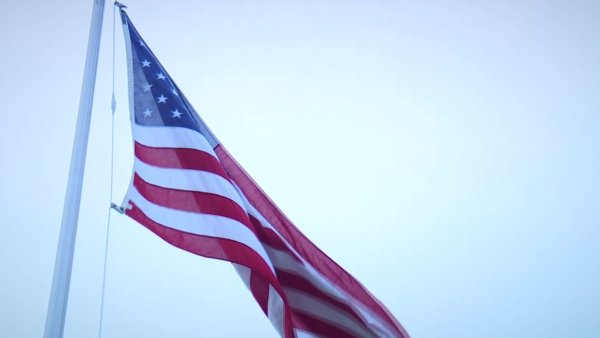 Following the CARES ACT Money: Why Some Small Businesses See Little to No Relief

Nationwide, the unemployment rate reached 14.7% as all 50 states plus the District of Columbia reported increased job losses, according to the U.S. Bureau of Labor Statistics.

The California joblessness statistics released Friday by the California Employment Development Department only tell part of the story because the report is based on a survey conducted the week of April 12.

Many more California residents have lost their jobs since then, with the department reporting 5.1 million people have filed for unemployment benefits since March.

“Businesses that have tried to hold on to workers are deciding that they can’t do so any longer, others are deciding that they can’t stay open with the uncertain future,” said Michael Bernick, former director of the California Employment Development Department and now a lawyer with the firm Duane Morris. “It is only when we have a confident, aggressive reopening in California that we can expect the job reconstruction to truly begin.”

California has been under a mandatory, statewide stay-at-home order since March 19. But Gov. Gavin Newsom, a Democrat, has modified the order to allow some businesses to reopen if they follow certain safety measures.

There are signs that some Californians are returning to work. The state’s weekly unemployment claims have dropped from more than 1 million during the week of March 28 to just over 246,000 last week, according to Sung Won Sohn, a professor of finance and economics at Loyola Marymount University.

“There are some positives for the state. The early lockdown imposed in the Bay Area followed by Southern California has reduced infections and saved many jobs,” he said.

But the surge of claims has exhausted the state’s unemployment trust fund, forcing it to borrow billions of dollars from the federal government.

Department Director Sharon Hilliard said the agency is preparing to hire an additional 1,800 people to handle the claims. But it would take a staff of 28,000 full-time employees working from 8 a.m. to 8 p.m. seven days a week to answer all calls made to the department, she said.

Melanie Hern said she has not received any unemployment money even though she lost her job as a bartender over two months ago.

She has been calling the employment development everyday but is often put on hold or is hung up on. The agency last asked her to verify her identity five weeks ago, but Hern said she hasn’t heard back even after sending what was requested.

Hern said she borrowed money from relatives and that her boyfriend is paying most of her bills.

“I’m going into debt, because I’m having to push back my bills as much as I can in hopes of getting unemployment,” she said.

Hern said she has resisted checking how much she owes: “It’s one of those things where I’ve stopped looking because it makes you kind of sick to your stomach.”

Even when people are approved for unemployment payments, they are often delayed by more than a month. Mia Foster said she had to wait five weeks to receive the money and was forced to ration food for her and her children during the wait.

“After a week or two you really, it does kind of take a toll on you mentally,” Foster said.

State lawmakers vented their constituents’ frustration to Hilliard during a public hearing on Thursday.

“I get that there is an unprecedented workload, but I believe government can do better and it has to do better at this time,” said Assemblyman David Chiu, a Democrat from San Francisco. “We have never heard the type of suffering that people are experiencing right now.”

Hilliard said she agreed with Chiu that the delays are “not acceptable.”

“We are working hard to make sure we are addressing all of the concerns as quickly as possible,” she said.