The 90-minute forum at the University of Southern California marked an early skirmish in the contest to replace Gov. Jerry Brown, a Democrat in his final year in office, while mirroring the bitter party divide seen in Sacramento and across the U.S.

That gap was highlighted by a discussion of vulgar remarks by the president on Friday. In an Oval Office meeting with a group of senators, Trump had questioned why the U.S. would accept more immigrants from Haiti and "shithole countries" in Africa as he rejected a bipartisan immigration deal, according to one participant and people briefed on the conversation. Trump has made a partial denial. 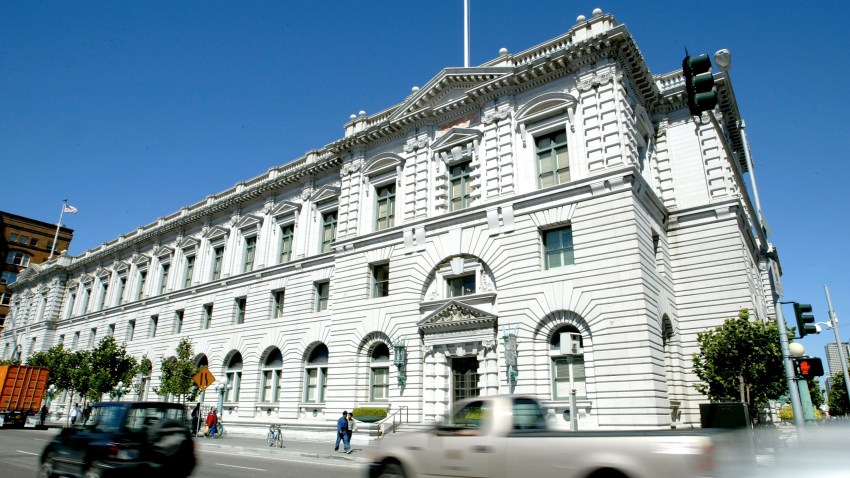 Another Democrat, state Treasurer John Chiang, said he would challenge Trump to follow the state's example and "California is taking a different pathway."

But the Republicans on stage, businessman John Cox of San Diego and Assemblyman Travis Allen of Huntington Beach, suggested that Democrats were trying to avoid discussing state problems.

Cox said candidates should focus on improving schools, roads and the business climate and "not demonize the president." Allen said Democrats "want to deflect" from problems tied to illegal immigration.

"The president is trying to work with everyone in Congress to actually get immigration solved," Allen said.

Trump is likely to be a constant backdrop in the governor's race, as California clashes with the White House on offshore oil drilling, immigration, legalized marijuana and a tax overhaul that is projected to boost payments for many in the state.

Trump is unpopular in the Golden State: He was crushed by over 4 million votes in California by Hillary Clinton in the 2016 presidential contest. His presence will present a tricky calculus for Republican candidates for governor, who need to energize the GOP base at the same time they try to lure support from voters who might look askance at the president.

Democrats are favored to keep control of the governor's chair, in a state where the party holds every statewide office and controls both chambers of the Legislature by hefty margins. Democrats also count a 3.7 million edge in voter registrations.

The GOP field expanded earlier this month, when former U.S. Rep. Doug Ose filed paperwork to run. He represented the Sacramento area in Congress from 1999 to 2005.

The forum, which was streamed online, gave the candidates a chance to introduce themselves to a wider audience, but the timing of the event on a holiday weekend almost guaranteed it would go largely unnoticed.

The primary election is in June.

The next governor will inherit a state with a muscular economy but deep, unresolved problems, including a homeless crisis that has turned streets into tent cities, a vast wage gap between the rich and poor and a multibillion-dollar pension debt for public workers that is forcing some communities to cut back services.

Through much of the event, the candidates split largely along party lines.

Cox, for example, said he supported building a wall along the U.S. border with Mexico, a proposal derided by California Democrats. Cox heard heckling when he said the state also needed seasonal farm workers, then added that immigrants also start businesses. "You've got to let me finish," he told the crowd.

The Democratic candidates also sought to stand apart from each other on some issues, including health care.

Not surprisingly, Newsom, a presumptive early front-runner based on fundraising and polls, took most of the criticism, at times being depicted as a reckless spender.

Newsom said he supported universal health care, calling it "a right" that could be achieved in the state.

Villaraigosa said he supported it in concept, but warned about insufficient study. "Where's the plan?" he asked Newsom.

Chiang said he supported universal care but advised the state should take an incremental approach, warning about higher taxes.

As for the Republicans, Allen said universal health care would bankrupt the state within months, and Cox warned it would lead to rationing of services.