Farmers in central California will be getting little to no water again from a key water system amid a persisting drought, but exactly how they’re affected will vary.

The Bureau of Reclamation said last week it will not be able to provide some farmers with water from the Central Valley Project, a vast system of dams, reservoirs and canals it oversees in the state.

That means farmers in the agricultural region that produces much of the country’s fruits, nuts and vegetables will again need to find other water sources — or leave land idle as many have done in recent years.

“That’s part of the economics that growers have to work through in deciding what they’re going to plant or irrigate,” said Ara Azhderian, who manages a water district near Fresno that uses Central Valley Project water.

WHAT IS THE CENTRAL VALLEY PROJECT?

It’s one of two large water systems in California that supplies water to farms, cities and others across the state. California oversees the other system, the State Water Project.

The Central Valley Project spans 400 miles (644 kilometers) from north to south and draws from the Sacramento and San Joaquin river basins.

The federal government has more than 270 contracts to deliver water from the system to irrigation districts, farmers and cities. Most of the water is used for agriculture, serving seven of California’s top 10 agricultural counties. Some water also goes to cities and environmental restoration efforts for fish and wildlife. 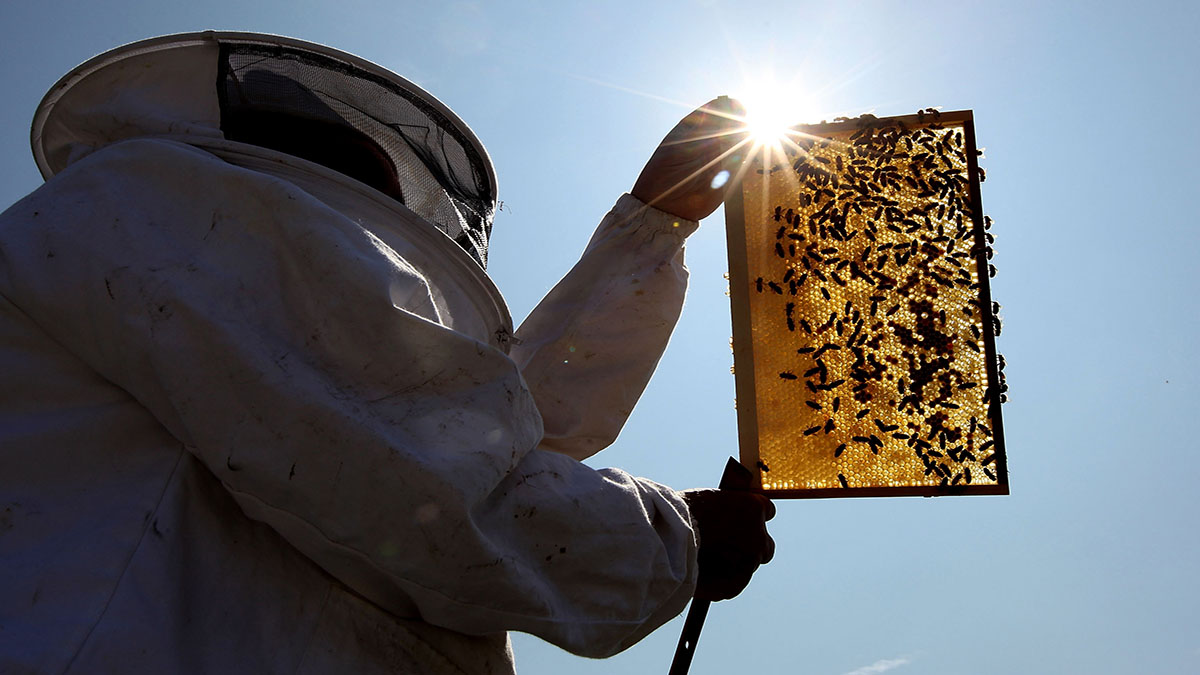 The water cuts won’t affect all farmers in the region equally. California’s water rights system influences who gets how much water and when — especially during dry periods.

Even during times of drought, some farmers with water senior rights are entitled to 75% of their allocations. But this year, even those deliveries could be reduced.

“It’s pretty certain that they’re not going to get their full 75% simply because we don’t have the water available,” said Ernest Conant, Reclamation’s director of the California-Great Basin region.

On the Sacramento River, 145 senior water rights holders have claims to about 20% of the water contracted in the Central Valley Project. In the San Joaquin basin, four large water districts have senior rights, Reclamation said.

Farmers without senior rights, meanwhile, will get none of the water they’re allocated. Cities will get 25% of what they were promised.

WHERE WILL FARMERS GET WATER INSTEAD?

Their options include buying supplemental water from other water users or irrigation districts. Growers can also pump groundwater where it’s available.

Ryan Ferguson, a farmer in central California who grows pistachios, almonds, tomatoes and cotton, said between 40% to 60% of the water on his farm comes from the Central Valley Project. Another third comes from supplemental water bought at a higher price from outside his water district. He’s also relying more on pumped groundwater.

“It gives us some insurance,” he said.

Still, Ferguson said he expects to fallow 40% of his 3,000-acre (1,214-hectare) ranch this year because of insufficient water. He likely won’t be alone.

A study by the University of California Merced found last year’s drought led to 395,100 acres (159,900 hectares) of farmland being idled and 8,745 agricultural lost jobs, resulting in $1.2 billion in losses.

HOW UNUSUAL IS THIS?

Water managers and farmers have grown accustomed to cuts in recent years and expected the announcement.

Farmers without senior rights also got no water from the Central Valley Project in 2014 and 2015. They got half of what was allocated in their contracts in 2020. Last year, they started with 5% of their allocation and ended the year at 0% as drought gripped the state.

Getting less than half of its allocated water has become typical for the Westlands district over the last 30 years, Gutierrez said.

If the coming months bring wetter weather, the federal government could end up providing some water to farmers.

“But even if we get a miracle March, it’s going to be a pretty low allocation like last year,” said Conant from Reclamation.

WHAT’S BEHIND THE CUTS?

In short, drought. Last year was the second-driest year in California based on precipitation levels amid a 22-year megadrought enveloping the West. Heavy rain in October and December brought some hope, but January and February were extremely dry.

That has left many reservoirs in the state at or near historic lows.

Much of California’s water supply comes from melting snow from the Sierra Nevada mountains. And snowpack levels there are currently 63% of the average for this time of year.