EXPLAINER: Why Home Protection Is Important in Wildfires

Wildfires have destroyed nearly 50,000 homes in California alone in the last five years, and scientists say global warming is only making things worse.

While much attention is focused on managing overgrown forests, fire managers say it’s equally crucial to increase the fire resistance of homes and the area immediately around them, known as “defensible space.”

California fires have burned more than 3,075 square miles (7,964 square kilometers) so far in 2021, destroying more than 3,000 homes, commercial properties and other structures. Some large fires have also threatened communities, including Lake Tahoe, a major vacation destination. The latest destructive blaze to send residents fleeing this year, the Fawn Fire, has charred more than 13.4 square miles (34.7 square kilometers) of heavy timber and destroyed 185 homes and other buildings.

A California legislative analysis on Thursday called defensible space a key way to limit wildfires’ destructiveness, but said there should be better enforcement to make sure homeowners in fire-prone areas comply.

Defensible space “not only helps to protect that home, it also reduces the risk that the wildfire will spread to neighboring homes, thereby helping to protect communities,” analysts said.

In California, homeowners are required to maintain defensible space, but analysts said enforcement efforts “are complicated by the fragmented and overlapping nature of state and local responsibilities,” along with scarce data and research; homeowners' lack of resources and motivation; and agencies' lack of funding and staffing.

Hotter and drier weather coupled with decades of fire suppression have contributed to an increase in the number of acres burned by wildfires, fire scientists say. And the problem is exacerbated by a more than 20-year Western megadrought that studies link to human-caused climate change.

“All of these things are contributing to these large and damaging fires — and they're also contributing to communities and structures being part of the fuel,” said Thom Porter, director of California's firefighting agency. 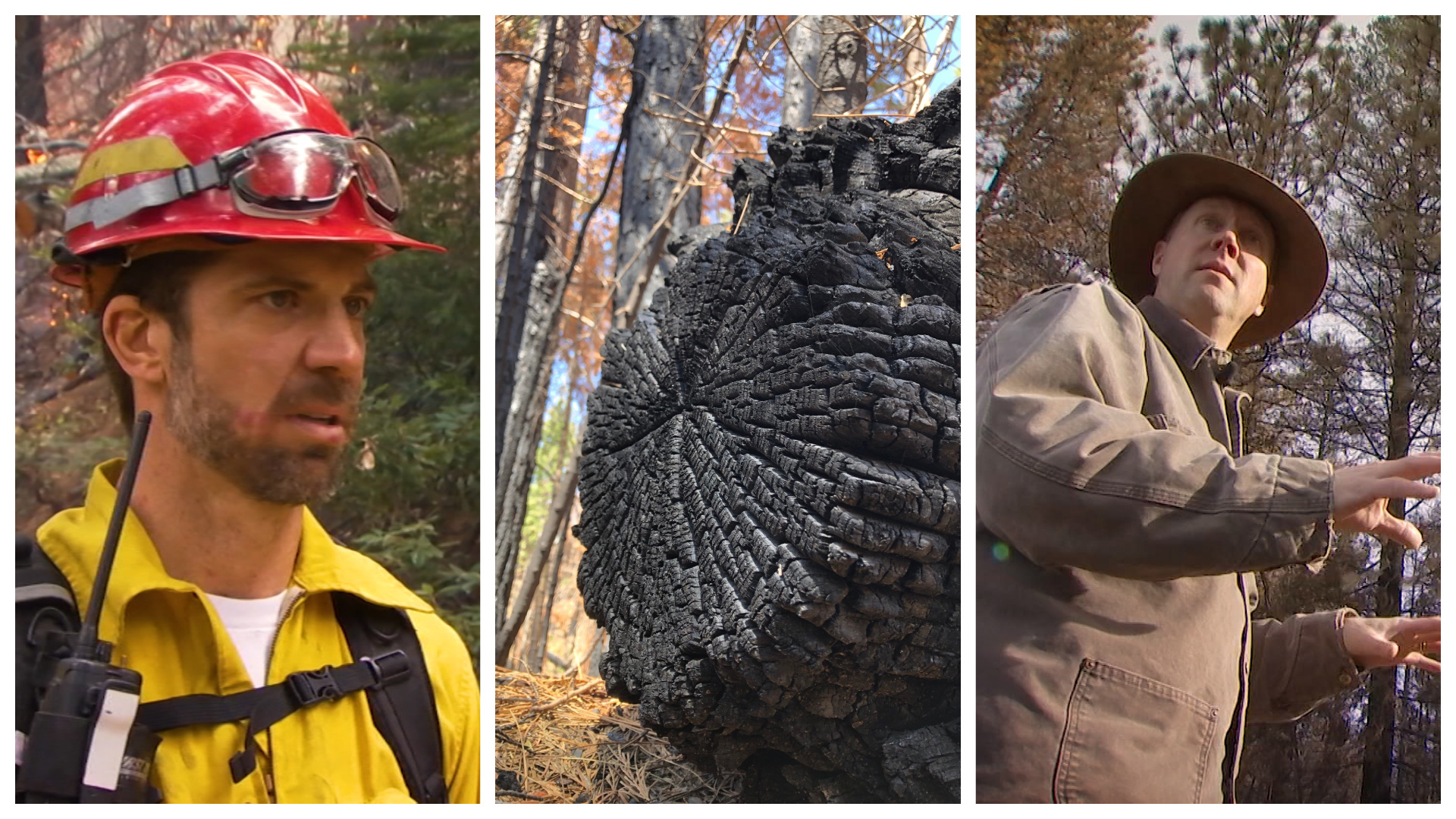 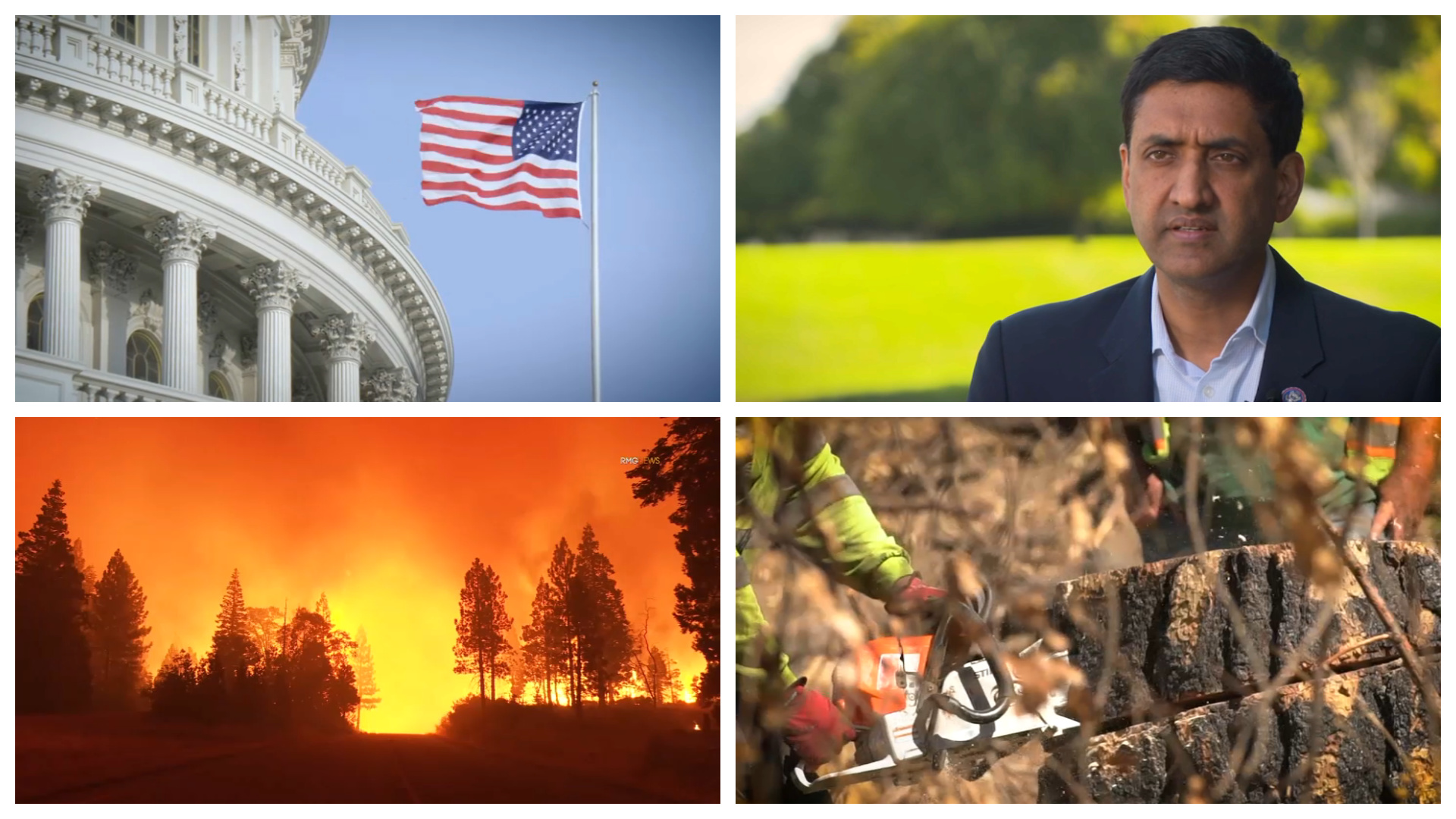 WHAT IS DEFENSIBLE SPACE?

California requires property owners to reduce flammable materials within100 feet (30.5 meters) of rural homes and those in what are defined as very high fire hazard areas, even within towns and suburbs.

That's an increase from the 30 feet (9 meters) of clearance that was required until 2005, but experts say that the area on and around each house is still the most important to tackle. Start by removing dead leaves and pine needles from rain gutters and work outward to the areas that are farther from the house.

A 2020 California law creates a new “ember-resistant” zone that bars flammable materials, including things like wooden fencing and mulch, within 5 feet (1.5 meters) of vulnerable homes.

The requirement won't take effect until the Board of Forestry and Fire Protection develops regulations by Jan. 1, 2023, but officials are urging homeowners to voluntarily comply now.

Since July 1, 2021, California requires those who sell property located in a high or very high fire hazard severity zone to have documentation that the property passed an official defensible space inspection.

It also has grant programs to help homeowners and mobile trailers with equipment like chain saws and weed trimmers to clear defensible space.

WHAT ARE OTHER STATES DOING?

California has the most stringent defensible space law in the West, said Daniel Berlant, California’s chief of wildfire planning.

But Oregon Gov. Kate Brown in July signed a wildfire bill that includes setting standards for defensible space around homes. California officials are helping their northern neighbors develop the regulations.

Nevada urges 100 feet (30 meters) of defensible space, while Reno and Lake Tahoe are among communities that offer help for homeowners.

Critics of the Oregon legislation fear it will force too many homeowners to remove too much vegetation from around their homes. But “what we’re looking for are park-like settings,” said Berlant. “It’s well manicured, it’s green.”

“The severity of wildfires that we are experiencing today is off the charts from where it was just 10 years ago," said Berlant.

Defensible space has always been important in rural areas. But California is remapping its fire severity areas and with changing conditions is likely to move more urban areas into higher risk zones that require defensible space.

“Even homes in subdivisions that may be half a mile or a mile away from the forest really have to be thinking about these type of preparations,” he said. "We have seen, fire siege after fire siege, homes that are in the middle of urban areas be destroyed because embers are being carried by the wind under extreme conditions way ahead of the fire itself."

WHAT ABOUT MY HOUSE?

Along with defensible space around homes, experts say there are simple ways to protect houses themselves from flying sparks.

They include things like installing tight screens on attic vents under the eaves and using caulk to fill holes in siding.

The goal is “increasing the home’s armor against embers,” said Berlant. "A lot of these are very low cost, easy to do.”

California created a homeowner's checklist and an online assessment to help guide homeowners on what they can do.

Associated Press writers Gillian Flaccus in Oregon and Scott Sonner in Nevada contributed to this story.